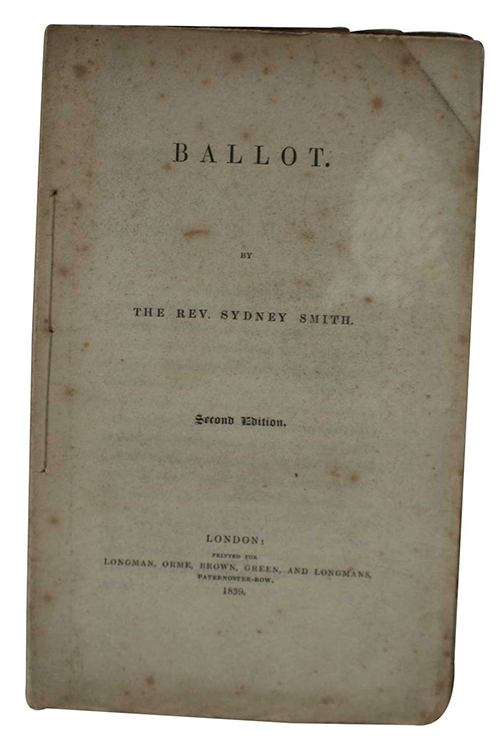 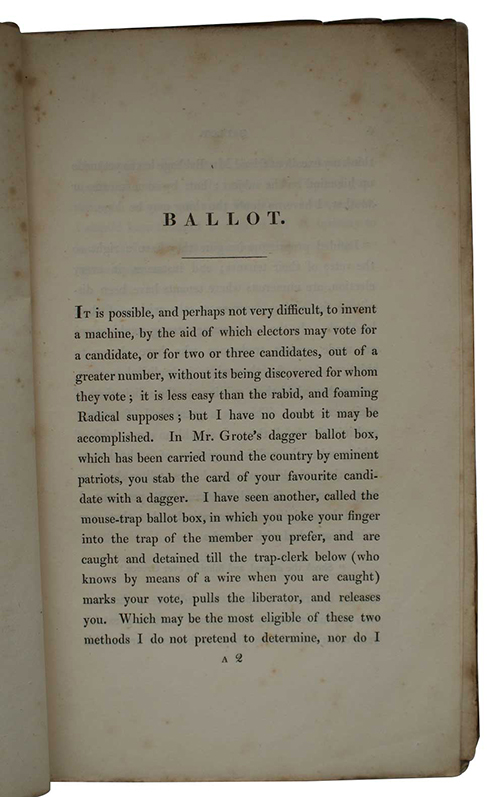 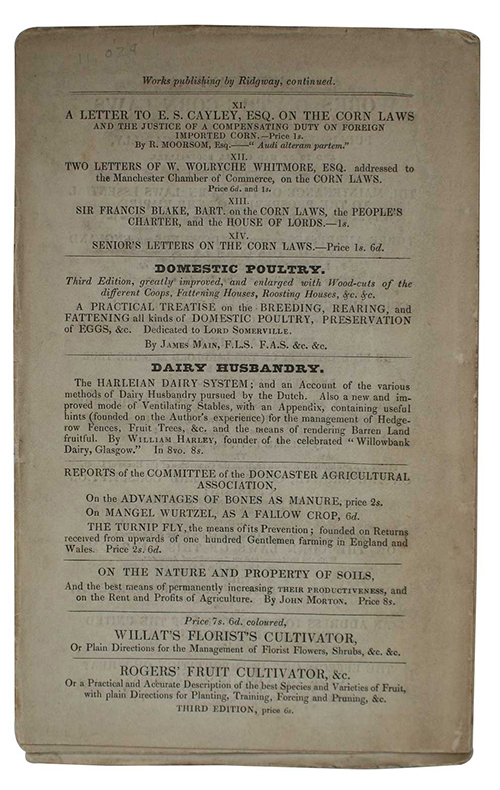 London. Longman, Orme, Brown, Green, and Longmans, 1839. Second edition.
Call us Email us
8vo. 46pp, [2], [8] ads. Unbound. Some dust-soiling, occasional foxing.
The work of clergyman and wit Sydney Smith (1771-1845), Ballot is an eloquent and humorous series of arguments in defence of open voting. Despite continuing to claim whig sympathies, Smith became increasingly conservative during the late 1830s. He contended that one should be prepared to stand up for ones political beliefs, and that it is incorrect to 'seek for liberty by clothing ourselves in the mask of falsehood, and trampling on the cross of truth'. Following an overwhelmingly positive reception, Smith's brother Bobus said of Ballot; 'Since the days of Pascal no such piece of Irony, involving so much wisdom, had ever been penned'.
£ 50.00 Antiquates Ref: 11029
This site uses cookies.Find out more.