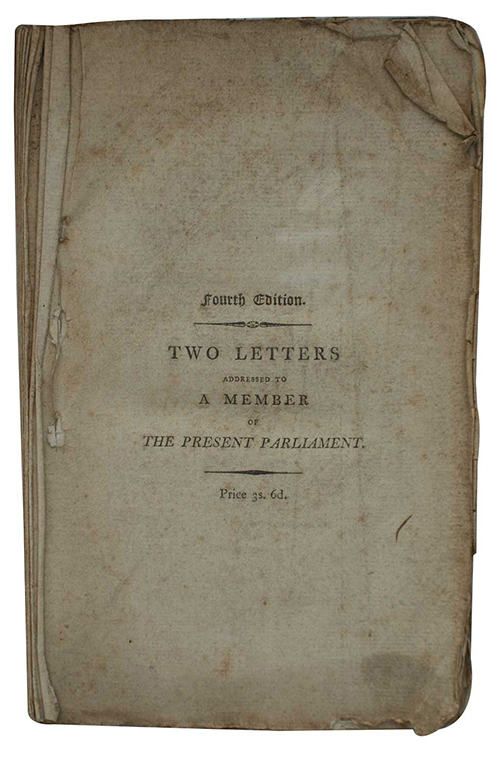 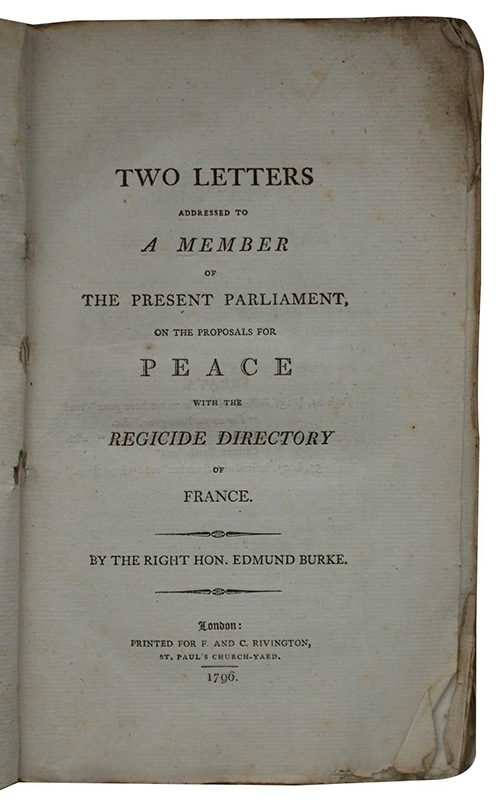 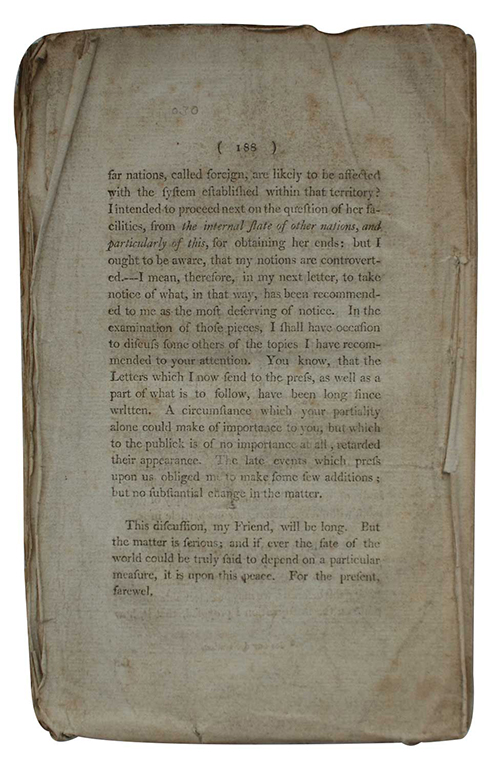 BURKE, Right Hon. Edmund. Two letters addressed to a member of the present Parliament, on the proposals for peace with the regicide directory of France.

London. Printed for F. and C. Rivington, 1796. Fourth Edition.
Call us Email us
8vo. [4], 188pp. With half-title. Uncut, stitched as issued. Light dust soiling to half-title and final page, occasional spots of foxing.
The thoughts of Irish statesman and philosopher Edmund Burke (1729-1797) on the means of achieving a cessation of hostilities regarding the Anglo-French War of 1793-1802. Burke emphasises the extent to which the interests of Britain and Europe coincide whilst warning against appeasement on the part of the government and denigrating the newly founded French Republic.
ESTC T52081.
£ 100.00 Antiquates Ref: 11030
This site uses cookies.Find out more.