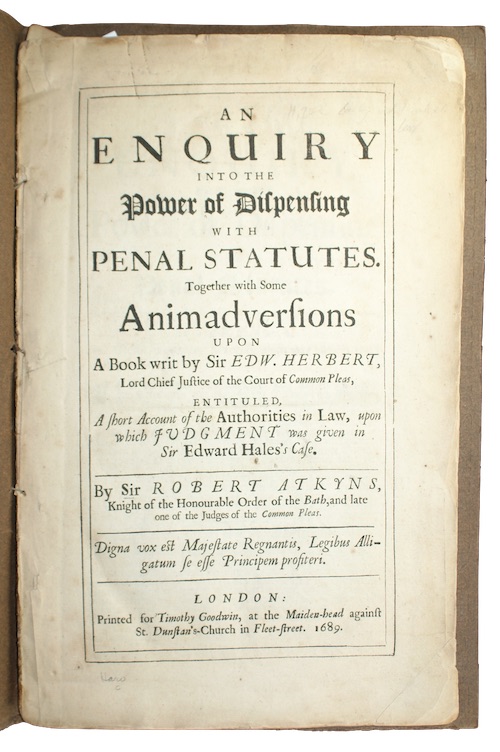 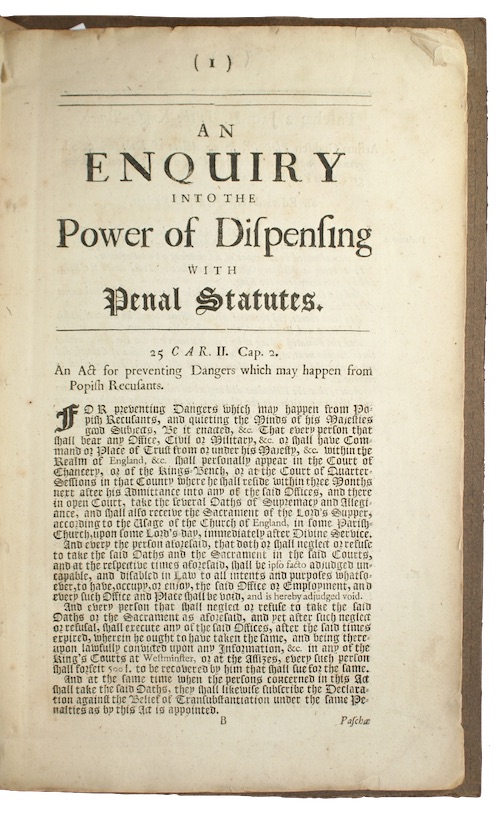 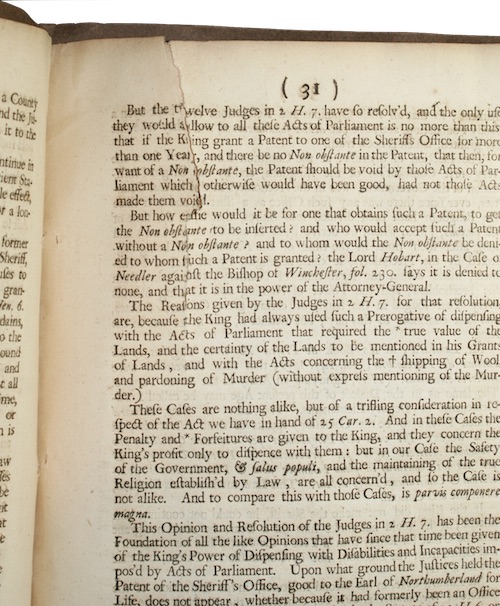 ATKYNS, Sir Robert. An enquiry into the power of dispensing with penal statutes. Together with some Animadversions upon A Book writ by Sir Edw. Herbert, Lord Chief Justice of the Court of Common Pleas, entituled, A Short Account of the Authorities in Law, upon which judgment was given in Sir Edward Hales's Case.