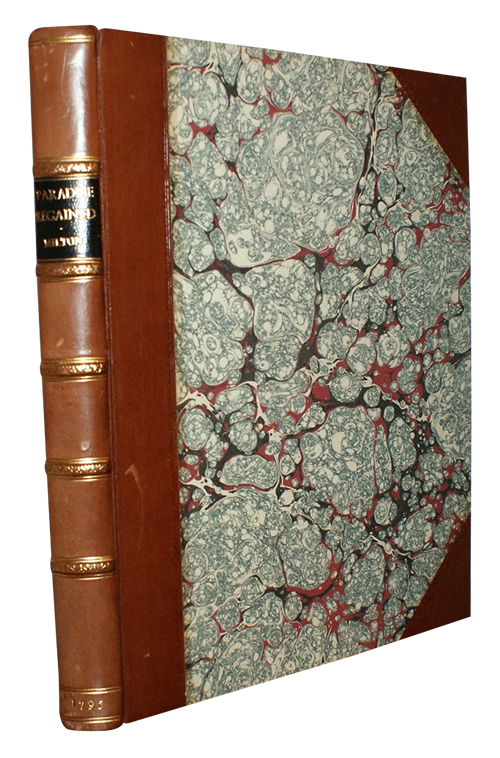 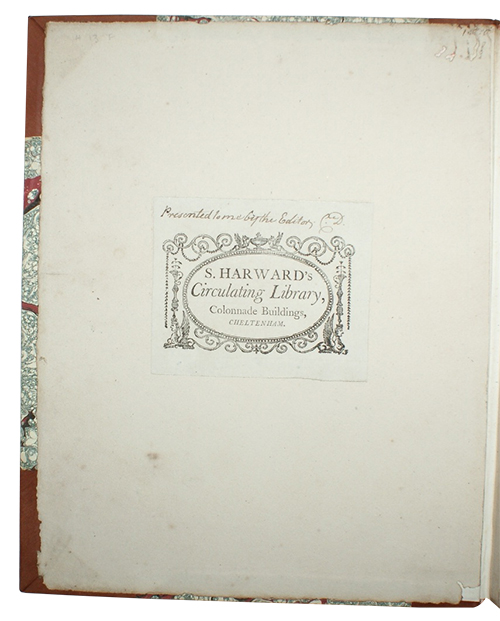 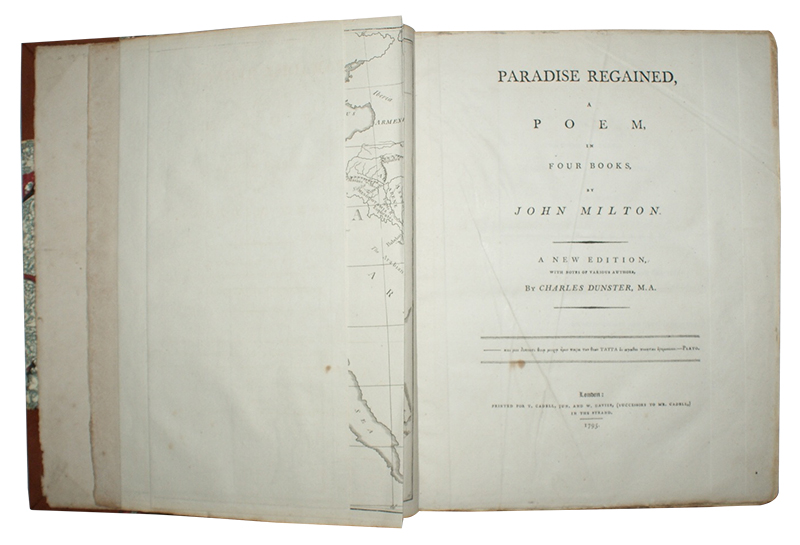 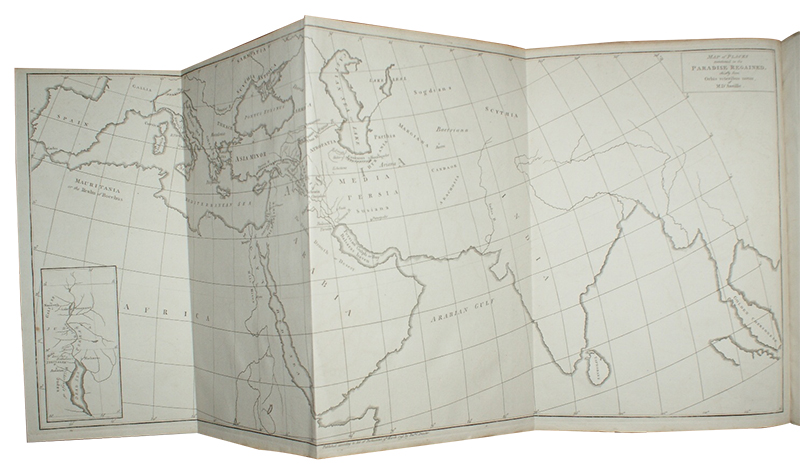 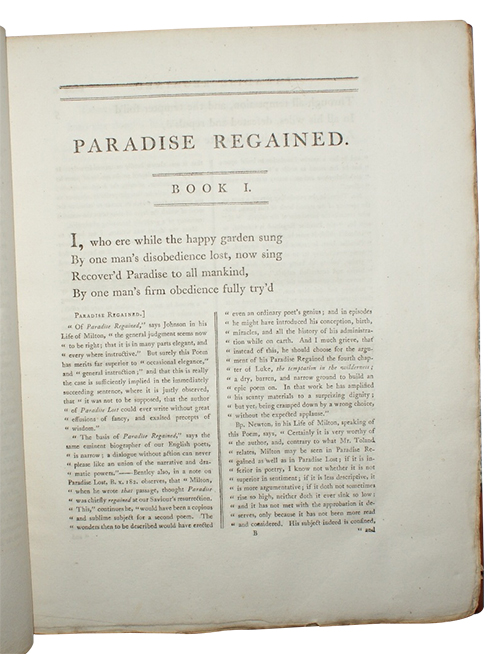 PRESENTED TO A CIRCULATING LIBRARY

London. Printed for T. Cadell, Jun, and W. Davies, (successors to Mr. Cadell), 1795. First Dunster Edition.
Call us Email us
Quarto. [4], iv, [4], 280pp. With large folding map of the Mediterranean and Middle East as frontispiece. Uncut in recent half calf over marbled boards, contrasting title label, gilt. Very slight rubbing to spine, else a fine copy. A little marginal worming to preliminaries. With attractive contemporary bookplate of S. Harward's Circulating Library, Colonnade Buildings, Cheltenham to FEP, inscribed 'Presented to me by the Editor, C.D.'
Charles Dunster (1750-1816), Anglican clergyman. His literary works, which include a translation of Aristophanes and an edition of John Philip's poem Cyder, were generally adorned with detailed notes - and this scholarly edition of Milton's Paradise Regained proves no exception. Harward's circulating library (which had two branches, at the Collonade and in the High St.) appears to have been the most significant of three in Cheltenham at the turn of the eighteenth-century; at the very least it attracted the healthiest praise from John Feltham in his A guide to all the watering and sea-bathing places (London, 1813).
ESTC T134632.
£ 275.00 Antiquates Ref: 11352
This site uses cookies.Find out more.