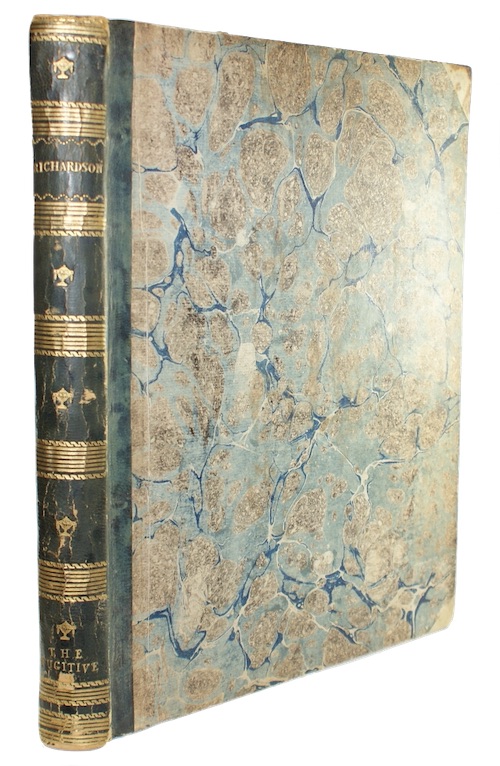 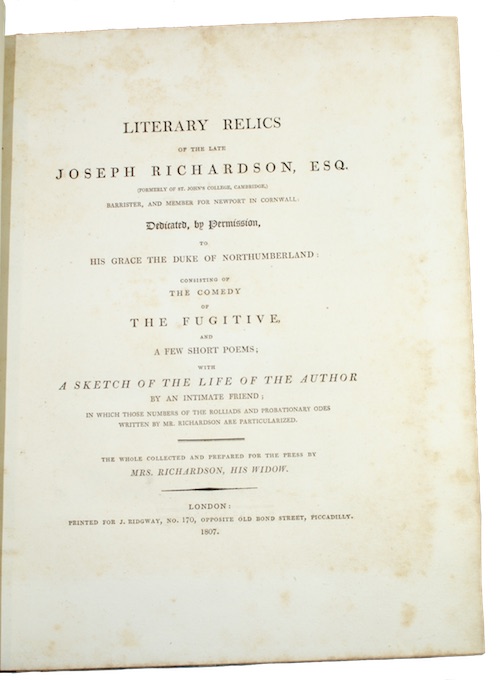 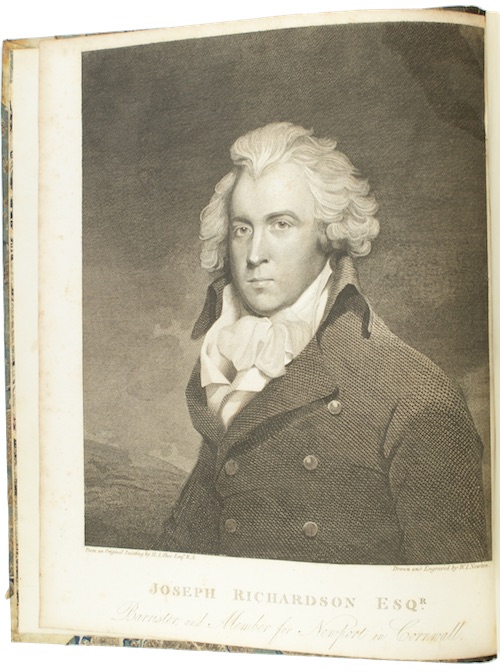 RICHARDSON, Joseph. Literary relics of the late Joseph Richardson...consisting of the comedy of the fugitive, and a few short poems; with a sketch of the life of the author...

London. Printed for J. Ridgway, 1807. First edition.
Call us Email us
Quarto. xiv, [6], 176pp. With an engraved portrait frontispiece and a list of subscribers. Handsomely bound in contemporary morocco backed marbled boards cornered in vellum, gilt. Rubbed, slight chipping to spine. Marbled endpapers, internally clean and crisp. Subscriber's copy, from the library of the Earl of Guilford, with his armorial bookplate to FEP.
A brief account of writer and politician Joseph Richardson (1755-1803), compiled by his widow Sarah Fawcett (a descendant of hymn writer Isaac Watts). Upon Richardson's death Fawcett continued to draw 10 guineas a week from Drury Lane Theatre, a share of which her husband had purchased through a loan from the duke of Northumberland. The duke cancelled the debt owed, leading Fawcett to dedicate Literary Relics to him in deference. The money raised from subscriptions to the work provided further relief for the struggling family.