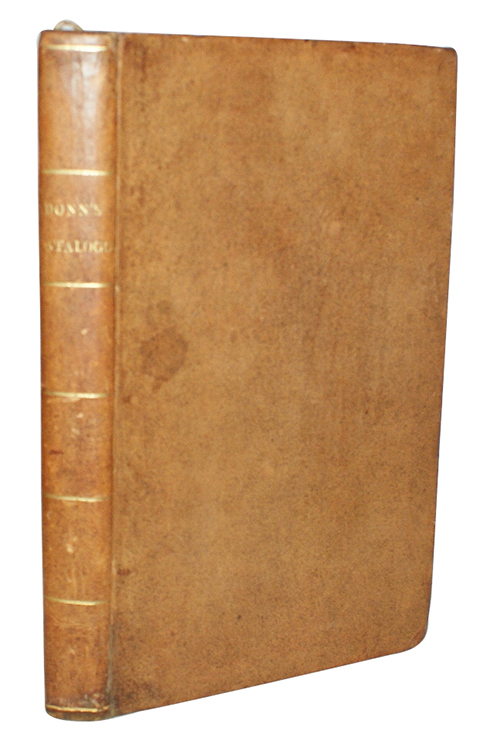 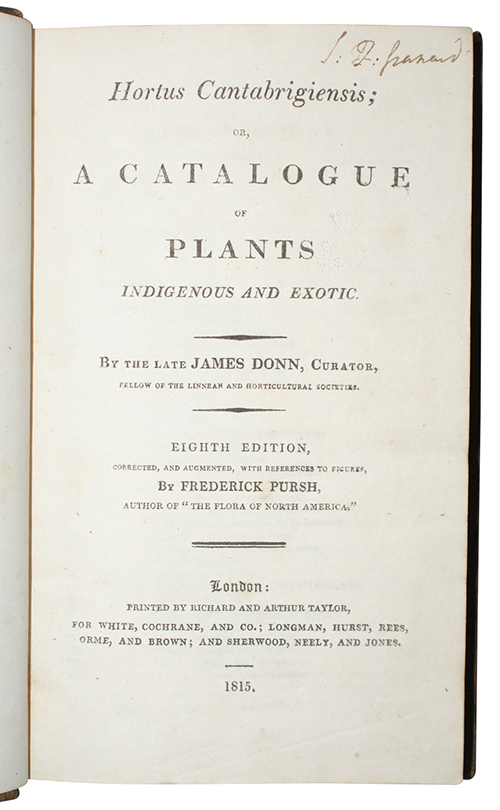 London. Printed by Richard and Arthur Taylor, for White, Cochrange, and Co..., 1815. Eighth edition.
Call us Email us
8vo in 4s. [4], 355pp, [1]. Handsomely bound in contemporary speckled calf. Neat repair to lower joint at base of spine, very slightest of rubbing to extremities, else a fine copy. With the armorial bookplate of S.F. Granad, with motto 'Time Tryeth Truth', ink inscription of the same to head of title/p.9, and small pin-prick book-stamp to title and initial leaves of text.
Trained under the first director of Kew Gardens, William Aiton and a protege of naturalist Joseph Banks, botanist James Donn (1758-1813) is remembered primarily as a curator of the Cambridge University Botanic Gardens - the plants of which are described in the work here presented. His devotion to biological taxonomy would see him made a fellow of the Linnean Society in 1812.

Frederick Pursh (1774-1820) German-American botanist who made great contributions to the cataloguing of flora within the United States. As a colleague of naturalist Benjamin Smith Barton, in 1805 Pursh studied and described the plants collected on the recently completed Lewis and Clark Expedition.
£ 125.00 Antiquates Ref: 11561
This site uses cookies.Find out more.