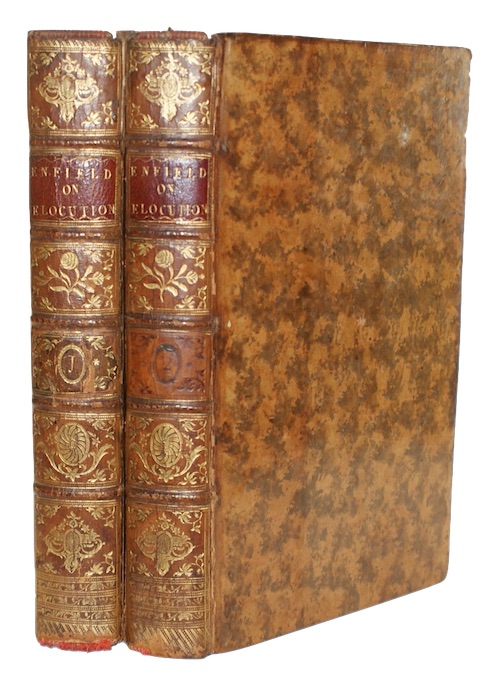 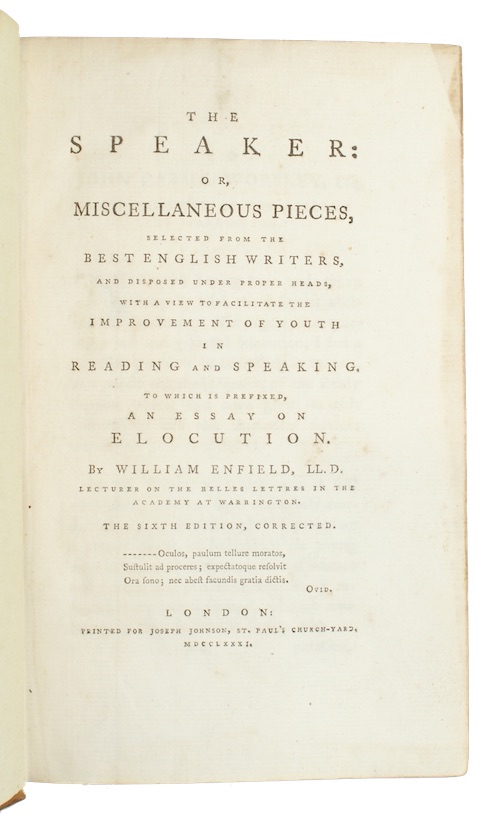 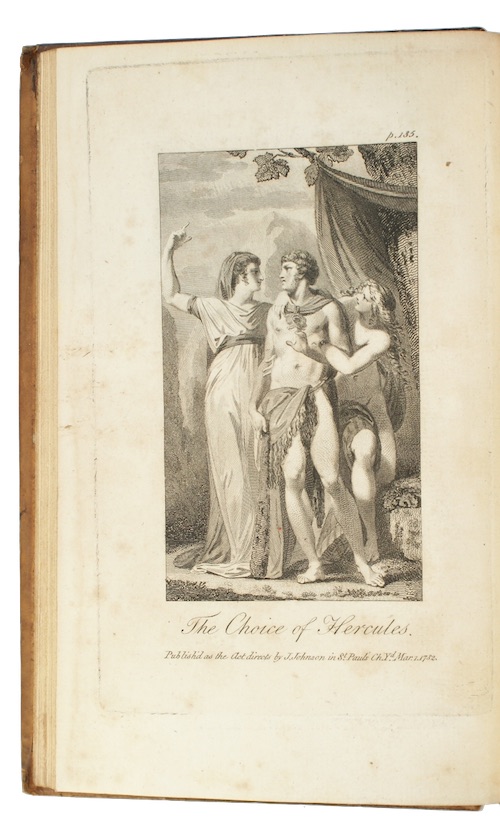 ENFIELD, William. The speaker: or, miscellaneous pieces, selected from the best english writers...

London. Printed for Joseph Johnson, 1781. Sixth edition.
Call us Email us
xxxiv, 405pp, [1]. With an engraved plate, misbound from second title. This octavo edition appears to be the same setting of type as the duodecimo printing of the same edition and year.

[Bound uniformly with;] ENFIELD, WIlliam. Exercises in elocution...intended as a sequel to a work entitled the speaker. London, Printed by W. Eyres, for J. Johnson, 1780. viii, 424pp. With three engraved plates.

8vo. Attractively bound in contemporary polisher cats-paw calf, contrasting morocco lettering-pieces, spines richly gilt. Rubbing to spines, with loss to head and foot of both, without numeral lettering-piece to Vol. II. Internally clean and crisp, armorial bookplates to both FEPs.
First printed in 1774 The Speaker was the most commercially successful work of Unitarian minister William Enfield (1741-1797). An anthology of literary extracts intended to teach elocution, and produced first for his own pupils, Enfield's Speaker remained in print until the mid-nineteenth-century and inspired many similar anthologies, such as Mary Wollstonecraft's The Female Speaker. Here together with a first edition of the works sequel, Exercises in Elocution.
ESTC N24069, T71552.
£ 150.00 Antiquates Ref: 11659
This site uses cookies.Find out more.