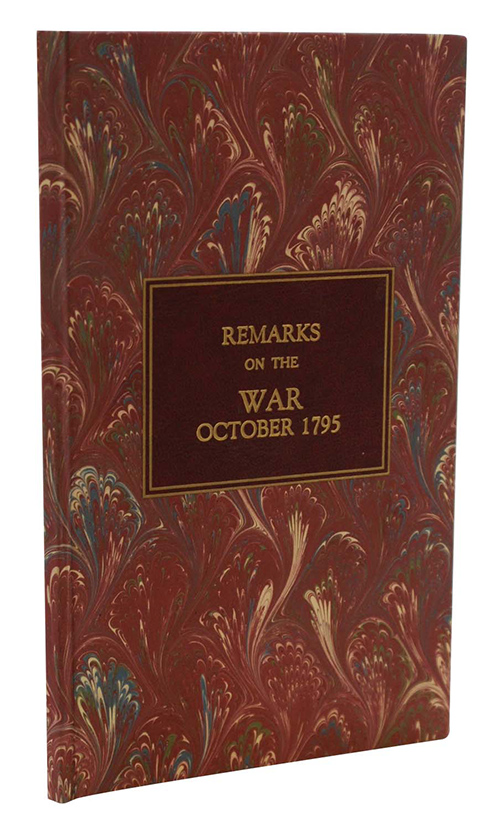 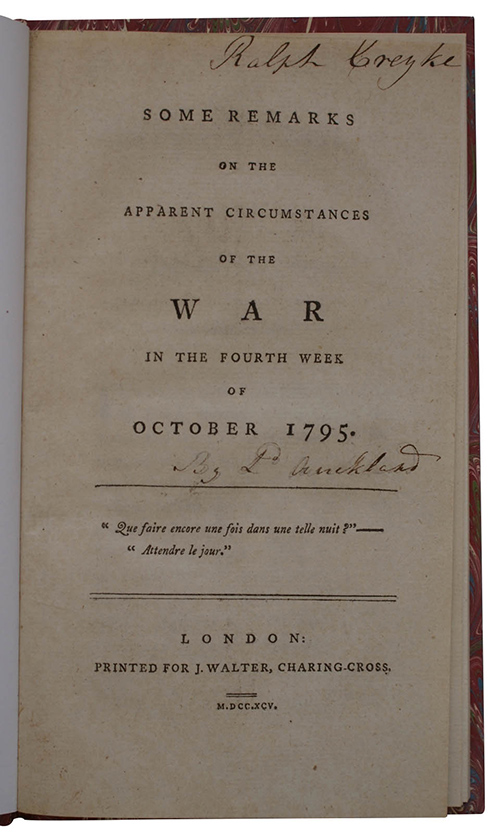 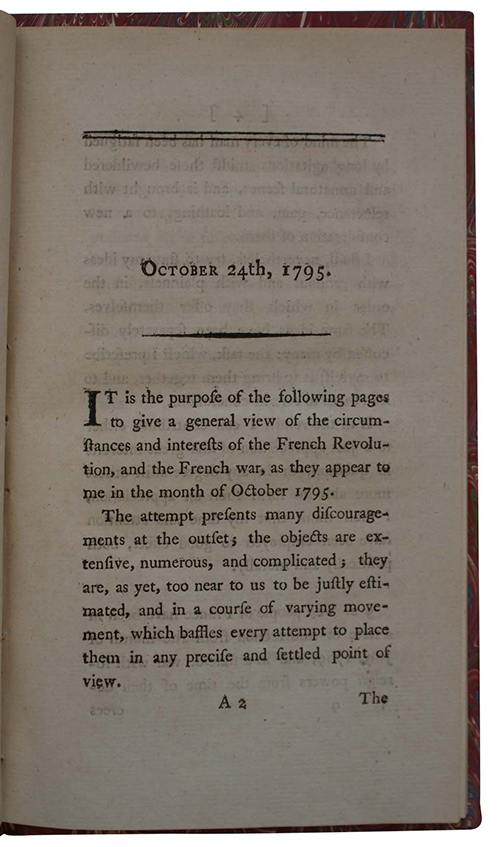 [AUCKLAND, William Eden]. Some remarks on the apparent circumstances of the war in the fourth week of October 1795.

London. Printed for J. Walter, 1795. First edition.
Call us Email us
8vo. 68pp. Recent marbled papers boards, red morocco lettering piece to upper board. Very minor wear to extremities. Contemporary ink annotation and inscription of 'Ralph Creyke' to title, small hole to bottom margin of C3, just clipping text but with no loss of sense.
William Eden, Baron Auckland (1744-1814), political reformer and diplomat. Eden here implicitly argues for a negotiated settlement with France upon the basis of the status of quo ante bellum. The pamphlet proved inspiration for Edmund Burke who, outraged at the possibility of the ministry's intention to negotiate with what he viewed as an illegitimate French government, composed Letters on a Regicide Peace (1796-7), the fourth of which was a refutation of Eden's arguments.
ESTC T49368.
£ 75.00 Antiquates Ref: 11814
This site uses cookies.Find out more.