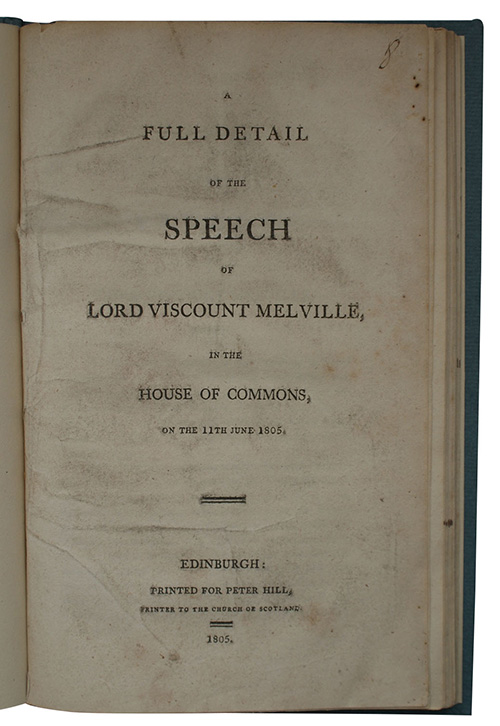 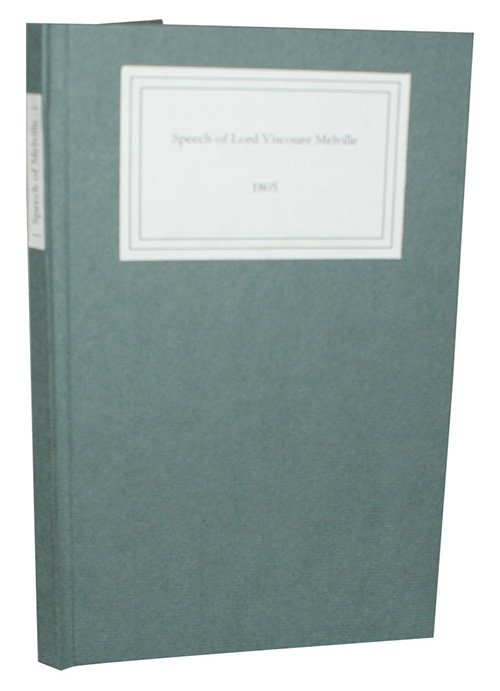 Edinburgh. Printed for Peter Hill, 1805. First edition.
Call us Email us
8vo. [2], 64pp. Recent blue paper boards, printed paper title labels to spine and upper board. Neat ink numeral to head of dust-soiled title, occasional light foxing, short marginal tear to B6.
An address by Henry Dundas, Viscount Melville (1742-1811) regarding accusations of misconduct in his role as treasurer of the Royal Navy during the period of the Napoleonic Wars. A Parliamentary commission had revealed discrepancies within the accounts and instances of the breaking of regulations. The irony being that the legislation that Melville was charged with breaching was that which he himself had passed in 1785 to put right the disorderly finances of the service.
£ 200.00 Antiquates Ref: 11951
This site uses cookies.Find out more.