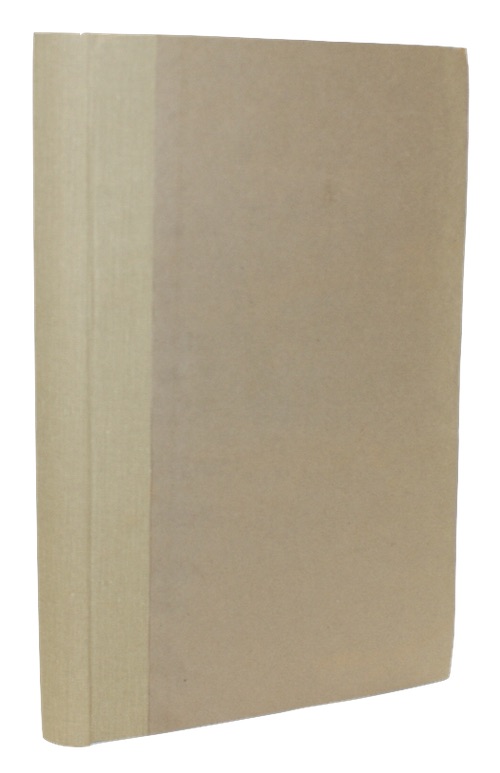 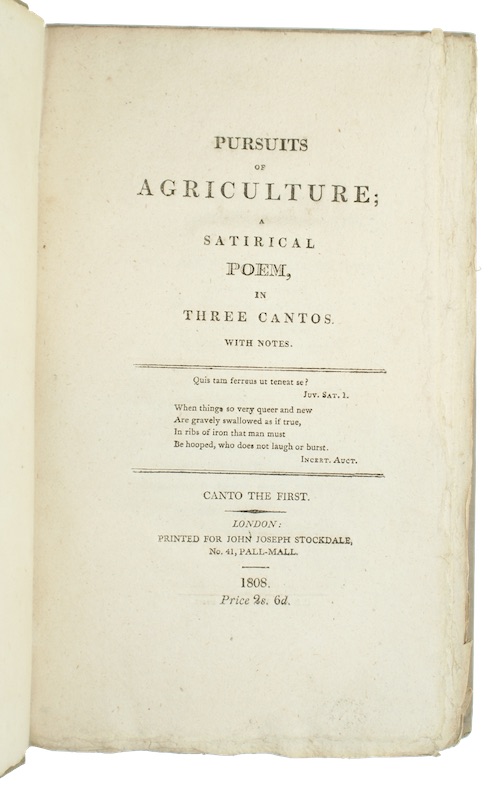 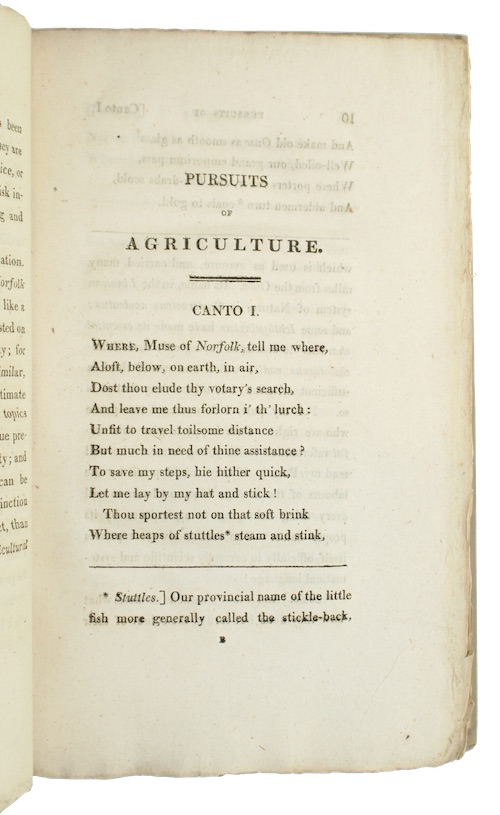 [AGRICULTURE]. Pursuits of agriculture; a satirical poem, in three cantos. With notes.

London. Printed for John Joseph Stockdale, 1808. First edition.
Call us Email us
8vo. Three volumes in one, with continuous pagination. 249, [2], 8pp. With a terminal publisher's advertisement catalogue. Uncut in recent tan cloth-backed plain paper boards. Very minor wear to extremities. Occasional light marginal dust-soiling.
A satire in three cantos, issued over two years but paginated continuously. An imitation of Mathias Pursuits of Literature (London, 1794), agriculture and those involved in the scientific end of the industry in Norfolk, especially the dedicatees of the Norfolk Agricultural Society, are the principle targets here. Notes on the use of technical terms, incidents, amusements (such as dancing) and local dialect generally fill more of the page than the verse itself. There is an argument to be made that R. Forby is perhaps the work's author; he was to publish in 1830 the definitive Vocabulary of East Anglia.
£ 150.00 Antiquates Ref: 12155
This site uses cookies.Find out more.