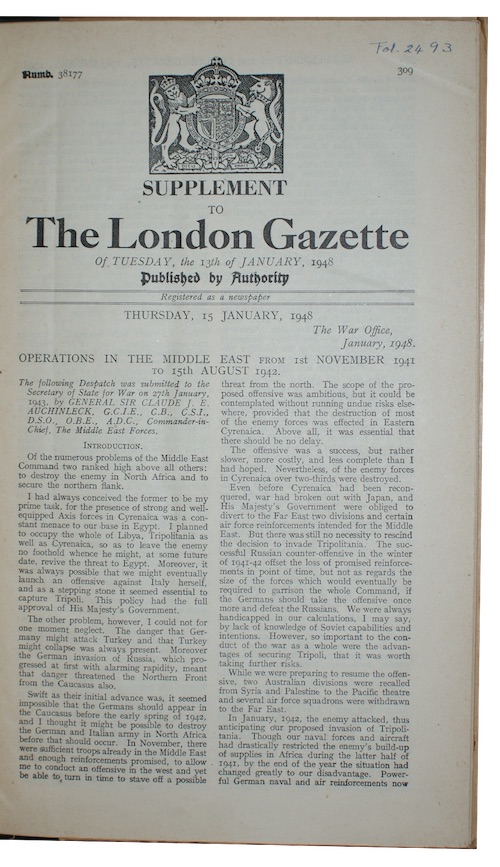 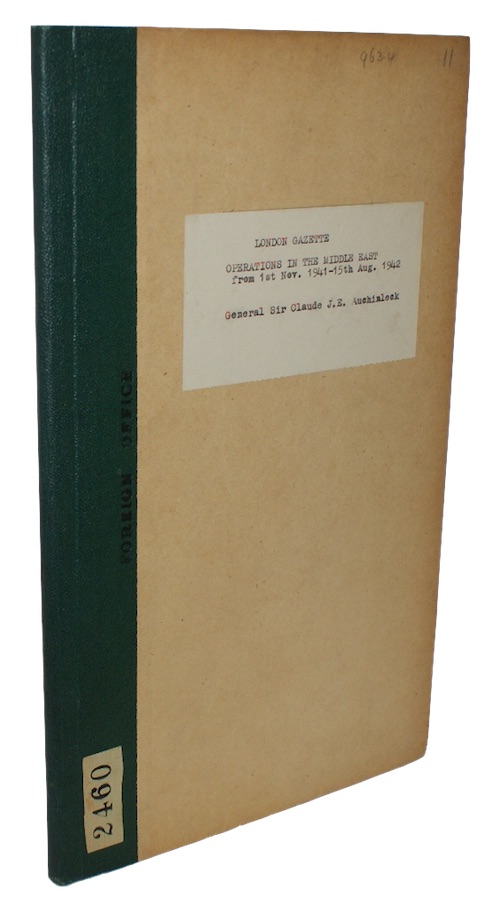 [LONDON GAZETTE]. Supplement to The London Gazette of Tuesday, the 13th of January, 1948: Published by Authority...Operations in the Middle East from 1st November 1941 to 15th August 1942.

[London]. [Printed and Published by His Majesty's Stationery Office], [1948]. First edition.
Call us Email us
Folio. 309-400pp. Contemporary green buckram-backed tan paper boards, typed lettering-piece, printed library shelf-label, and blind-stamp of the Foreign Office to upper board. A trifle rubbed and dust-soiled. Bookplate of the Foreign Office Library to FFEP, internally clean and crisp.
An ex-Foreign Office Library copy of a supplement to The London Gazette - one of the official journals of record of the British Government - published on 15th January 1948, recording despatches submitted to the Secretary of State for War by General Sir Claude J. E. Auchinleck regarding operations staged in 1942 during the Western Desert Campaign, in particular the relief of Tobruk by the Eighth Army.
£ 95.00 Antiquates Ref: 12169
This site uses cookies.Find out more.