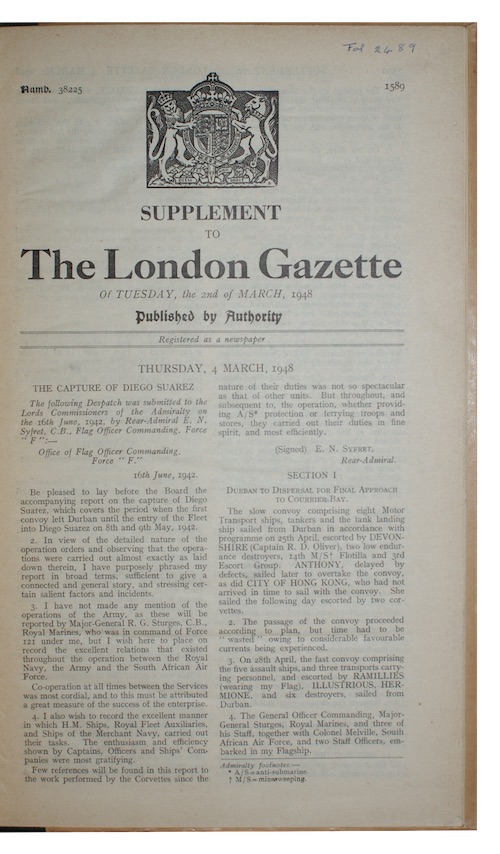 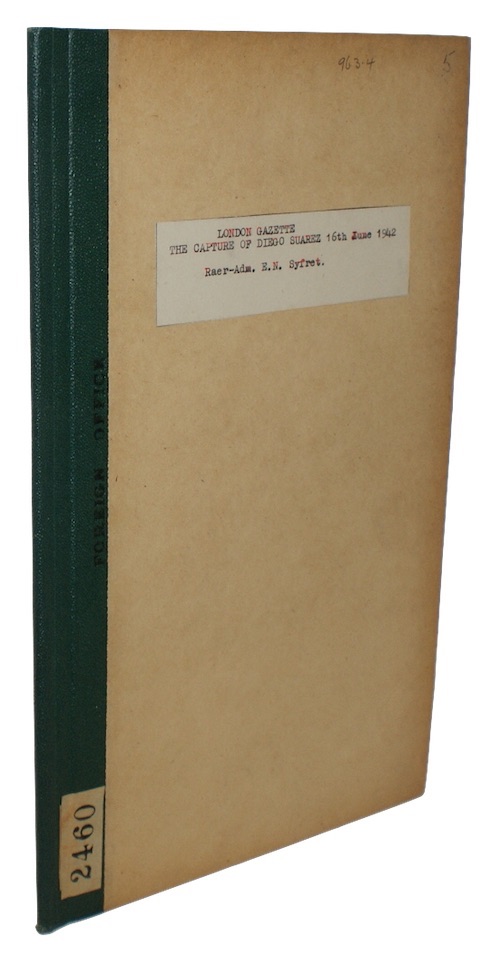 [LONDON GAZETTE]. Supplement to The London Gazette of Tuesday, the 2nd of March, 1948: Published by Authority...The capture of Diego Suarez.

[London]. [Printed and Published by His Majesty's Stationery Office], [1948]. First edition.
Call us Email us
Folio. 1589-1616pp. With two plans (one folding). Contemporary green buckram-backed tan paper boards, typed lettering-piece, printed library shelf-label, and blind-stamp of the Foreign Office to upper board. A trifle rubbed and dust-soiled. Bookplate of the Foreign Office Library to FFEP, internally clean and crisp.
An ex-Foreign Office Library copy of a supplement to The London Gazette - one of the official journals of record of the British Government - published on 4th March 1948, recording despatches submitted to the Lord Commissioners of the Admiralty by Rear-Admiral E. N. Syfret regarding the capture of the port of Diego Suarez, Madagascar from occupying Vichy French forces in May of 1942.
£ 95.00 Antiquates Ref: 12173
This site uses cookies.Find out more.