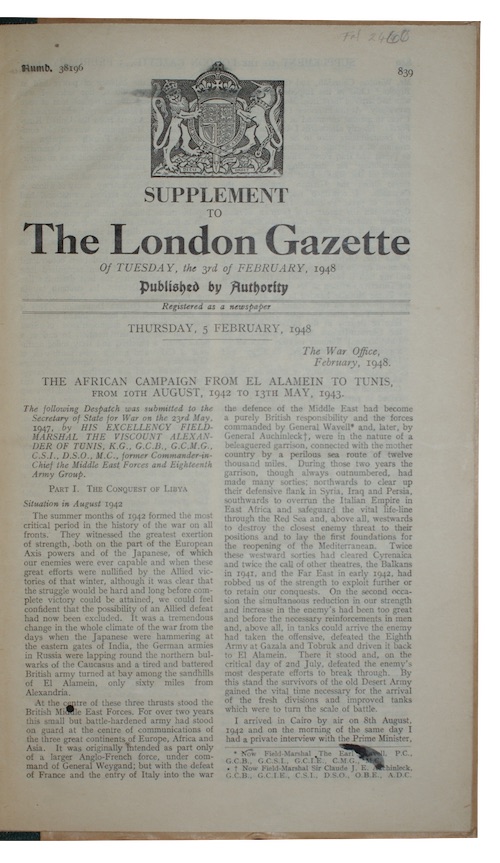 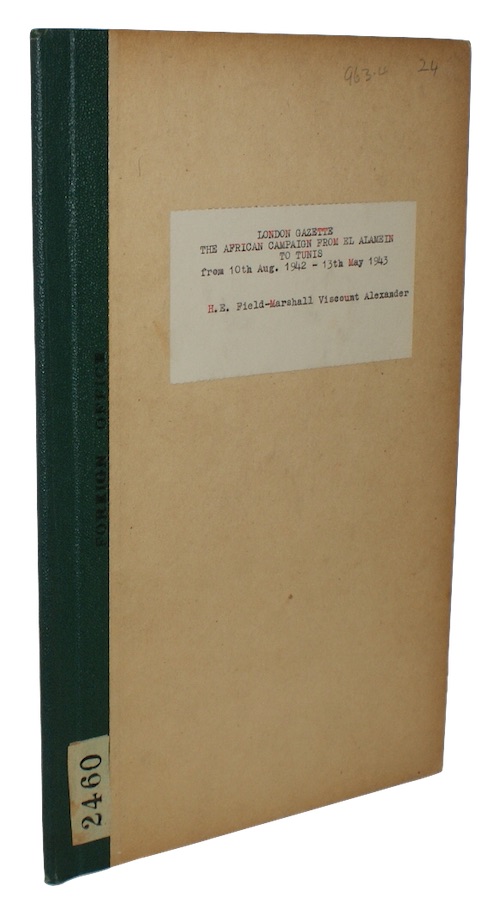 [London]. [Printed and Published by His Majesty's Stationery Office], [1948]. First edition.
Call us Email us
Folio. 839-887pp, [1]. Contemporary green buckram-backed tan paper boards, manuscript lettering-piece, printed library shelf-label, and blind-stamp of the Foreign Office to upper board. A trifle rubbed and dust-soiled. Bookplate of the Foreign Office Library to FFEP, very occasional ink-spotting.
An ex-Foreign Office Library copy of a supplement to The London Gazette - one of the official journals of record of the British Government - published on 5th February 1948, recording despatches submitted to the Secretary of State for War by Field-Marshal the Viscount Alexander of Tunis regarding the North African Campaign, from the Battle of El Alamein to the conclusion of the Tunisian Campaign.
£ 95.00 Antiquates Ref: 12176
This site uses cookies.Find out more.