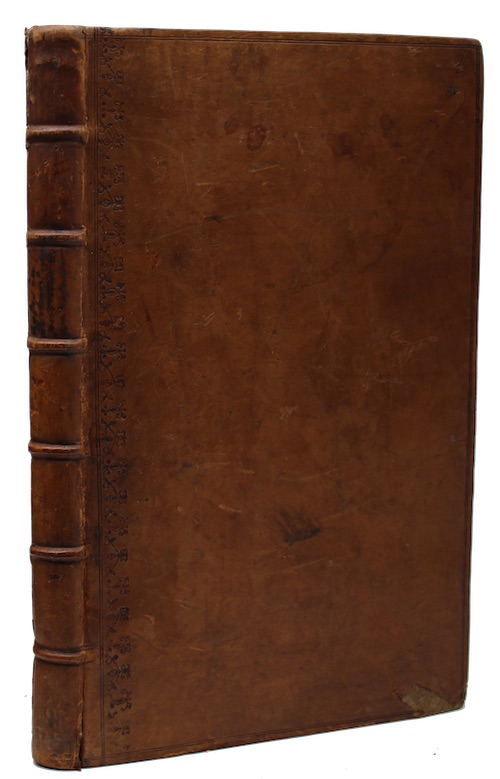 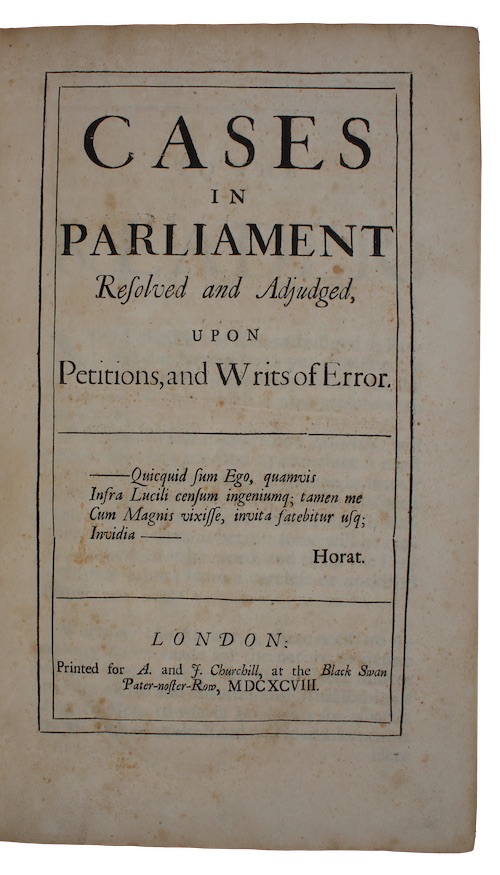 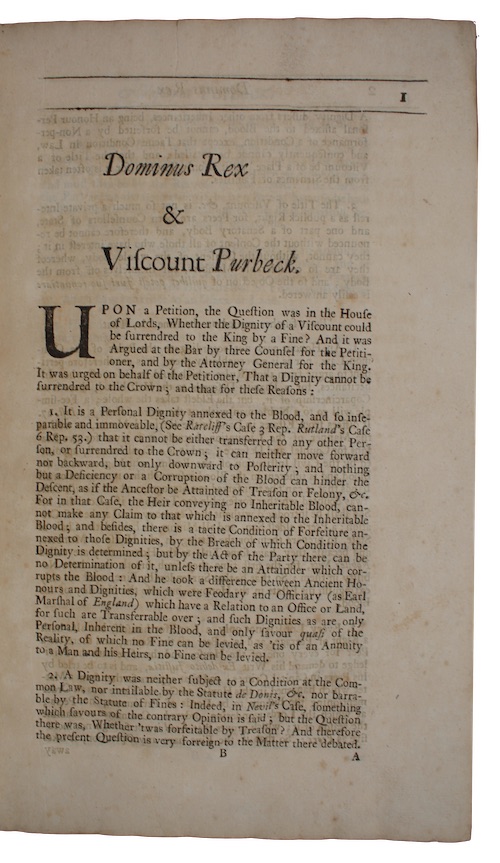 [SHOWER, Bartholomew, Sir]. Cases in parliament Resolved and Adjudged, upon Petitions, and Writs of Error.

London. Printed for A. and J. Churchill, 1698. First edition.
Call us Email us
Folio. [12], 224pp, [2]. Contemporary blind-tooled calf, title in manuscript to spine. Rubbed, marked, and scored, joints split, some surface loss to lower corner of upper board, early calf repair to upper corner. Armorial bookplate of Tervoe to FEP, very occasional later pencilled annotations to margins, scattered spotting.
The first edition of English lawyer, Bartholomew Shower's (1658-1701) compilation of the judicial decisions of the House of Lords. Shower had risen to prominence as a keen supporter of James II, though fell out of political favour following the revolution of 1688. Throughout the latter decade of the century he would defend numerous high profile Jacobites at trial, whilst simultaneously establishing himself as one of the foremost tory spokesmen within the Commons. His reports on the legal cases of the House of Lords, then the final court of appeal in the nation, led to controversy, with the House deeming their publication to be a breach of privilege - printing was duly ceased. The remainder of Shower's records would be published posthumously from his manuscript notes.
ESTC R562, Wing S3650.
£ 175.00 Antiquates Ref: 12232
This site uses cookies.Find out more.