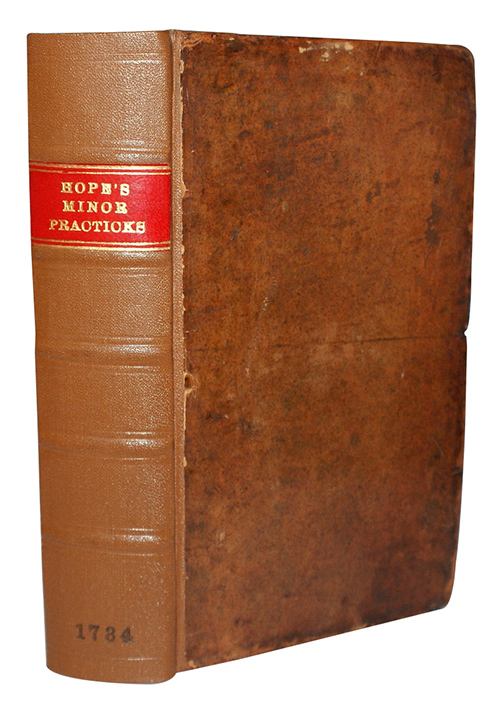 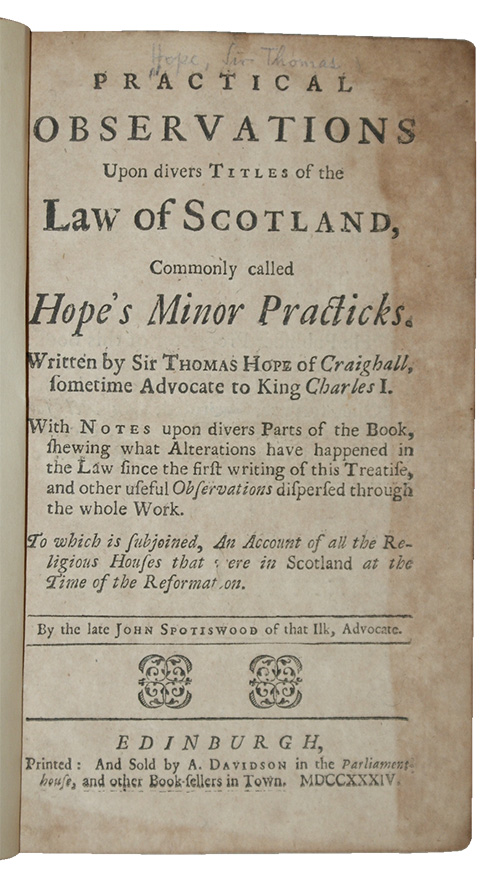 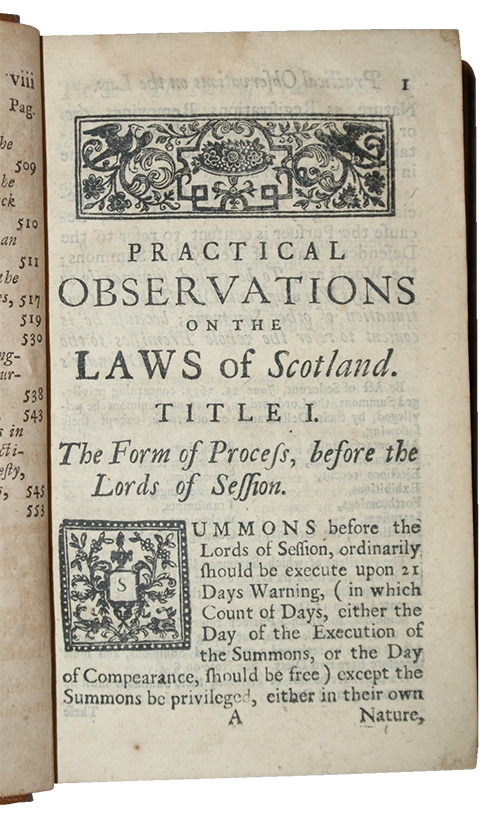 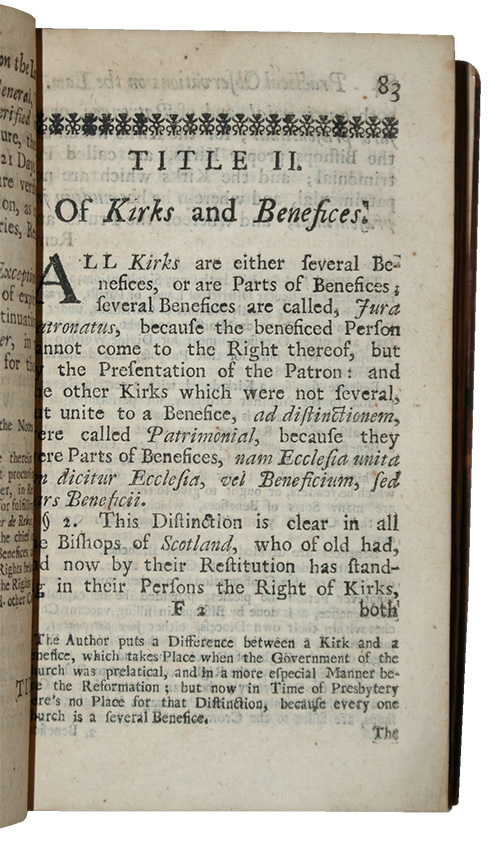 SPOTISWOOD, John. Practical observations Upon divers Titles of the Law of Scotland, Commonly called Hope's Minor Practicks. Written by Sir Thomas Hope of Craighall, sometime Advocate to King Charles I.. With Notes upon divers Parts of the Book, shewing what Alterations have happened in the Law since the first writing of this Treatise...To which is subjoined, An Account of all the Religious Houses that were in Scotland at the Time of the Reformation.