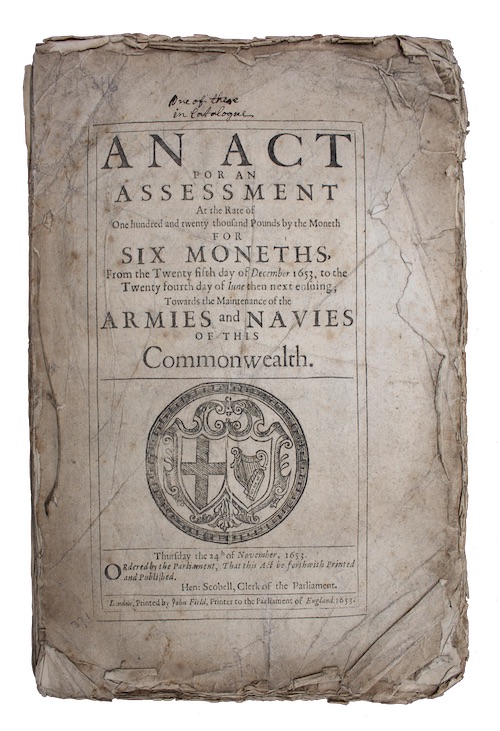 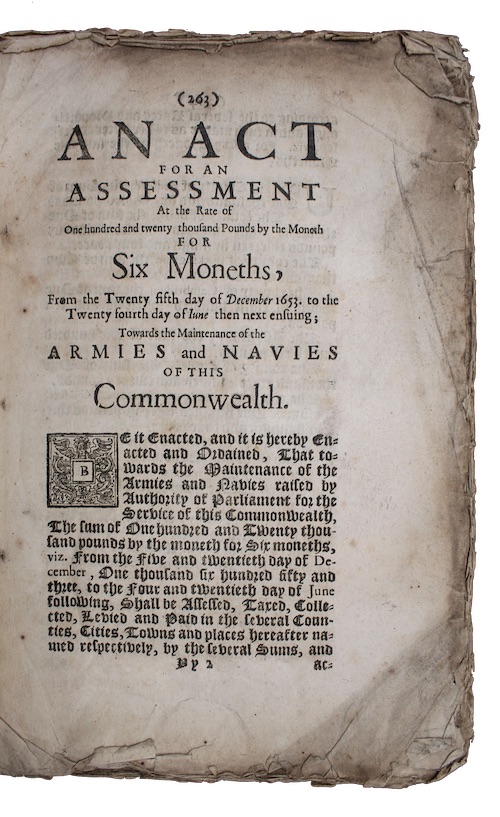 [ACTS - England and Wales, Commonwealth]. An Act for an assessment at the rate of one hundred and twenty thousand pounds by the moneth for six moneths, from the twenty fifth day of December 1653. to the twenty fourth day of Iune then next ensuing; towards the maintenance of the armies and navies of this Commonwealth. .

London. Printed by John Field, 1653.
Call us Email us
Folio. [2], 263-339pp, [1]. Also issued as part of a through-paged folio set, though this uncut copy was clearly part of the separate issue. Armorial woodcut to title. Uncut. Disbound, with remains of original stitching. First and final leaves dust-soiled, final leaf detached, margins frayed, occasional spotting, later inscription 'one of these in catalogue' to head of title.
A financial act passed by Cromwell's Parliament that enforced the levying of £120,000 per month for six months for the maintenance of the army and navy of the Commonwealth. The act lists the specific sum required of each county, proportioned to its population and size, the boroughs of London being listed individually. Thereafter follows a list of the names of the Commissioners in charge of the levy, divided by county, the procedure, their rights and the severe punishments expecting those who refused to pay, from fines to arrest.