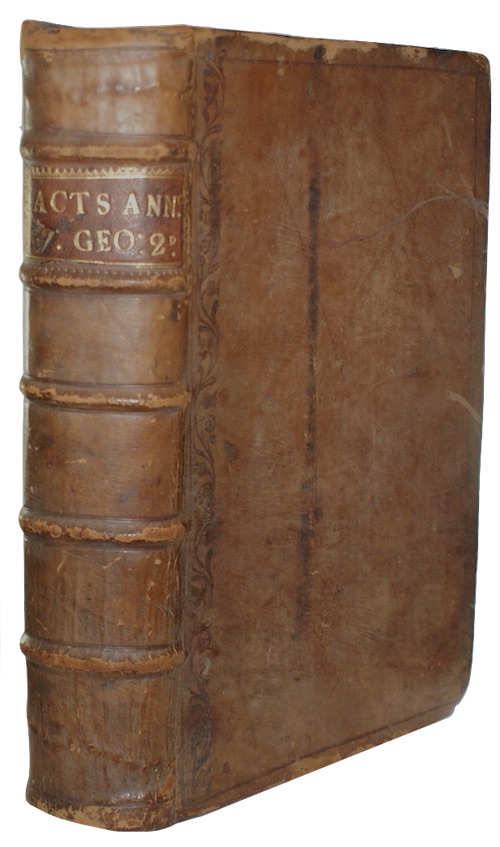 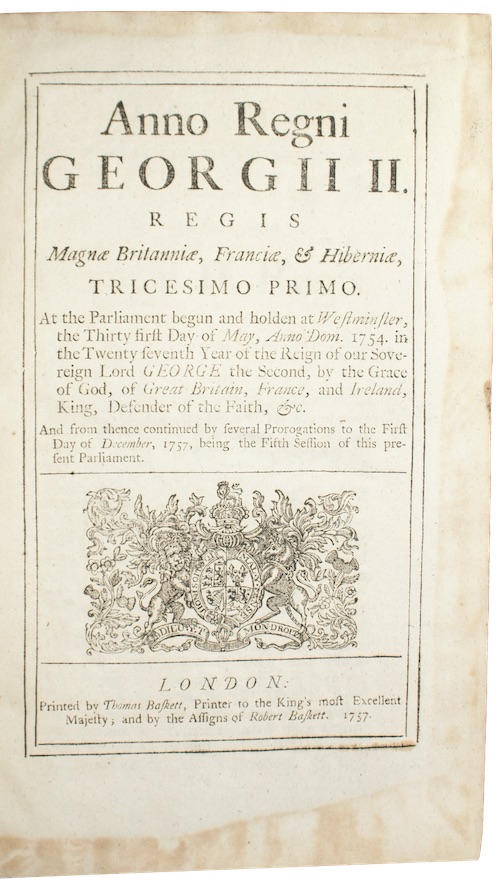 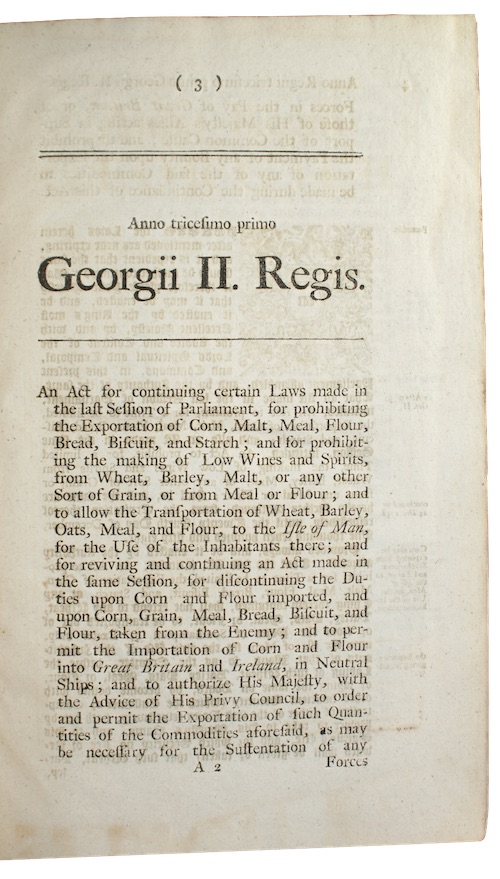 [ACTS - GEORGE II]. Anno Regni Georgii II. Regis...tricesimo primo. At the Parliament begun...the thirty first day of May, anno Dom. 1754...And from thence continued by several prorogations to the first day of December, 1757, being the fifth session of this present Parliament.

London. Printed by Thomas Baskett, 1757 [i.e. 1758]
Call us Email us
Folio. 1043pp, [15]. Contemporary blind-tooled calf, contrasting red morocco lettering-piece. Extremities rubbed, slight splitting to joints. Internally clean and crisp.
The public general Acts passed in the fifth session of the eleventh Parliament of Great Britain, including; several relating to the regulation and discipline of the Army and Marine forces - notably the punishment of mutiny and desertion; an act restraining insurances on foreign ships to and from the East Indies; and acts to continue laws relating to the production and export of sugars in the American colonies.