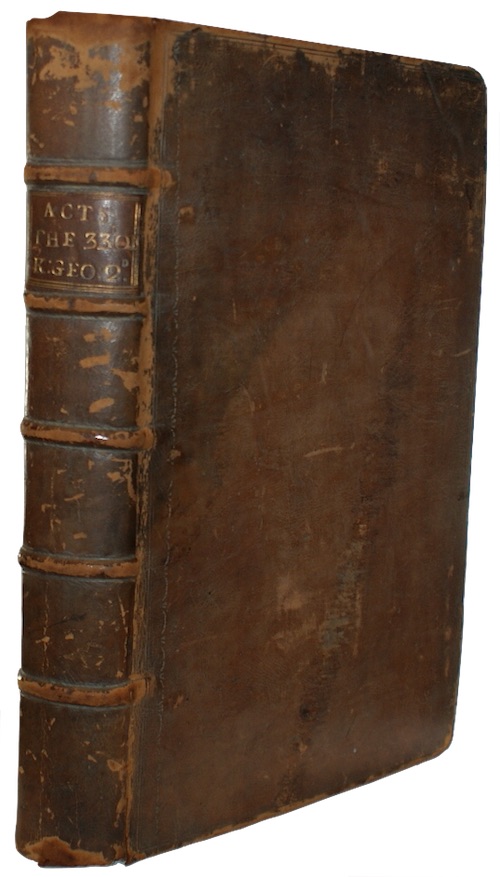 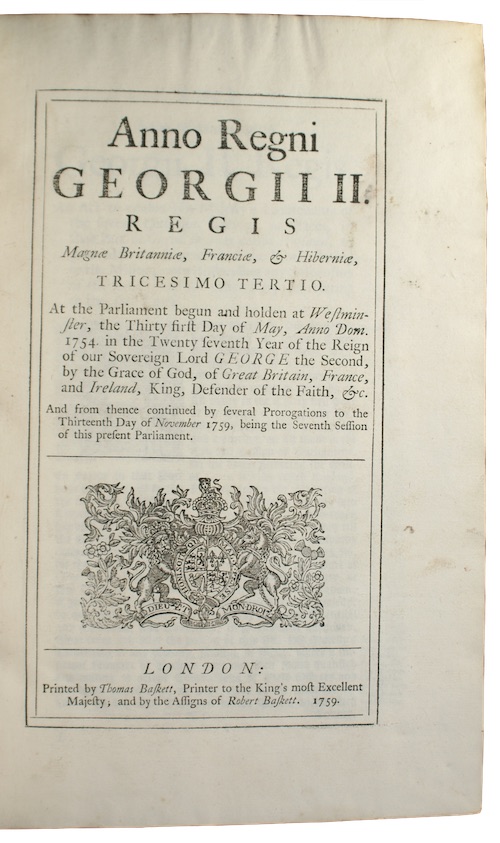 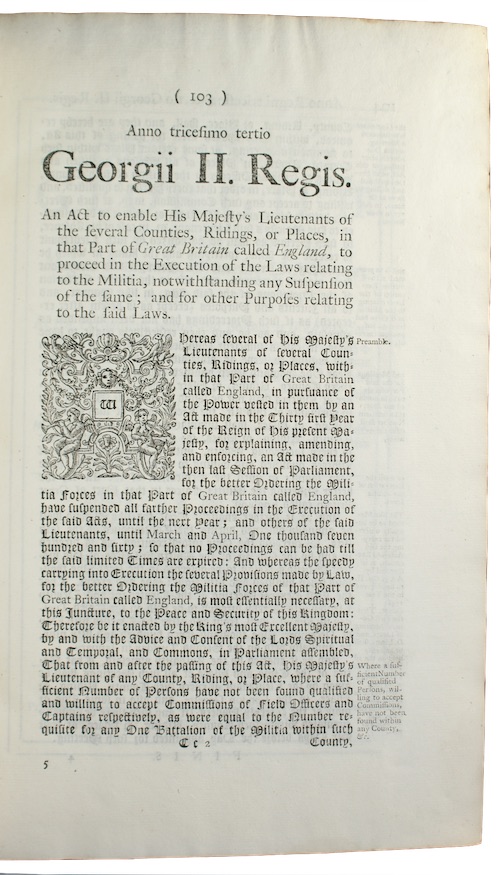 [ACTS - GEORGE II]. [A sammelband of 31 public general Acts passed in the seventh session of the eleventh Parliament of Great Britain].

London. Printed by Thomas Baskett, 1759 [i.e. 1760]
Call us Email us
Folio. Contemporary blind-tooled calf, contrasting red morocco lettering-piece. Extremities rubbed, slight splitting to joints. Internally clean and crisp.
Statutes represented include; an act for the regulation of Marine forces whilst ashore; an act for the raising of monies towards paying off the debt of the Navy; an act encouraging the export of liquor manufactured from the produce of British sugar plantations; an act prohibiting the manufacture of 'low wines and spirits'; an numerous acts relating to the pay, management and discipline of the militia.
£ 375.00 Antiquates Ref: 12378
This site uses cookies.Find out more.