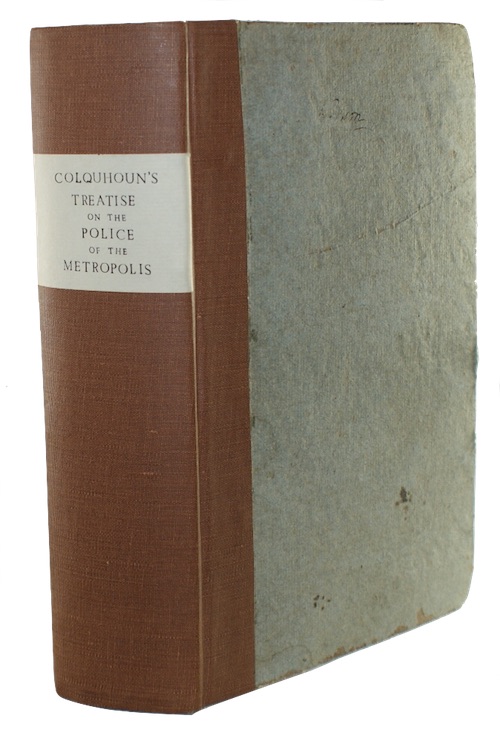 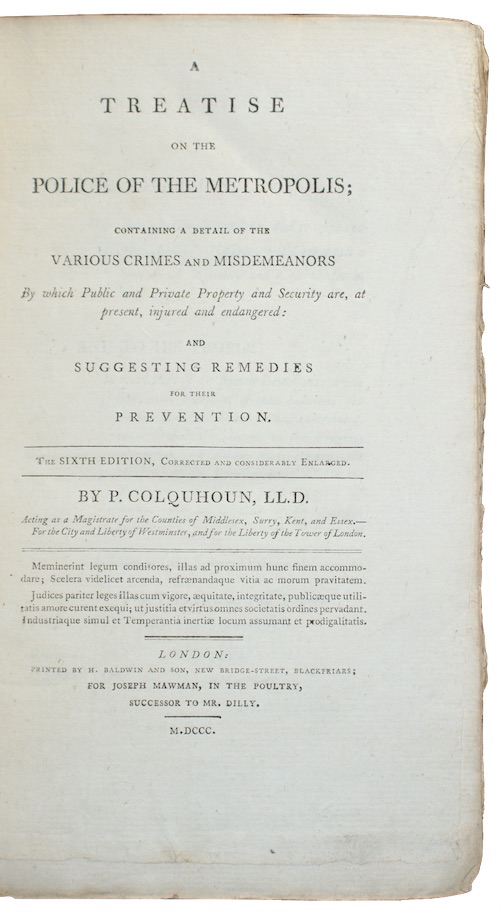 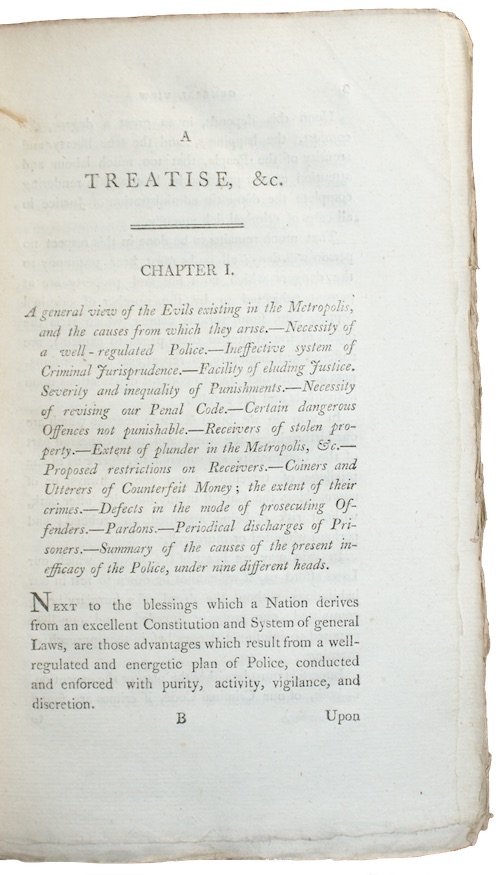 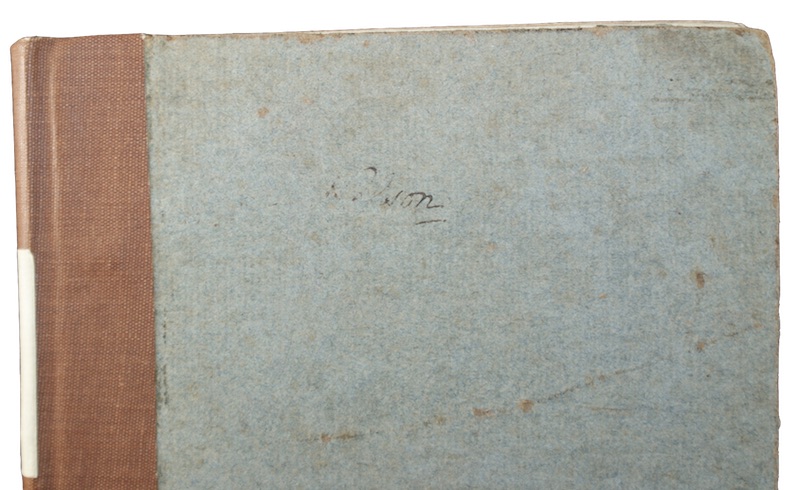 COLQUHOUN, P[atrick]. A treatise on the police of the metropolis; containing a detail of the various crimes and misdemeanors By which Public and Private Property and Security are, at present, injured and endangered: and suggesting remedies for their prevention.

London. Printed by H. Baldwin and Son, 1800. Sixth edition.
Call us Email us
8vo. [16], xvi, 655pp, [31]. Uncut in original publisher's blue paper boards, recently rebacked in tan cloth with recent printed paper lettering-piece. Boards a trifle rubbed and soiled. Internally clean and crisp. Faint ink inscription of 'Nelson' to upper board, by repute from the Matcham family library, Newhouse, Wiltshire - Lord Nelson's sister Catherine having married George Matcham.
Patrick Colquhoun (1745-1820), Scottish merchant, statistician, magistrate, and founder of the first regular preventive police force in England, the Thames River Police. First published in 1797, A Treatise on the Police of the Metropolis examines the nature of criminal activity within London, such as burglary, fraud, gambling, and illegal trading in the dockyards, and discusses issues of punishment and suggests alterations to the policing of the capital that Colquhoun thought necessary. He emphasised the requirement for measures in crime prevention, particularly through the visible presence of officers acting as a deterrent, to be a fundamental part of any police force. His utilitarian approach saw that Colquhoun's methodology would greatly inform techniques in modern policing throughout the world.
£ 250.00 Antiquates Ref: 12397
This site uses cookies.Find out more.