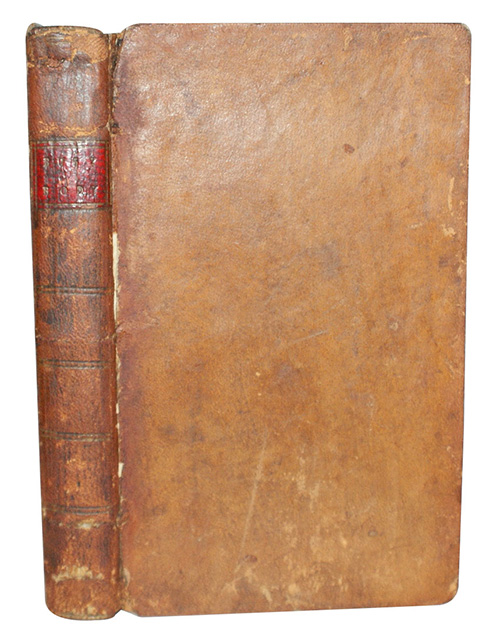 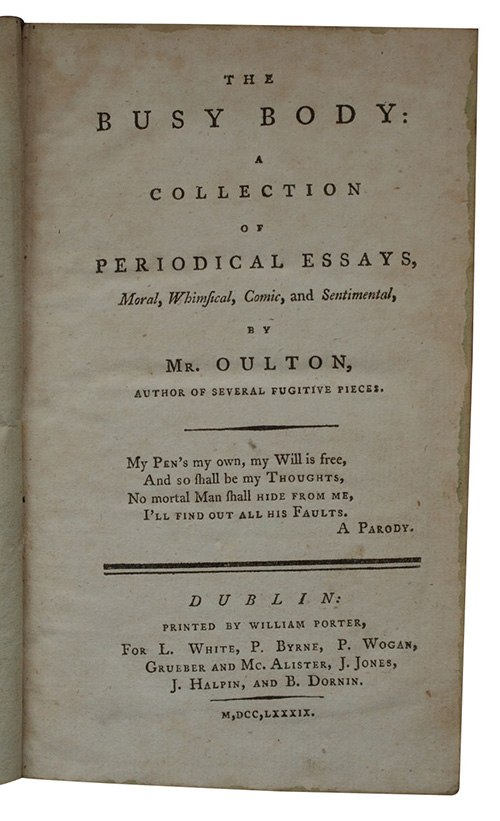 Dublin. Printed by William Porter et al., 1789. First Dublin edition.
Call us Email us
12mo. [6], 322pp. Contemporary calf, contrasting red morocco lettering-piece. Extremities rubbed and soiled, joints cracked, surface loss to spine. Foxed throughout, ink inscription to recto of FFEP, 'Wm. Pollock (?) 2 Augt. 1796'.
The collected satirical and humorous essays of Walley Chamberlain Oulton (1783-1820), Irish playwright and theatre historian. The Busy Body, a pamphlet published by Oulton three times a week in January and February of 1787, was an attempt to establish himself as a periodical essayist in the tradition of Addison and Steele. The 25 issues did not garner the attention which Oulton hoped for and the run was discontinued. Not until two years had passed were they collected for publication in a London edition of 1789, with this Dublin printing appearing soon after.