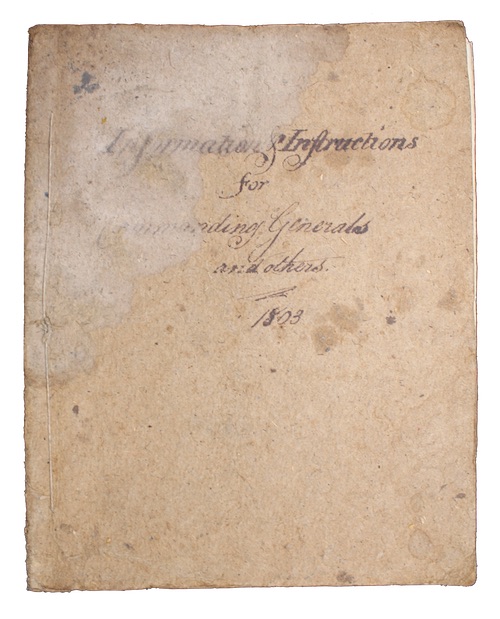 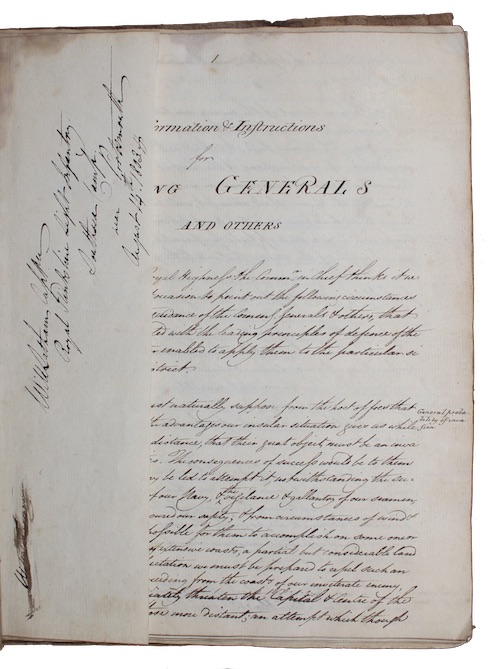 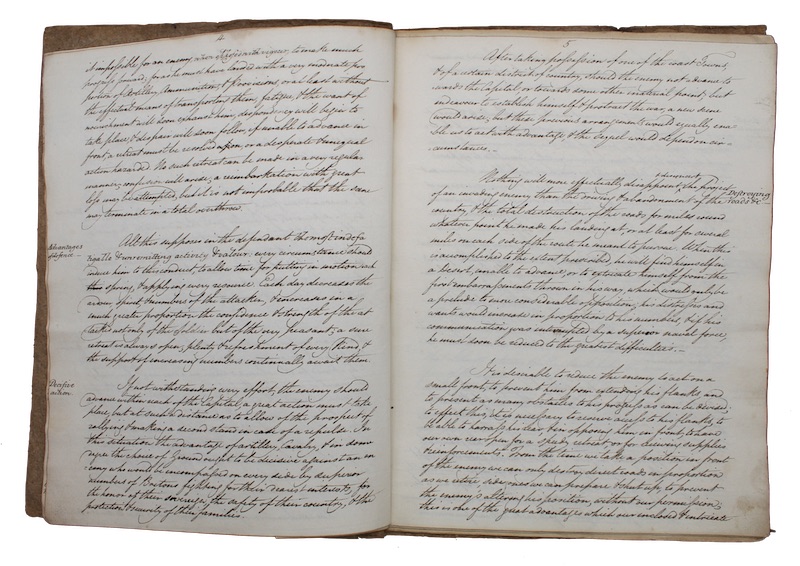 LATHAM, Captain William.. [Information & Instructions for Commanding Generals in others].

[Southsea camp, near Portsmouth]. [s.n.], [1803].
Call us Email us
Quarto. Manuscript on paper. 26pp, with inserted leaf titled 'The Military Roads from Plymouth to London, forming a junction at Exeter and at Salisbury' and notes to terminal blank. Stitched within thick paper wrappers, titled in manuscript to upper wrap. Upper wrap partially dampstained.
A collection of military guidelines, almost certainly copied by Captain Latham from an as yet unidentified source, prepared for British Army Home Service in the the defence of Britain against invasion by Napoleonic France in 1803, a threat not properly relieved until Nelson's success at Trafalgar in October 1805.
£ 450.00 Antiquates Ref: 12450
This site uses cookies.Find out more.