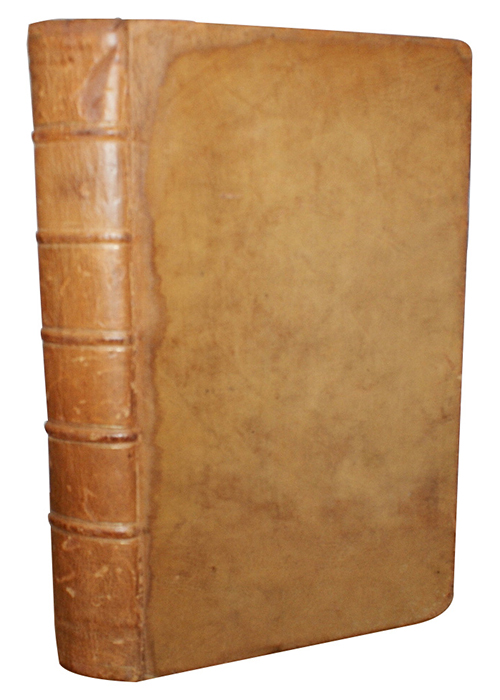 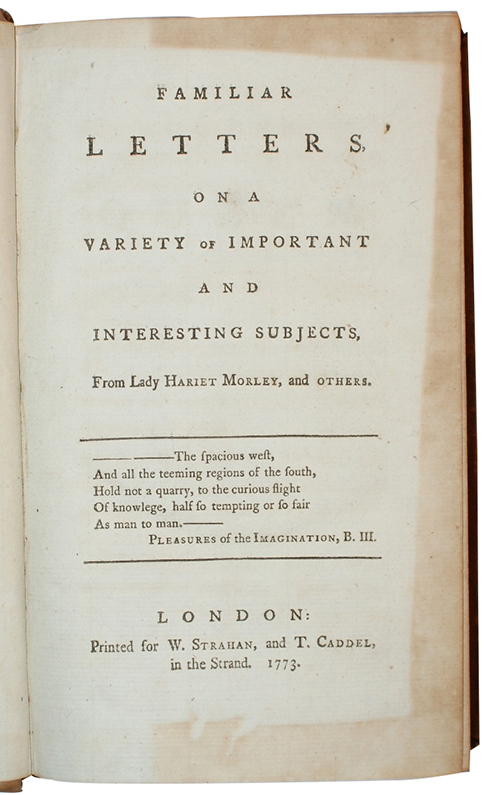 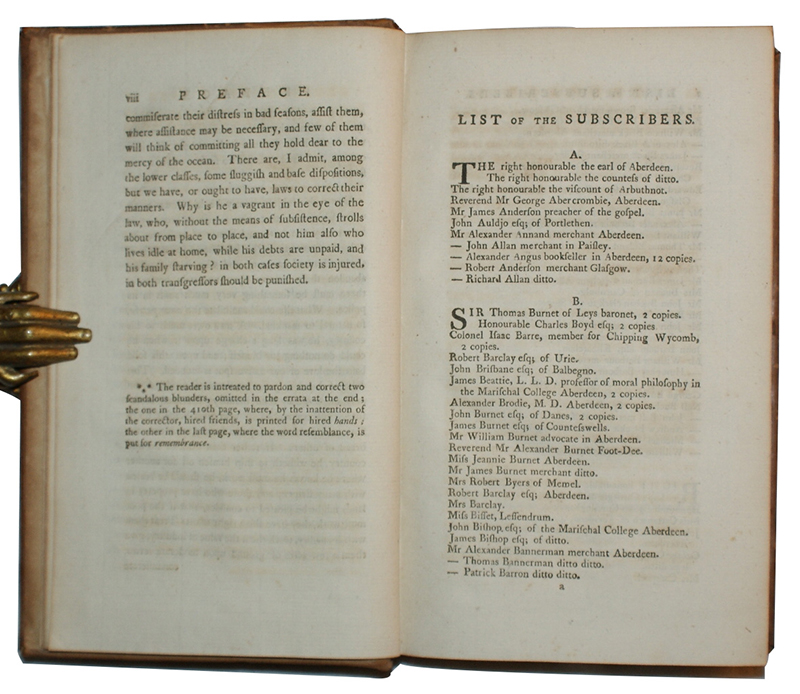 [LETTERS]. [DOUGLAS, Francis]. Familiar letters on a variety of important and interesting subjects, From Lady Harriet Morley, and others.

London. Printed for W. Strahan, 1773. First edition.
Call us Email us
8vo. [7], iv-viii, 16, 560pp, [i.e. 460pp]. With 16pp subscribers' list. Contemporary calf, gilt. A trifle rubbed, some discolouration to joints. Without lettering-piece, gilt faded. Preliminaries a little browned, else internally a fine copy.
Francis Douglas (bap. 1719, d.1790), Scottish bookseller, stationer and writer. In the dedication (to Queen Charlotte) and preface to Familiar letters, Douglas expresses dismay at migration from the British Isles, but also of the need to better educate the inhabitants in 'decency and decorum of character, so graceful, so indispensable necessary in the FAIR SEX', and that 'happiness is founded in VIRTUE and FRIENDSHIP; dignity of mind, in a reverence for RELIGION, and the LAWS'.