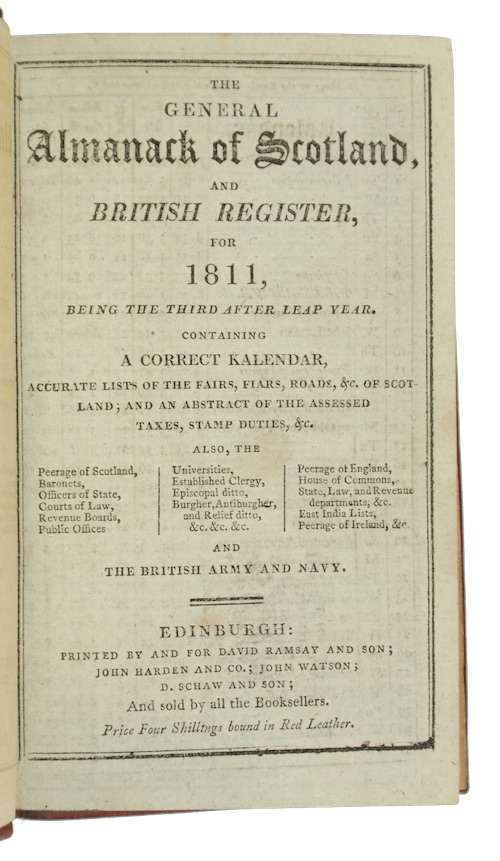 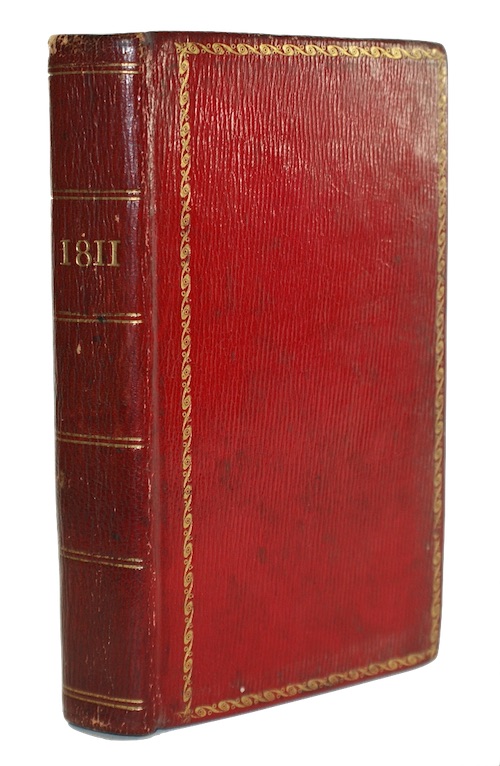 [ALMANACK]. The general Almanack of Scotland, and British register, for 1811, being the third after leap year. Containing a correct kalendar, accurate lists of the fairs, fiars, roads, &c. of Scotland; and an abstract of the assessed taxes, stamp duties, &c....and the British army and navy.