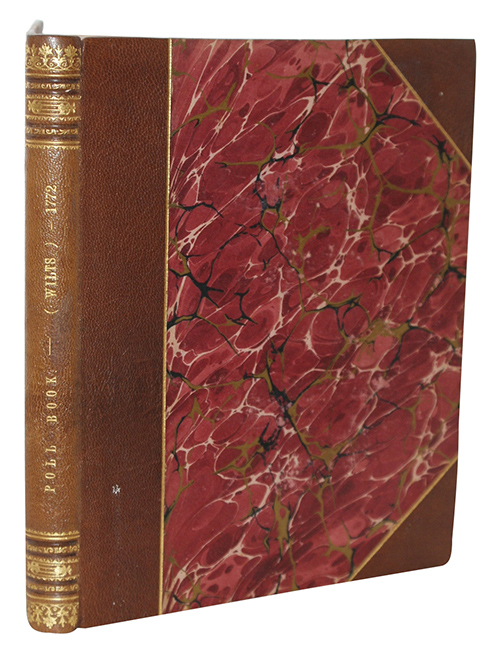 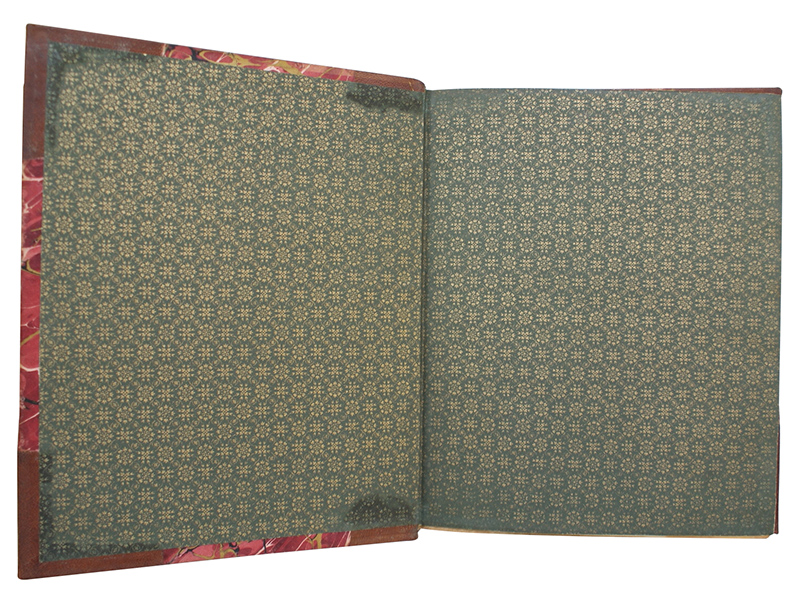 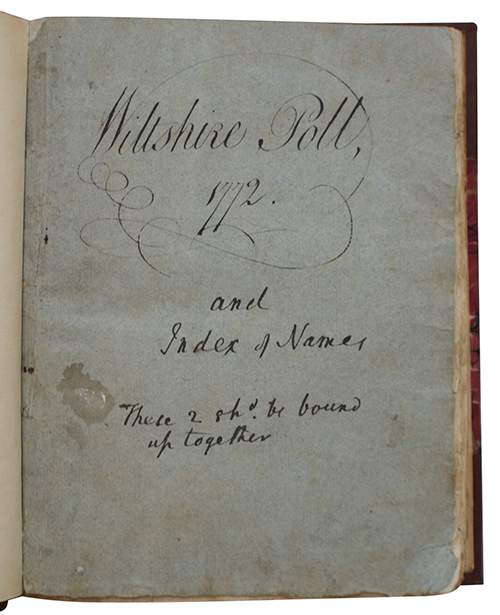 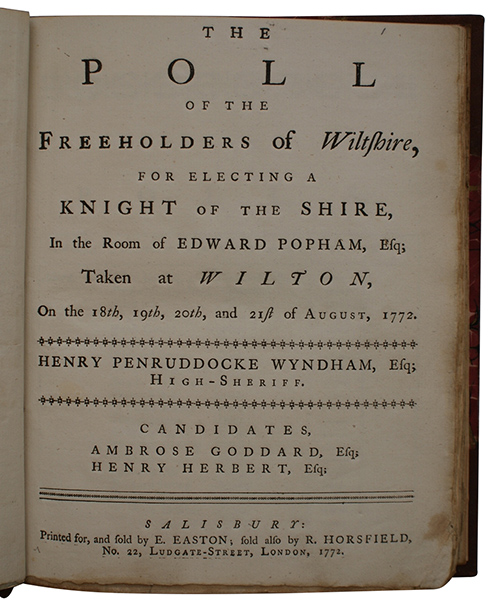 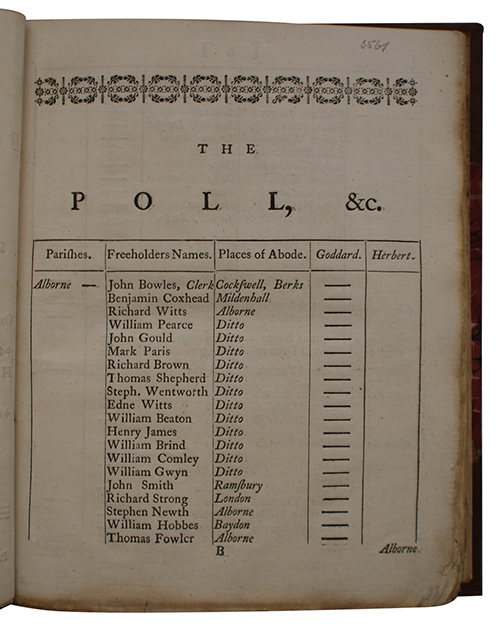 [WILTSHIRE ELECTION]. The poll for the Freeholders of Wiltshire, for electing a knight of the shire, In the Room of Edward Popham, Esq; Taken at Wilton, On the 18th, 19th, 20th, and 21st of August, 1772. Henry Penruddocke Wyndham, Esq; High-Sheriff. Candidates, Ambrose Goddard, Esq; Henry Herbert, Esq.

Quarto. Handsomely bound by C. W. Rose in recent half morocco, marbled boards, gilt, T.E.G., decorated endpapers. Very minor wear to extremities. Sporadic browning, occasional ink annotations to margins and text, sympathetic repair of tear to title of second work.
Tables of eligible electors and their respective votes for the Wiltshire county poll of 1772 between candidates Ambrose Goddard and Henry Herbert. The latter polled well on the August 18th opening, only to rapidly lose the majority over the next four days as Goddard's supporters rolled in to secure superiority of over two votes to one. When the poll closed it was said that Goddard had a substantial number of voters left. Given that half of Herbert's supporters polled on day one, when no oath had been taken, the likelihood is that Goddard's victory was even more decisive than the final count suggests.
ESTC T180382, T122038.
£ 300.00 Antiquates Ref: 12982
This site uses cookies.Find out more.