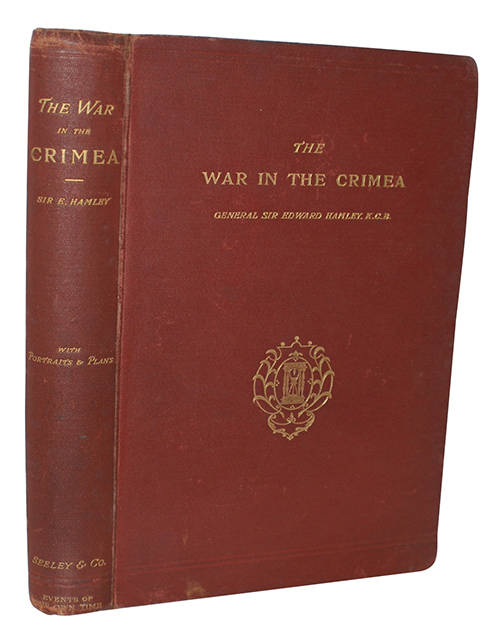 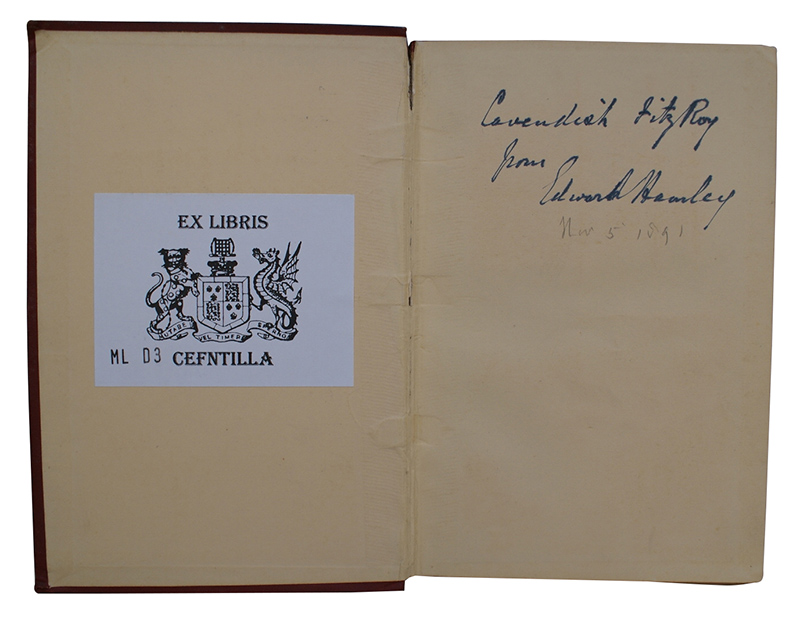 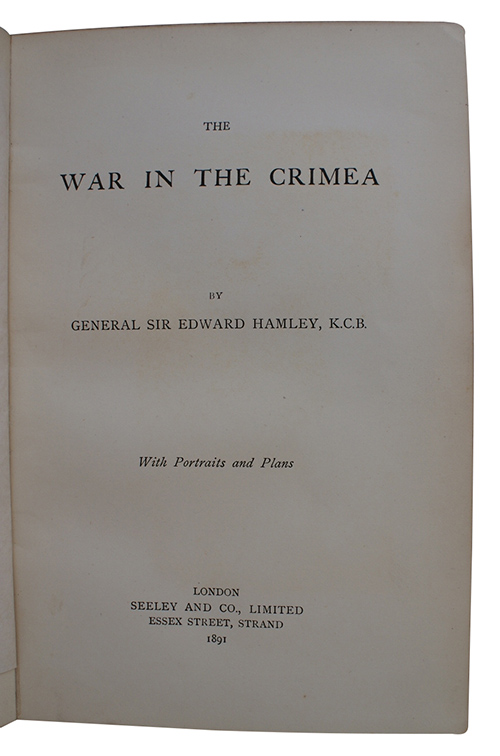 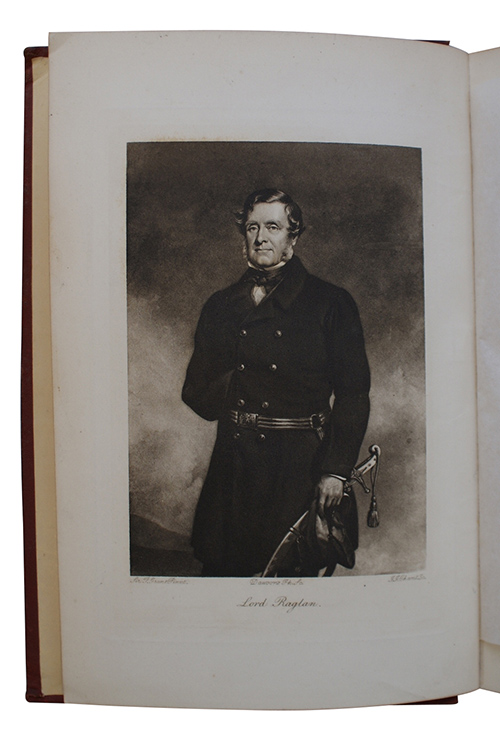 HAMLEY, General Sir Edward. The war in the crimea.

London. Selley and Co., Limited, 1891. First edition.
Call us Email us
8vo. vi, [2], 312pp, [1] ads. With an engraved portrait frontispiece and eight further plates. Original publisher's maroon cloth, gilt. Some slight rubbing to extremities, corners bumped. Hinges cracked, recent armorial bookplate to FEP of Cefntilla, family seat of the Raglan baronetcy. Presentation copy, inscribed in ink to recto of FFEP, 'Cavendish Fitzroy from Edward Hamley' with the addition of a date in pencil below of 'Mar. 5 1891'.
A history of the Crimean War from the events that led to the conflict, through the battles of Inkerman, Alma and Balaclava, to the siege of Sevastopol and the victory of allied forces against the Russian Empire. The work details the exploits, in particular the fateful Charge of the Light Brigade, and death of Lord Raglan, to whose family this copy belonged.

Following the death of Fitzroy James Henry Somerset, 1st Baron Raglan (1788-1855), commander of allied forces during the Crimean War, 1,623 of his friends, admirers, and comrades purchased the estate of Cefntilla Court in Monmouthshire Wales, presenting the home to Richard Somerset, 2nd Baron Raglan (1817-1884) and his heirs in perpetuity as a memorial in remembrance of his father's contribution to the British military.
£ 200.00 Antiquates Ref: 13072
This site uses cookies.Find out more.