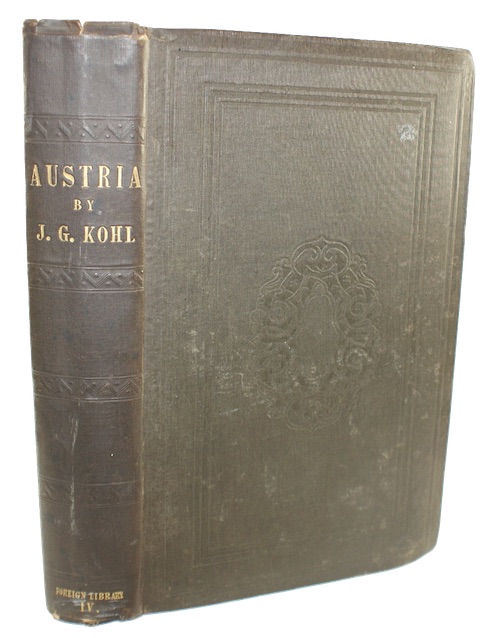 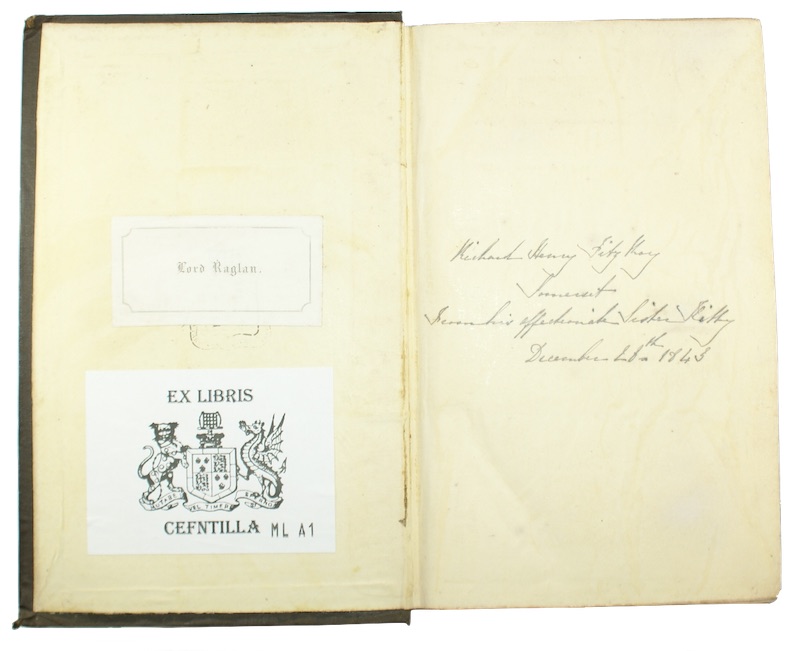 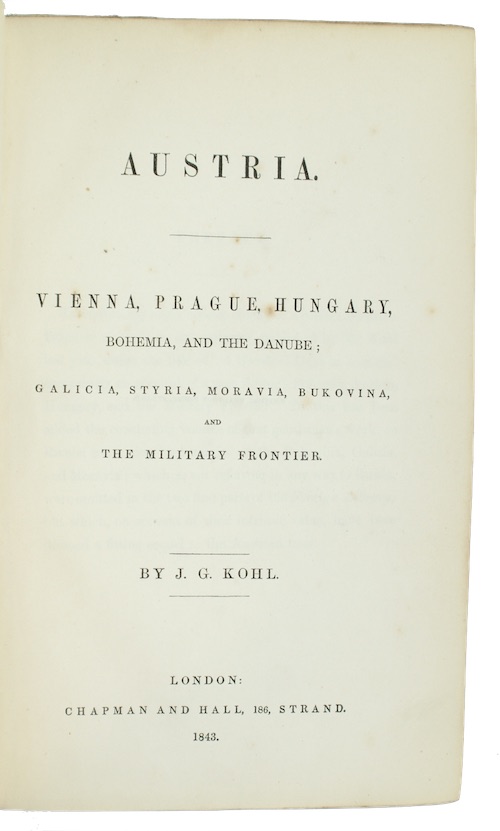 London. Chapman and Hall, 1843. First edition.
Call us Email us
8vo. [8], 532pp. With a half-title. Original publisher's brown blind-tooled cloth, gilt. Some rubbing and soiling to extremities, corners bumped. Hinges cracked, occasional spots of foxing, recent bookplate of Cefntilla to FEP, with the earlier bookplate of Lord Raglan to same. Inscribed in ink to recto of FFEP, 'Richard Henry Fitzroy Somerset, from his affectionate sister Kathy, December 28th 1843'.
A condensed translation of the five volume 'A Hundred Days in Austria', a detailed account of J. G. Kohl's tour through Bohemia, Austria, Hungary, and the military frontier, to which had been added the concluding volume of the his work on Russia and her territories.

Richard Henry Fitzroy Somerset, 2nd Baron Raglan (1817-1884), British Government Agent in Sri Lanka and latterly private secretary to George V of Hanover. His father Fitzroy James Henry Somerset, 1st Baron Raglan (1788-1855) led the allied forces to victory over the Russian army at the battles of Alma and Inkerman during the Crimean War; his failure to deliver orders of sufficient clarity led to the fateful Charge of the Light Brigade at the Battle of Balaclava. Following the death of Fitzroy Somerset 1,623 of his friends, admirers, and comrades purchased the estate of Cefntilla Court in Monmouthshire Wales, presenting the home to Richard Somerset and his heirs in perpetuity as a memorial in remembrance of his father's contribution to the British military.
£ 100.00 Antiquates Ref: 13077
This site uses cookies.Find out more.