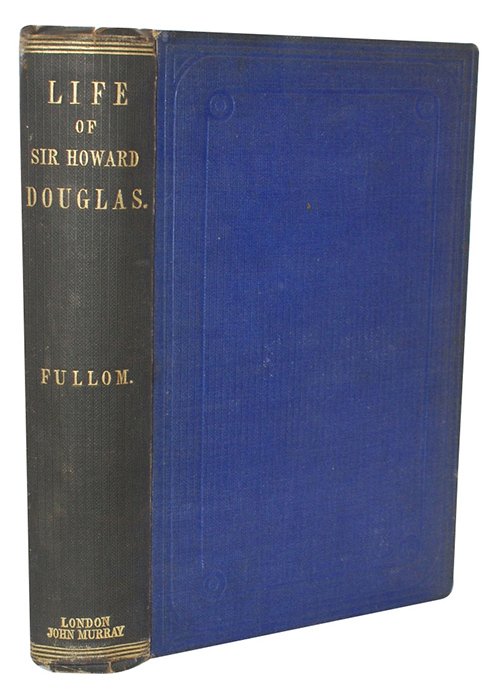 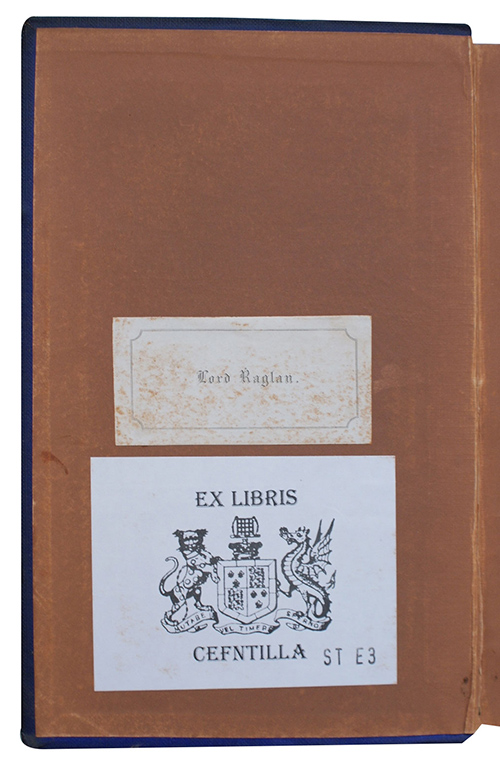 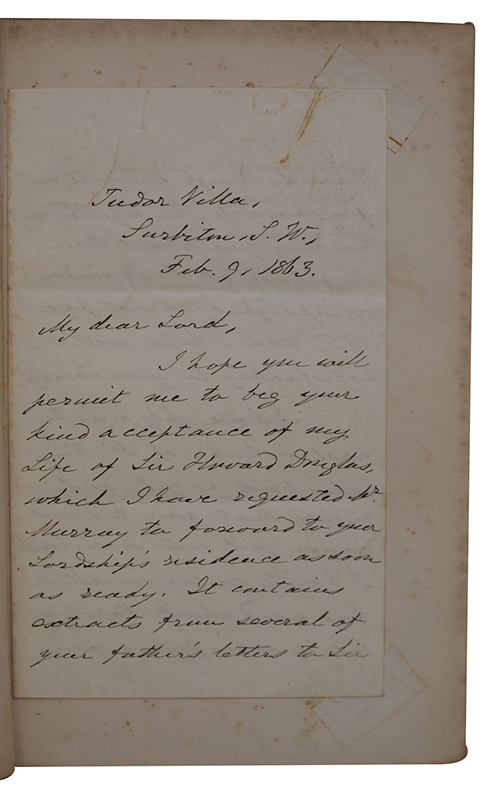 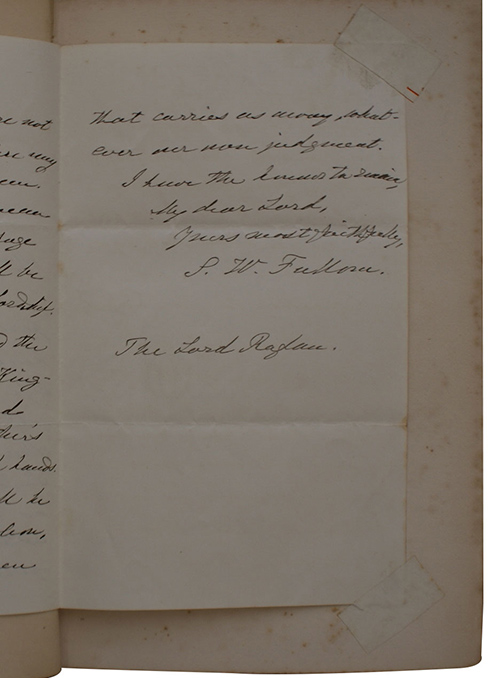 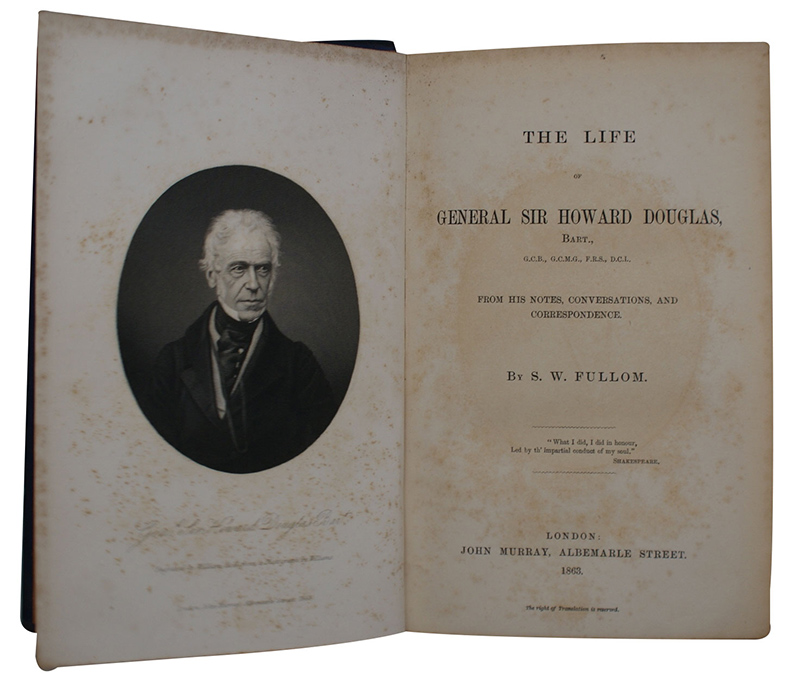 London. John Murray, 1863. First edition.
Call us Email us
8vo. ix, [1], 431pp, [1], 32pp publisher's catalogue. With half-title and an engraved portrait frontispiece. Original publisher's blind-tooled blue cloth, lettered in gilt. Slight wear and to odd spot of soiling, spine sunned. Offsetting to title, sporadic foxing. From the Raglan family library of Cefntilla Court, with the recent armorial bookplate of the estate, and the earlier bookplate of Lord Raglan to FEP. Presentation copy, with A.L.S. tipped-in to verso of frontispiece, in which the author thanks Lord Raglan for his receiption of the book.
General Sir Howard Douglas (1776-1861), British military officer and colonial administrator.

Following the death of Fitzroy James Henry Somerset, 1st Baron Raglan (1788-1855), commander of allied forces during the Crimean War whose failure to deliver orders of sufficient clarity led to the fateful Charge of the Light Brigade at the Battle of Balaclava, 1,623 of his friends, admirers, and comrades purchased the estate of Cefntilla Court in Monmouthshire Wales, presenting the home to Richard Somerset, 2nd Baron Raglan (1817-1884) and his heirs in perpetuity as a memorial in remembrance of his father's contribution to the British military.
£ 250.00 Antiquates Ref: 13101
This site uses cookies.Find out more.