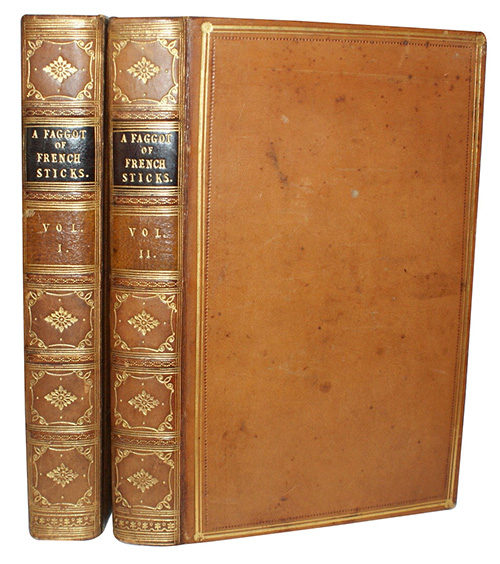 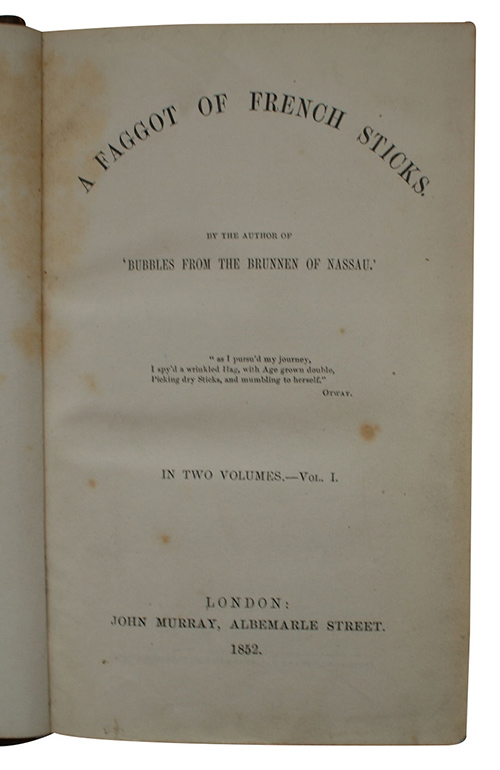 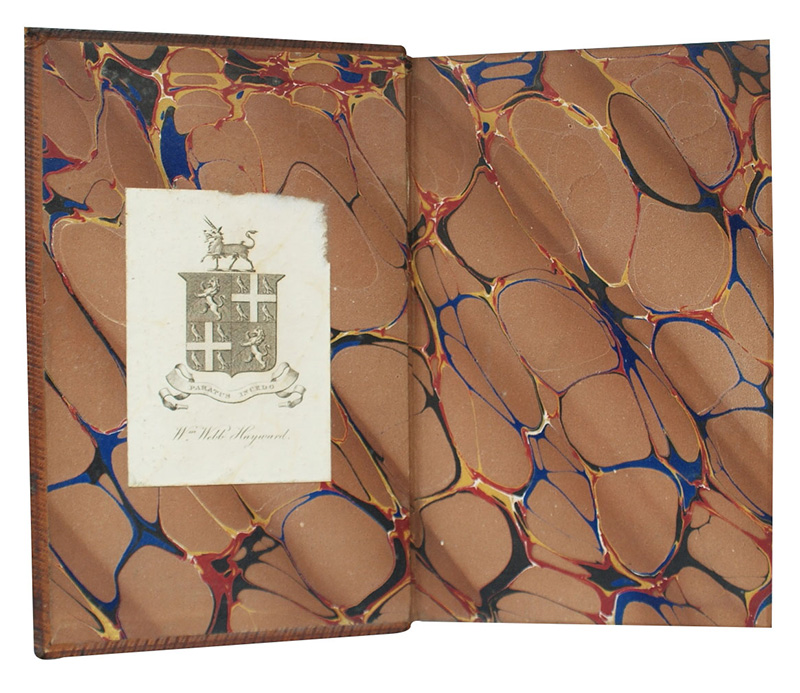 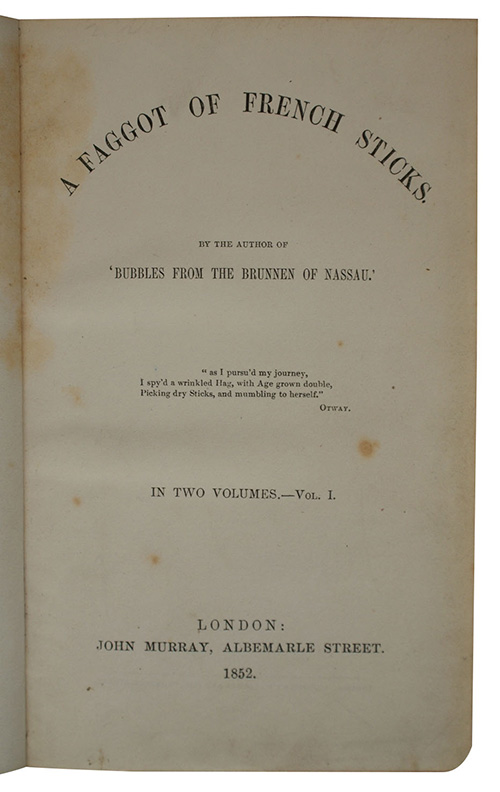 London. John Murray, 1852. First edition.
Call us Email us
8vo. In two volumes. viii, [1], 10-463, [1]; iv, [1], 6-455pp, [1]. Handsomely bound in contemporary calf, contrasting morocco lettering-pieces, gilt. Slight rubbing and some spots of soiling to extremities. Marbled endpapers and edges, sporadic foxing, armorial bookplates of Wm. Webb Hayward to both FEPs. From the library of Hugh Selbourne, with small ink-stamps to verso of title and occasionally to margins.
In A Faggot on French Sticks, colonial governor Sir Francis Bond Head (1793-1875), gives account of a visitation to Paris and her environs as they were in 1851. Notably Head praises Louis-Napoleon Bonaparte, with whom he had become acquainted during the formers exile in England, defending the prince-president in his coup d'tat that would begin the Second French Empire.
£ 175.00 Antiquates Ref: 13383
This site uses cookies.Find out more.