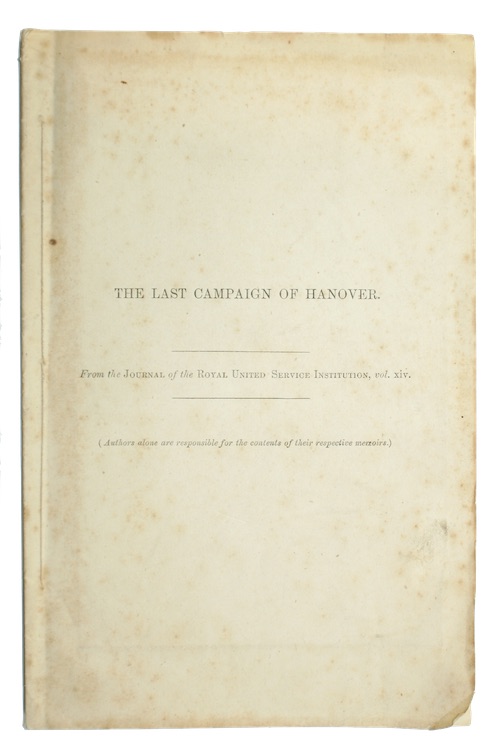 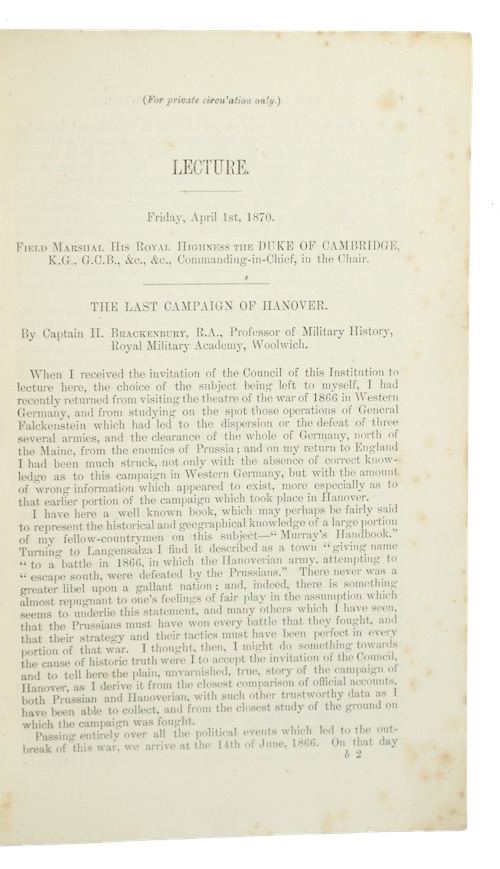 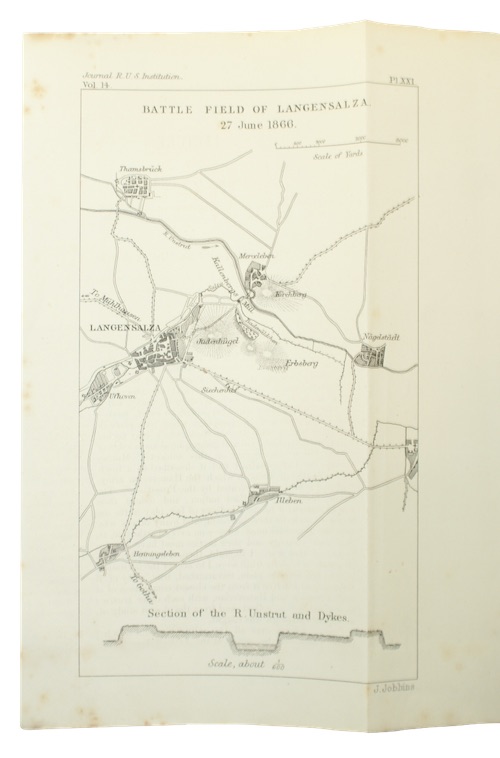 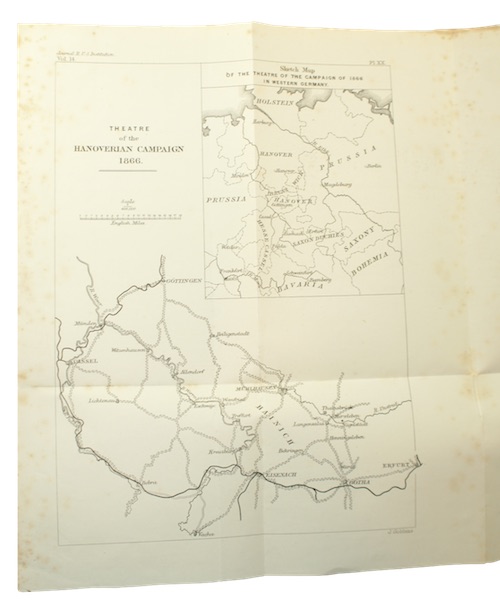 BRACKENBURY, H[enry]. The last campaign of Hanover. From the Journal of the Royal United Service Institution, vo. xiv..

[London]. Harrison and Sons, Printers in Ordinary to Her Majesty, [1870]. First offprint edition.
Call us Email us
8vo. 18pp. With two engraved folding maps. Stitched, as issued. Lightly foxed throughout with the occasional spot of mild dust-soiling.
A printing, intended for private circulation only, of a lecture delivered on Friday, April 1st, 1870 by army officer Henry Brackenbury (1837-1914), professor of military history at Woolwich, on the Battle of Langensalza fought during the Austro-Prussian War, known as the Seven Weeks' War, between the Kingdom of Hanover and Prussia that resulted in the former's initial victory but eventual surrender.
£ 75.00 Antiquates Ref: 13572
This site uses cookies.Find out more.