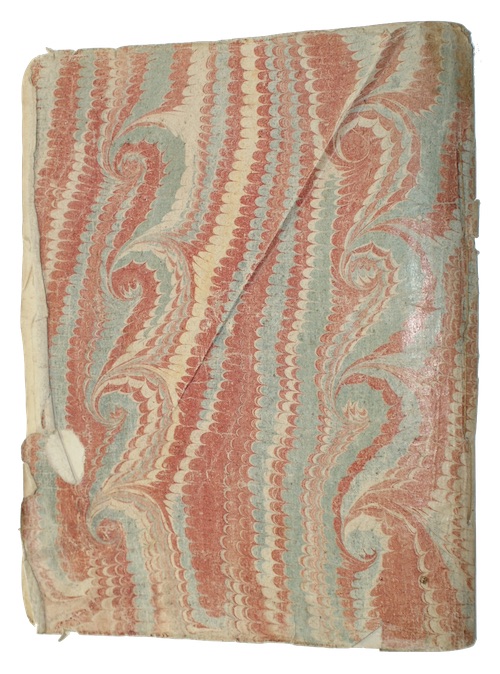 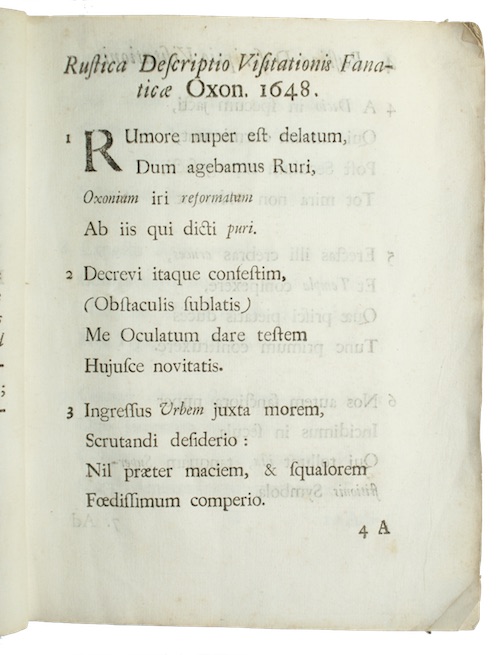 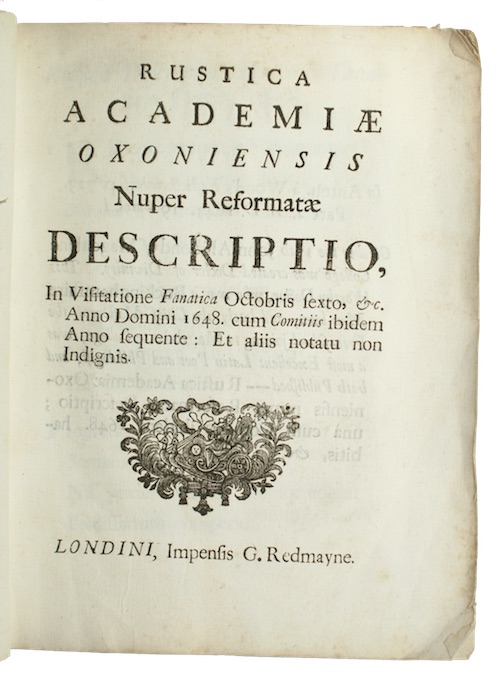 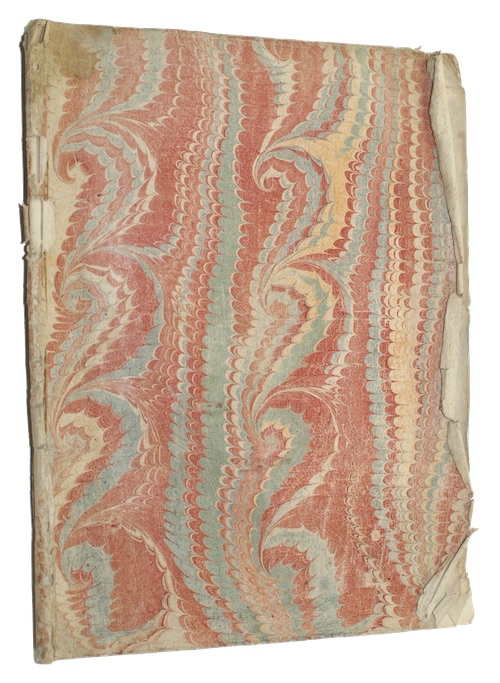 Londini, [i.e. London]. Impensis G. Redmayne, [1700?]. Third edition.
Call us Email us
Quarto. 19pp, [1]. Stitched into original marbled paper wrappers. A trifle dog-earred, with some loss to spine, tearing/creasing to extremities, but nevertheless a remarkable survival in unsophisticated condition
The undated third edition, following anonymous quarto and broadside appearances in 1648, of an anti-Puritan Latin verse satire on the initial stages of the Oxford Parliamentary Visitation which commenced in 1647 by Oxford educated clergyman and sometime Master of Magdalen College School John Allibond (1597-1658). It was not published in English until an edition of 1717, with the translation made by Ned Ward.