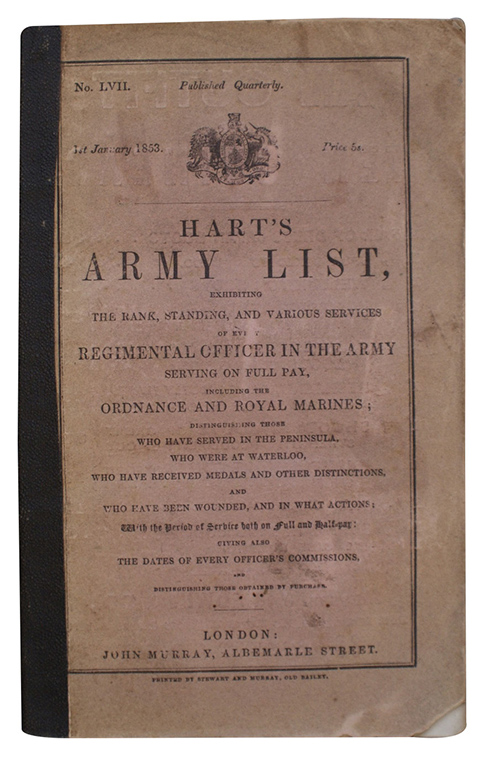 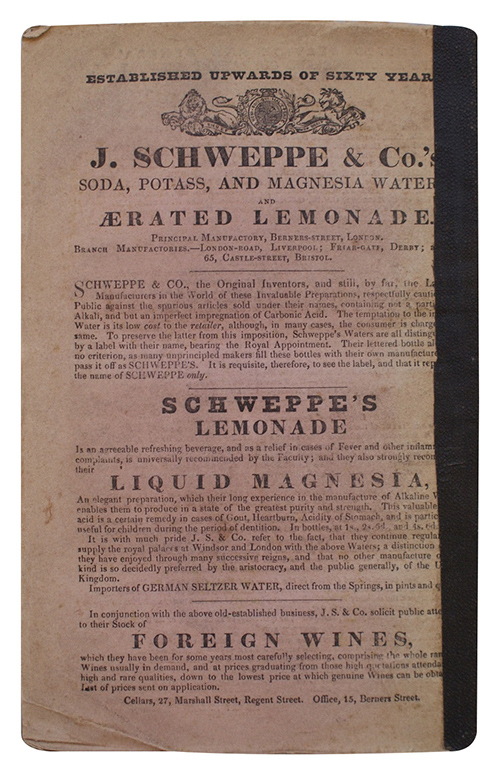 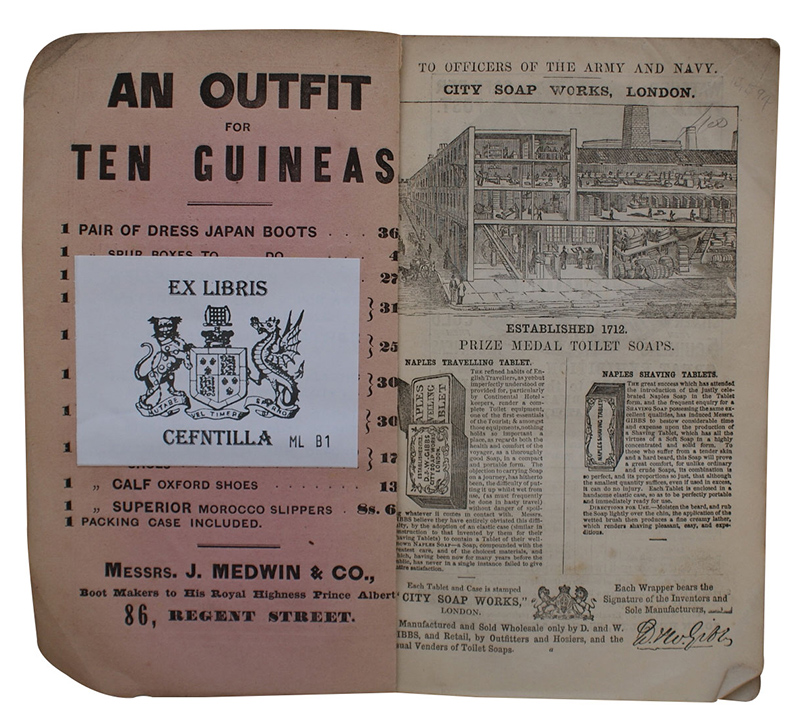 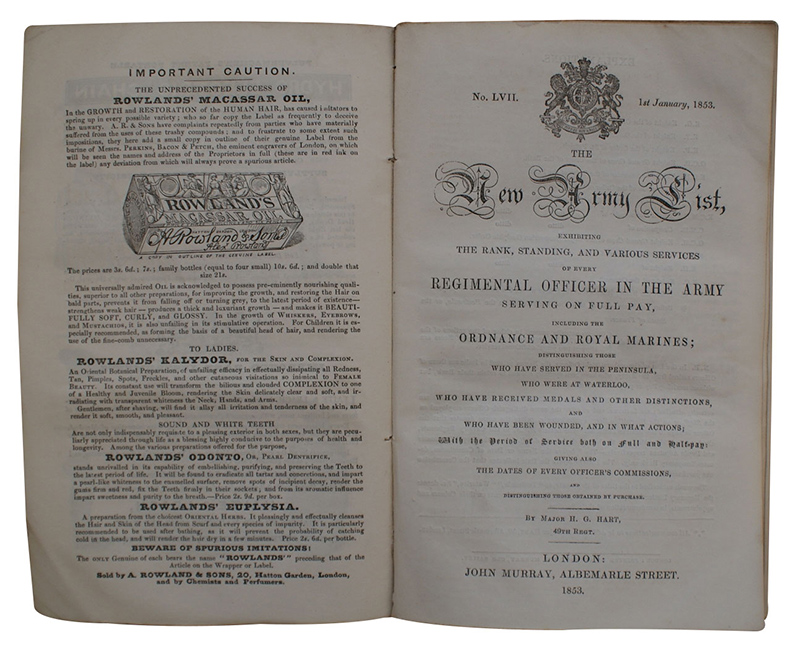 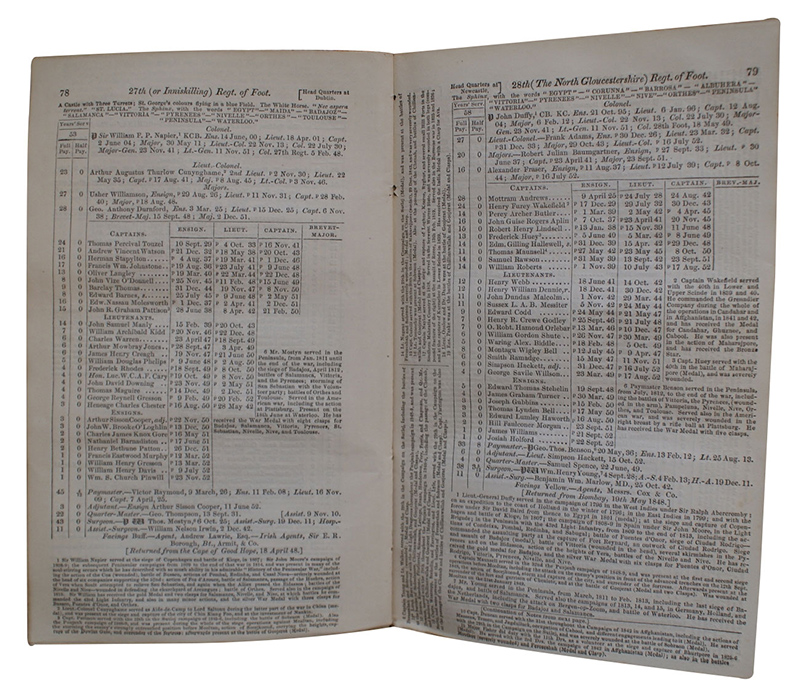 HART, H[enry] G[eorge] Major. The New Army List, exhibiting the rank, standing, and various services of every regimental officer in the army serving on full pay, including the ordnance and royal marines; distinguishing those who have served in the peninsular, who were at waterloo, who have received medals and other distinctions, and who have been wounded, and in what actions...

London. John Murray, 1853. First edition.
Call us Email us
8vo. [16], 249pp, [21]. With preliminary and terminal advertisements. Unopened in original publisher's pink printed paper wrappers, later rebacked in brown mottled cloth. Light rubbing and some dust-soiling to extremities. Recent armorial bookplate of Cenftilla to verso of upper wrap, short tear to top corner of first leaf of ads, occasional loss to top margins, in no instance touching text, short marginal tear to leaf K, touching text but without loss of sense, sporadic spots of light foxing.
A complete register of every officer, both retired and in active service, within the British Army. The catalogue is arranged by regiment, with biographical notes for distinguished members, details of the numerous departments and headquarters throughout the Empire, and information on campaigns fought throughout the first half of the nineteenth century.
£ 100.00 Antiquates Ref: 13594
This site uses cookies.Find out more.