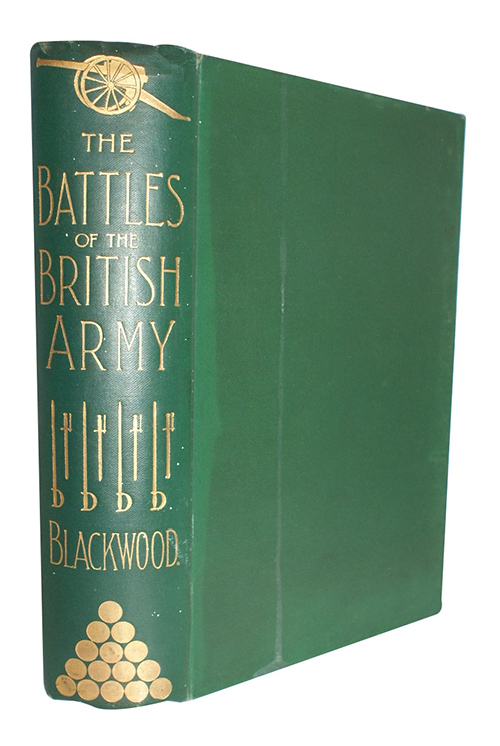 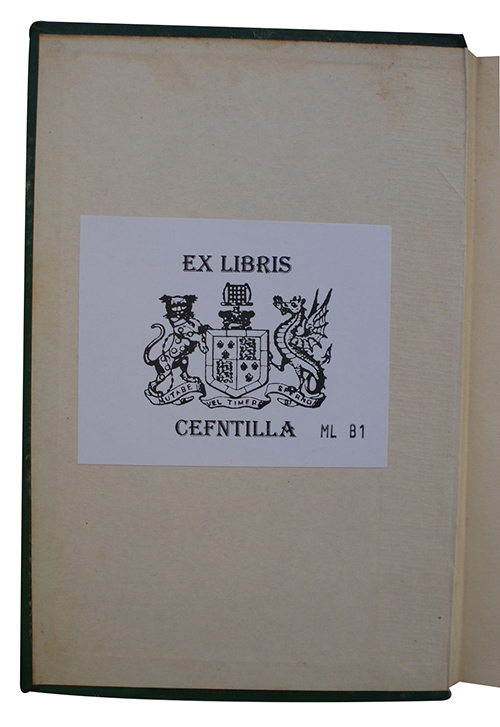 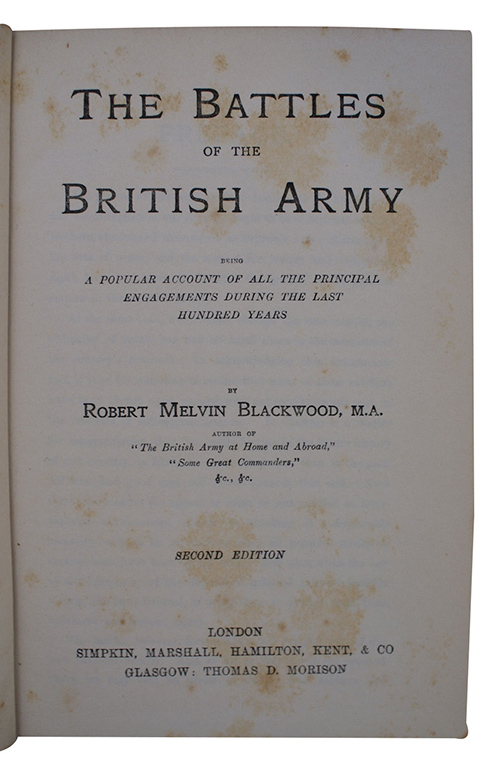 BLACKWOOD, Robert Melvin. The Battles of the British Army. Being a popular account of all the principal engagements during the last hundred years.

London. Simpkin, Marshall, Hamilton, Kent, & Co., c.1905. Second edition.
Call us Email us
8vo. 472pp. Original publisher's green cloth, gilt. Slight wear to extremities, spine a trifle sunned. Internally clean and crisp, recent armorial bookplate to FEP of Cefntilla, family seat of the Raglan baronetcy.
A history of the British army throughout the nineteenth century, including their engagement in the Napoleonic, Boer, Crimean Wars. The entry for the latter conflict includes an account of the actions of Lord Raglan and the fateful Charge of the Light Brigade.

Following the death of Fitzroy James Henry Somerset, 1st Baron Raglan (1788-1855), commander of allied forces during the Crimean War, 1,623 of his friends, admirers, and comrades purchased the estate of Cefntilla Court in Monmouthshire Wales, presenting the home to Richard Somerset, 2nd Baron Raglan (1817-1884) and his heirs in perpetuity as a memorial in remembrance of his father's contribution to the British military.
£ 75.00 Antiquates Ref: 13632
This site uses cookies.Find out more.