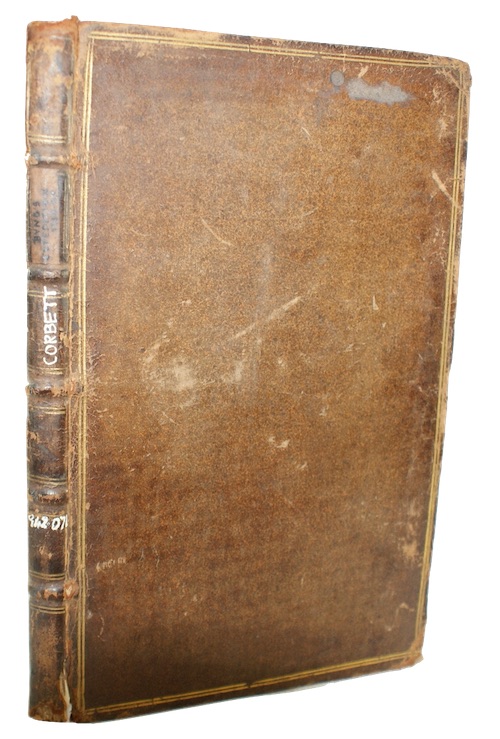 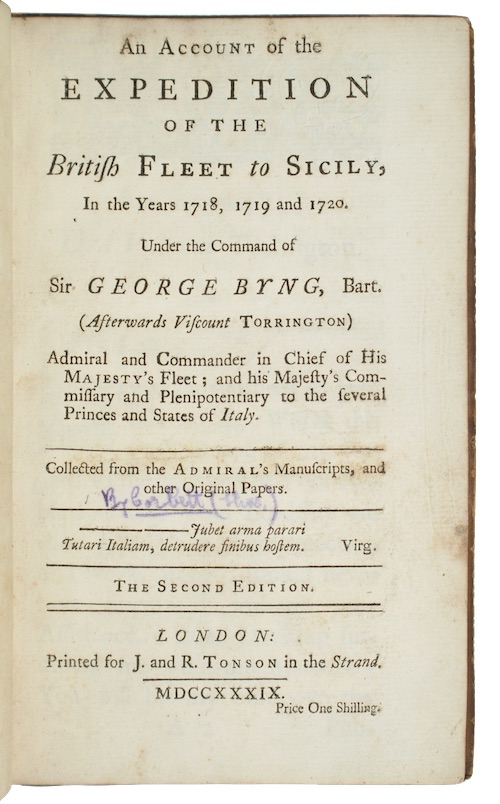 London. Printed for J. and R. Tonson, 1739. Second edition.
Call us Email us
8vo. 96pp. With a folding table. Contemporary calf, recent paper lettering-piece with title in manuscript, further titles and shelf marks in correction fluid, gilt. Rubbed, slight splitting to joints, loss to foot of spine. Bookplate of the Bath Public Reference Library to FEP, coloured pencil annotation to title, else clean and crisp.
Secretary of the Admiralty board, Thomas Corbett (d. 1751), had seen service under Admiral George Byng on board the Cumberland, where they formed a close attachment. Byng would later serve as Cobbett's patron, assisting in the advancement of his career. It was therefore only natural that Cobbet be the one to record, six years after the admiral's death, the account of his expedition in Sicily, including the victory at Cape Passaro for which he would earn his title. The work, based upon Byng's personal papers, occasionally descends into hagiography, for example Corbett vehemently rejects the rumours that Byng, in defiance of martial etiquette, had attacked the Spanish without warning. This remarkably popular account saw six editions throughout 1739.
ESTC T18829.
£ 250.00 Antiquates Ref: 13909
This site uses cookies.Find out more.