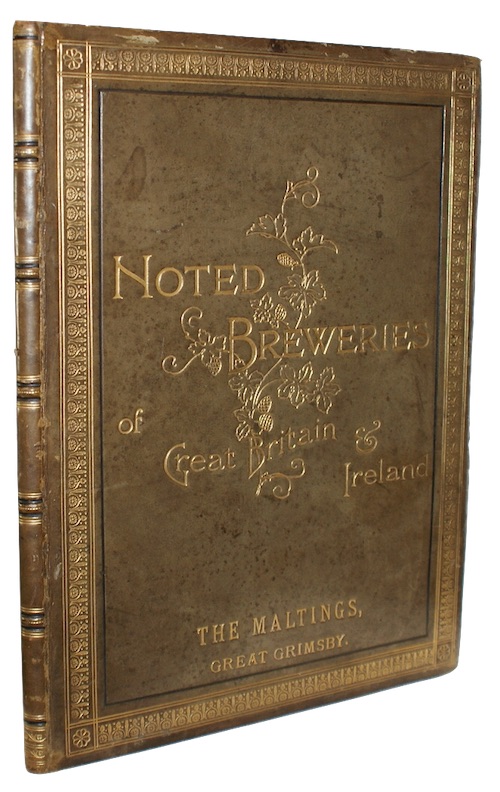 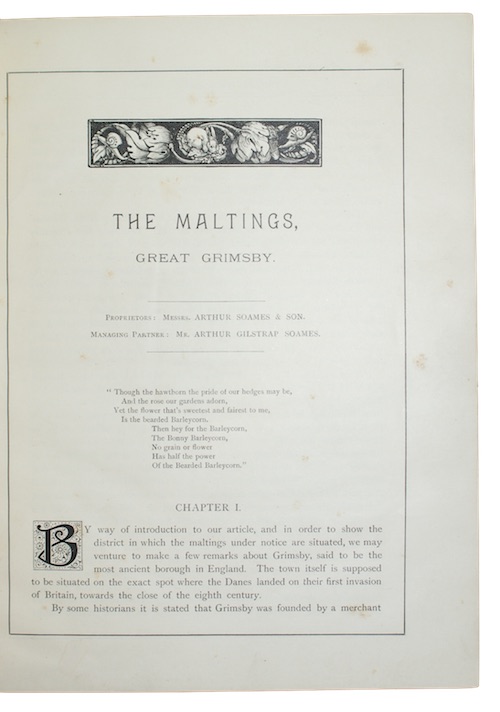 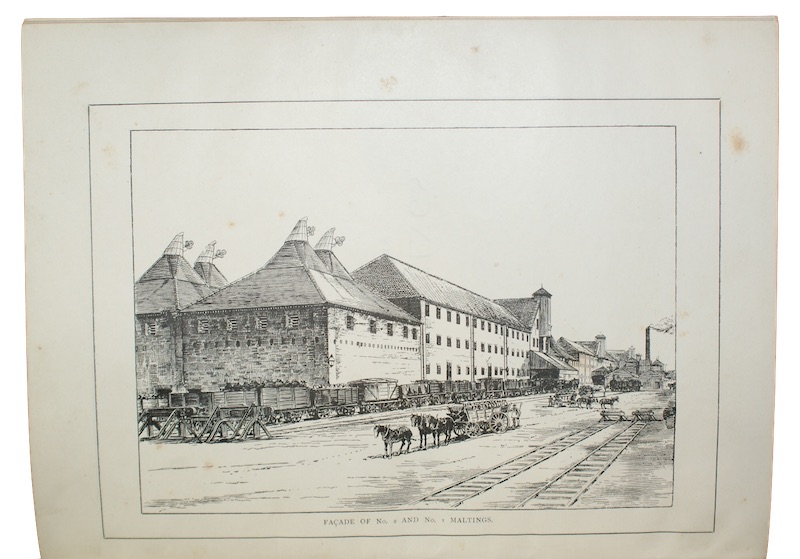 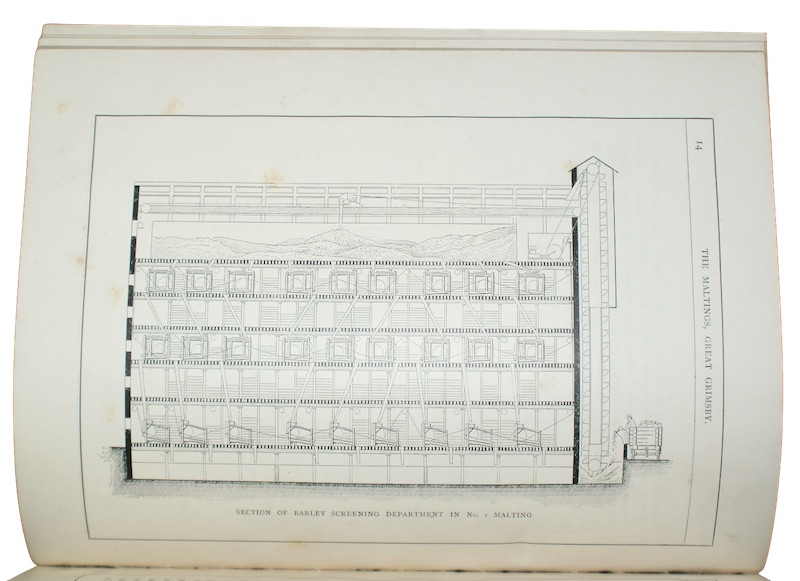 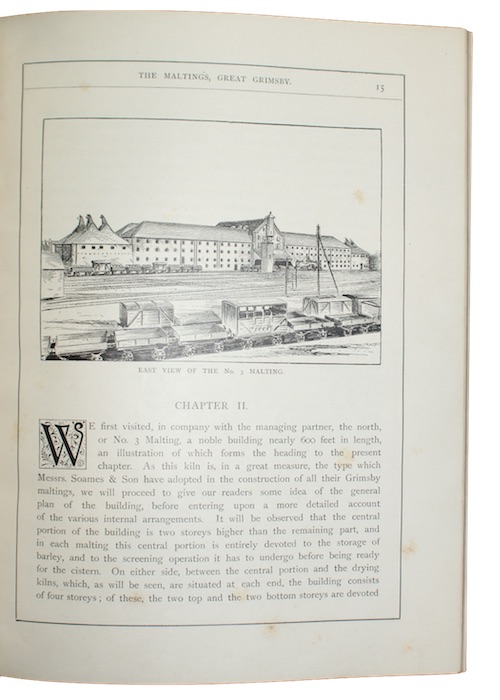 [London]. [s.n., Joseph Causton & Sons], [s.d., c.1890s]
Call us Email us
Quarto. 40pp. With reproductions of 12 line drawings and a single photographic illustration. Finely bound in publisher's full calf, gilt, with elaborate titling design from the original work featuring on the upper board, above the lettering 'The Maltings, Great Grimsby'. A.E.G., marbled endpapers. Slightest of rubbing to extremities, else a crisp copy.
A rare, luxury production (presumably for the brewery, perhaps to present as gifts?) of a reprinted excerpt, from the fourth volume of Alfred Barnard's magisterial late-Victorian illustrated tour of Noted Breweries of Great Britain & Ireland (London, 1889-91), of a single Lincolnshire producer. The Maltings, Great Grimsby, Lincolnshire, were owned by Messrs. Soames & Son, who discovered 'the value to brewers of the use of a proportion of malt made from thin, bright, sun-ripened barleys which are grown in Smyrna, Algeria, and other similar districts....of the greatest benefit to the mash-tub results. By assisting, as they do, the draining of the "goods", the secure the greatest possible extract, and thus form an extremely economical malt'.