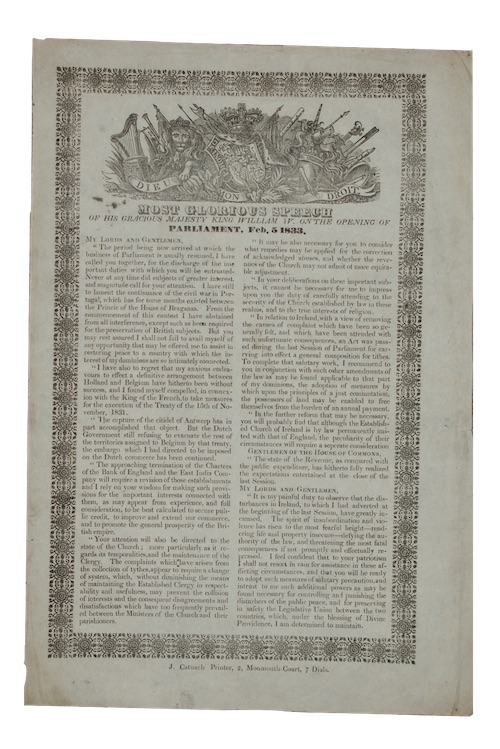 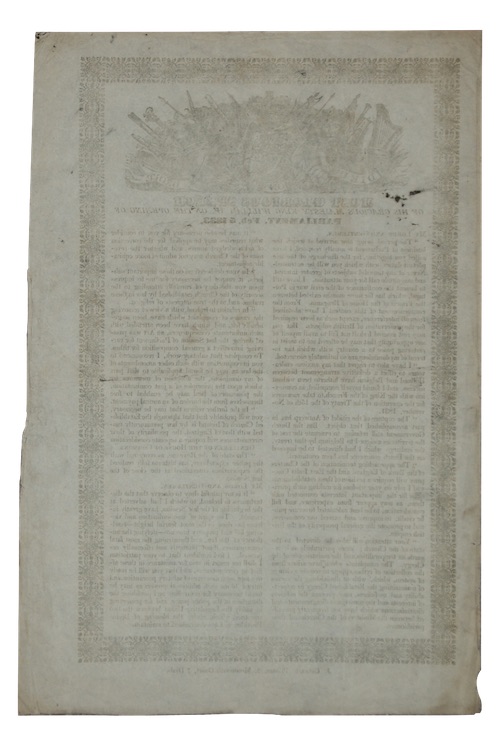 [PARLIAMENT]. Most glorious speech of his gracious majesty king William IV. On the opening of parliament, Feb. 5 1833.

[London]. J. Catnach, 1833.
Call us Email us
Dimensions: 375 x 255mm. Single leaf broadside. Printed in two columns, woodcut armorial device to head, set within a border of type ornaments. Light browning and four very short tears to margins, a trifle creased.
The complete speech delivered by the King on the opening of parliament in 1833. William makes reference to the continued embargo on Dutch commerce; the approaching termination of the charters of the Bank of England and the East India Company; the continuance of civil war on Portugal; and the increase in 'the disturbances in Ireland' following the 1832 Irish Reform Act.
£ 150.00 Antiquates Ref: 14285
This site uses cookies.Find out more.