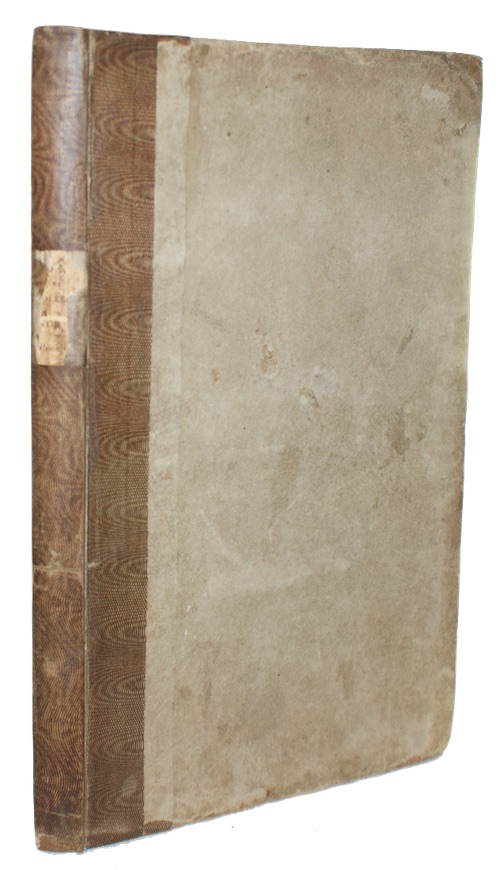 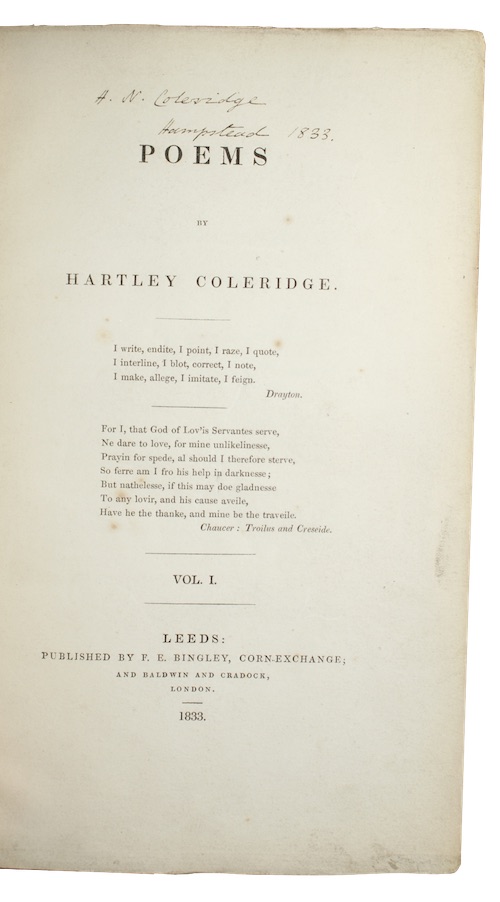 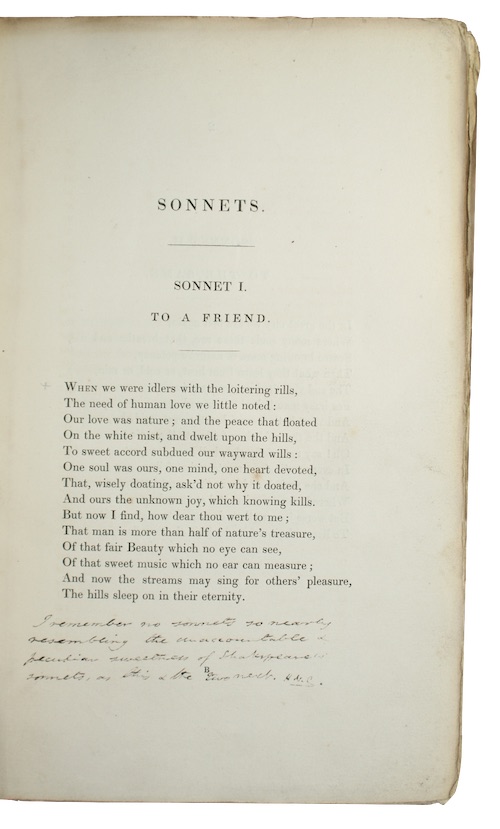 Leeds. Published by F.E. Bindley, 1833. First edition, first issue.
Call us Email us
8vo. viii, 144, [2], 145-157pp, [3]. The first issue, with 'Vol I.' to title. Uncut in original publisher's cloth backed paper boards, neatly re-backed with original spine laid down, remains of printed lettering-piece. Rubbed to extremities, one or two quires loosening. Within later folding box and slipcase. Henry Nelson Coleridge's copy, with his ink inscription 'H.N. Coleridge Hampstead 1833' to head of title and a manuscript annotation, signed 'H.N.C.' and in the same hand, to the foot of the first sonnet 'To a friend': 'I remember no sonnets so nearly resembling the unaccountable & peculiar sweetness of Shakespeare's sonnets, as this & the two next". Bookplate 'NELSON', designed by A. Airy, two monogrammed initial labels ('HK' and 'CAJ') and an early bookseller's description tipped to FEP. Occasional pencilled markings to text.
A significant association copy of the poems of Hartley Coleridge (1796-1849), the eldest son of Samuel Taylor Coleridge, owned and with rather flattering manuscript annotated by his cousin and brother-in-law, the literary executor and sometime editor of his father's works, Henry Nelson Coleridge (1798-1843), who had moved to Hampstead with his wife Sara in 1830.
Jackson p.575, Johnson 202.
£ 750.00 Antiquates Ref: 14391
This site uses cookies.Find out more.