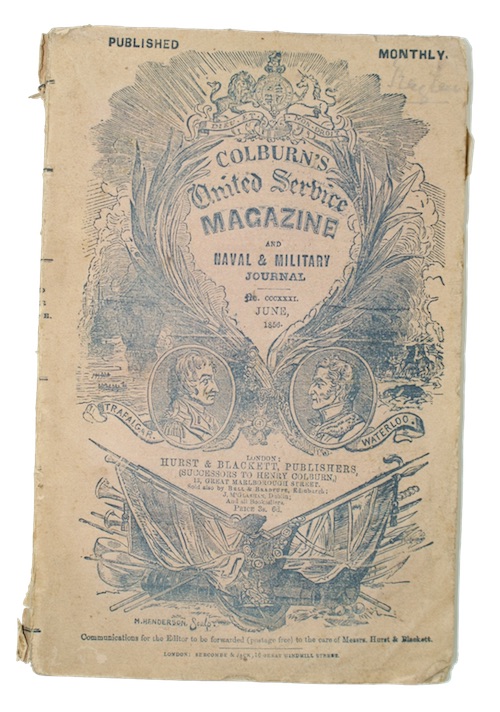 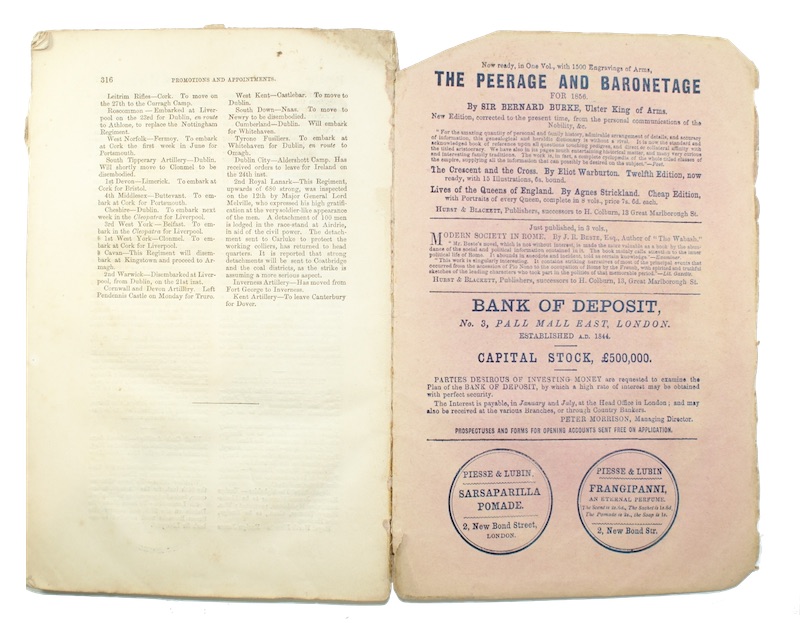 London. Hurst and Blackett, 1856.
Call us Email us
8vo. [10], 159-316pp. Uncut in original publisher's pink printed paper wrappers. A trifle worn and browned, loss to head and foot of split spine. Occasional slight marginal loss and tearing, from Cefntilla, family seat of the Raglan baronetcy though not identified as such.
A rare survival in original wrappers of a single monthly part of Colburn's United Service Magazine, a periodical dedicated to relating the recent actions of the British Army and Royal Navy. This issue contains an article on a then newly discovered proposal by Emperor Napoleon III to conduct a war in the Crimea alongside the British. It is iimplied in the piece that Lord Raglan, to whose family this copy belonged, was approached for his opinion on the matter but thought it inadvisable.

Following the death of Fitzroy James Henry Somerset, 1st Baron Raglan (1788-1855), commander of allied forces during the Crimean War, 1,623 of his friends, admirers, and comrades purchased the estate of Cefntilla Court in Monmouthshire Wales, presenting the home to Richard Somerset, 2nd Baron Raglan (1817-1884) and his heirs in perpetuity as a memorial in remembrance of his father's contribution to the British military.
£ 150.00 Antiquates Ref: 14418
This site uses cookies.Find out more.