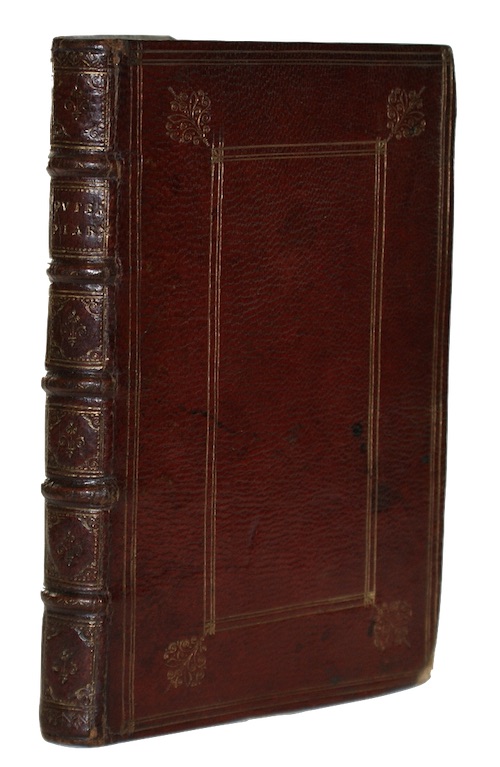 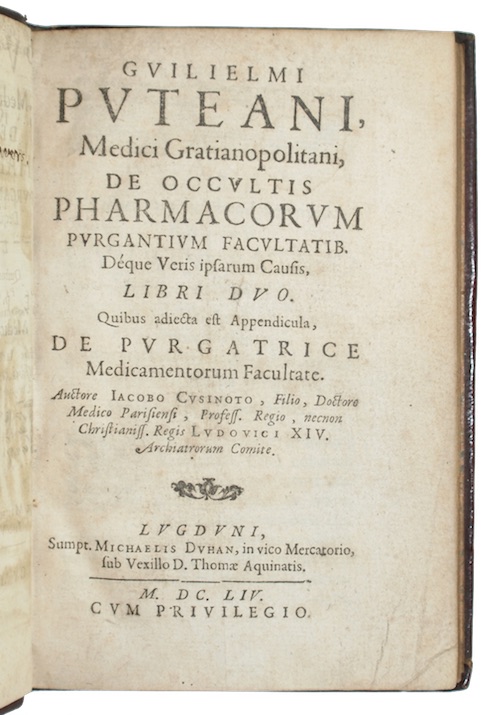 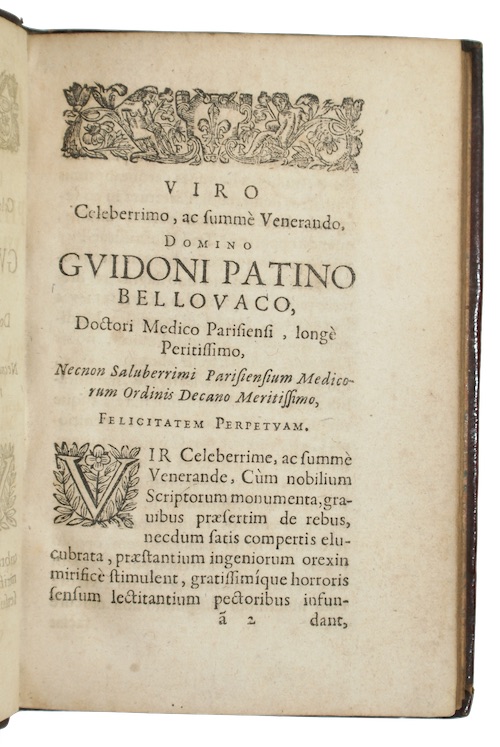 Lugdani, [i.e. Lyon]. Sumpt. Michaelis Duhan, 1664. Second edition.
Call us Email us
8vo. [16], 206pp, [2]. With extra-engraved title and final blank. Finely bound in contemporary English red morocco, panelled in gilt with further gilt to spine. Marbled pastedowns, A.E.G. Slightly rubbed and a little marked, bumping to corners, else a handsome copy. Robert Traver's copy, with his ink inscription 'Liber Robert Travers, M.D., e Coll. S. Trinitatis apud Dublinienses' to verso of blank fly-leaf, and a rather charming manuscript note signed 'S' opposite the engraved-title: 'This book was given me by my learned friend Dr. Robert travers who many years ago paid a high price for it at a Book-auction. Fleming, a dealer in second-hand books ran up the bidding...he thought it was a rare treatise on purgatory'. Bookplate of Robert J. Hayhurst to FEP.
A finely bound copy, with good provenance, of the rare second edition, appearing more than a century after the first (Lyon, 1552), of Guillaume De Puis' work on medical purgatives. De Puis, a professor of medicine at Grenoble, defended parts of the Arabic tradition and especially the works of Ibn Masawayh, against later attacks of Fuchs and Manardo. Rare outside of continental Europe, with COPAC and OCLC locating copies of this seventeenth-century edition at BL and NLM only; the only recent auction record is this very copy, sold at Sotheby's in 1954 to Marlborough Rare Books

Dr Robert Travers (1845-89), fellow of the Royal College of Physicians, Professor at Trinity College, Dublin and Assistant Keeper at Marsh's Library. His library was sold by John Sullivan in Dublin, 1889.
Not in BM STC French. Not in Wellcome.
£ 1,750.00 Antiquates Ref: 14435
This site uses cookies.Find out more.