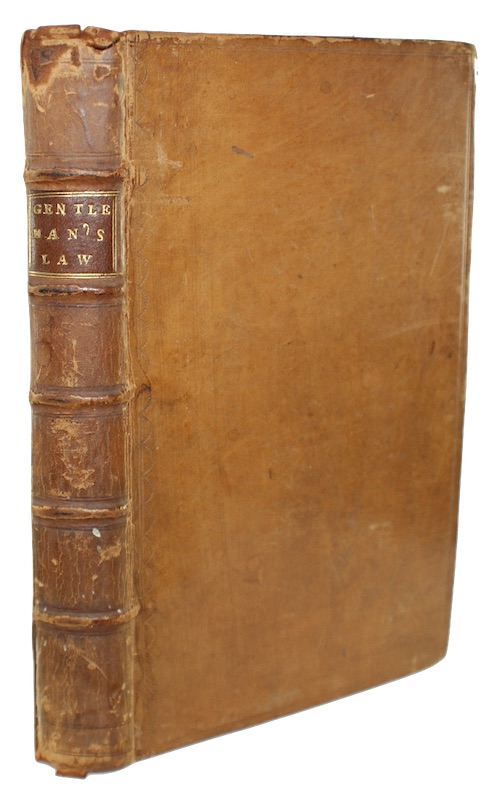 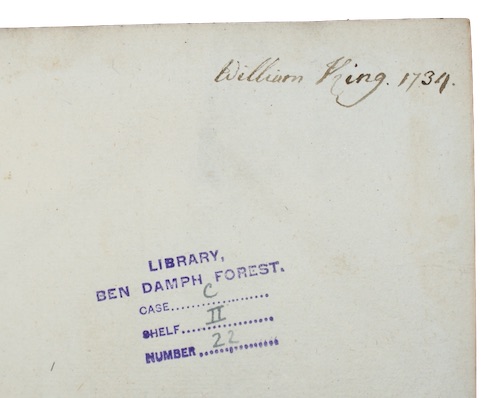 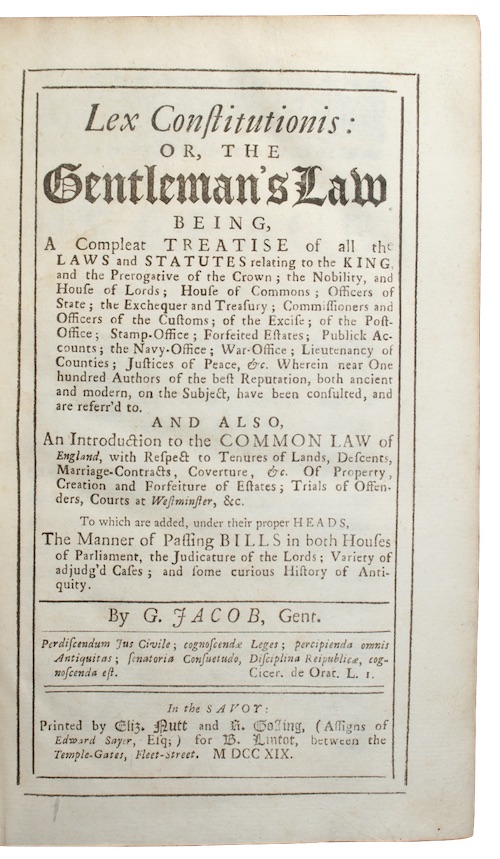 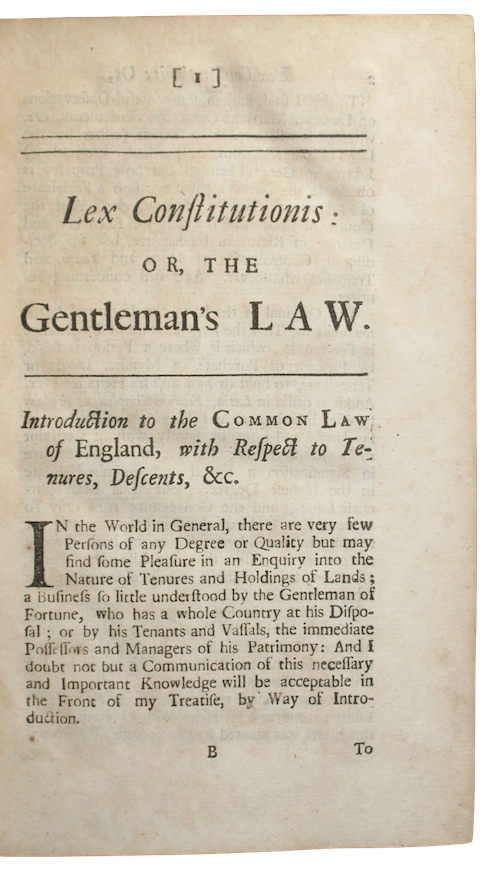 In the Savoy [i.e. London]. Printed by Eliz. Nutt and R. Gosling...for B. Lintot, 1719. First edition.
Call us Email us
8vo. xiv, 360pp, [12]. Without initial blank leaf. Contemporary blind-tooled calf, contrasting red morocco lettering-piece. Rubbed, splitting to joints, slight loss to head of spine. Loss to front blank fly-leaf, else internally clean and crisp. From the library of the Earls of Lovelace, formerly the Barons King of Ockham, with their armorial bookplate to FEP, and the recent ink-stamp of the Ben Damph Forest library to recto of FFEP alongside the ownership inscription of 'William King 1734'.
The first edition of legal and literary author, Giles Jacob's (bap. 1686, d. 1744), magnum opus outlines both the common and criminal law within executive branches, from the crown to the customs officers. Jacob, an idealist who believed that the dissemination of legal knowledge would assist in forming a more just nation, states that his treatise on the English Constitution is designed for 'gentlemen of all ranks', and not merely the landed classes. Despite these inclusive ideals, the work was overshadowed by Roger Acherley's monumental Britannic Constitution (1727). Jacob would later find lasting and relatively egalitarian success with the popularity of his A New Law Dictionary (1729) and Every Man His Own Lawyer (1736), the former surpassing 11 editions by the centuries end, the latter 10. A second, and final edition of Lex constitutionis appeared in 1737.