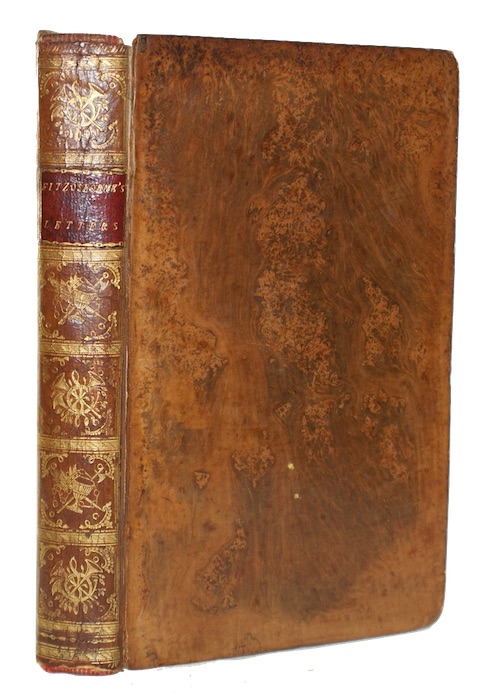 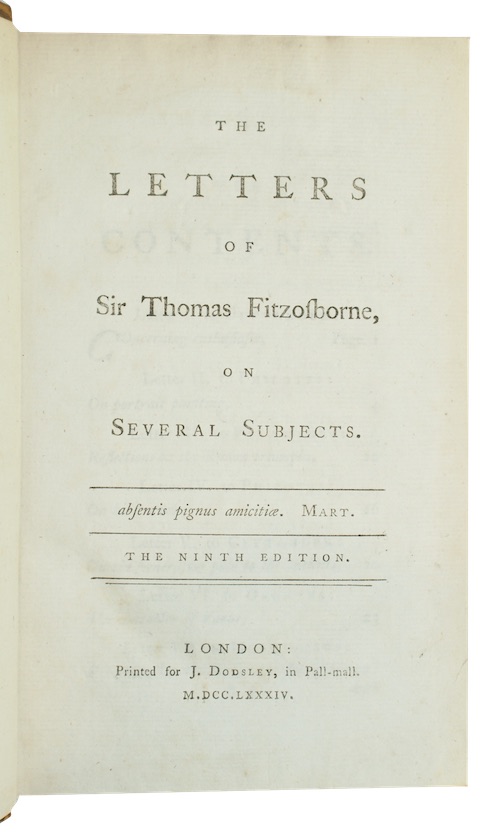 [MELMOTH, William, the younger]. The letters of Sir Thomas Fitzosborne.

London. Printed for J. Dodsley, 1784. Ninth edition.
Call us Email us
8vo. xii, 452pp. Handsomely bound in contemporary tree-calf, contrasting red morocco lettering-piece, spine richly gilt. A trifle rubbed, splitting to joints, some loss to head and foot of spine. Armorial bookplate to FEP, an internally clean and crisp copy.
The first volume of the younger William Melmoth's (bap. 1710, d. 1799) Letters on Several Subjects appeared in 1748, with the second appearing the following year. Though considered to be largely fictionalised, they do contain some autobiographical truths being illustrative of Melmoth's preferred themes of morality, arts, rhetoric, antiquity, and the pressing matter of cruelty to insects. Printed under the pseudonym of Sir Thomas Fitzosborne, the work would become a best-seller for publisher J. Dodsley, reaching the tenth edition by 1795. Samuel Johnson was not however an admirer, once commenting; 'From the author of Fitzosborne's letters I cannot think myself much in danger. I met him only once about thirty years ago, and in some small dispute reduced him to whistle.'
ESTC T96244.
£ 100.00 Antiquates Ref: 14479
This site uses cookies.Find out more.