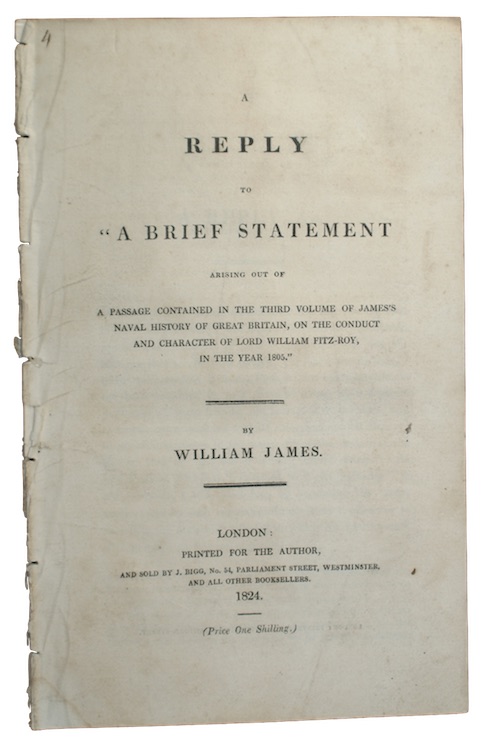 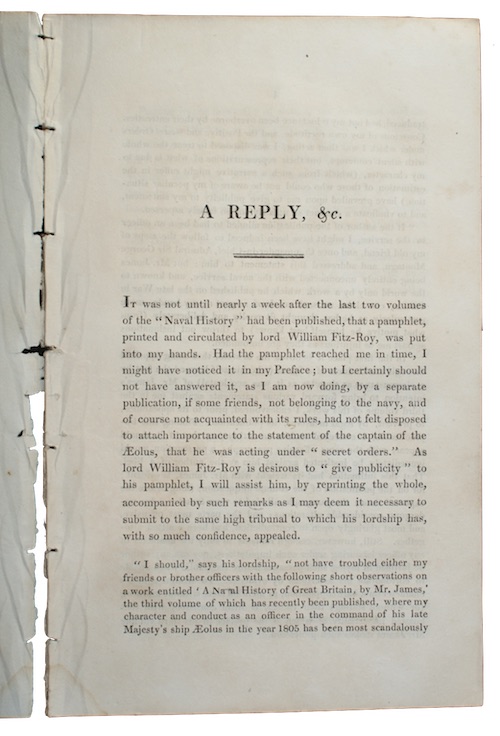 JAMES, William. A Reply to 'A Brief Statement Arising Out of a passage Contained in the Third Volume of James's Naval History of Great Britain, on the Conduct and Character of Lord William Fitz-roy in the Year 1805'.

London. Printed for The Author and Sold By J. Bigg, 1824. First edition.
Call us Email us
8vo. 23pp, [1]. Disbound. Slightest of dust-soiling to title-page and terminal leaf, lightly foxed.
An extended and detailed account of a dispute arising between the acclaimed naval historian William James and Lord William Fitz-roy. Revealing of James' preference for historical accuracy over feathering the caps of lesser Captains of the Royal Navy during Napoleonic Wars, even when faced with threats of a libel suit, the pamphlet centres on the former's not altogether favourable discussion of the latter's reluctance to engage the French frigate Didon in August 1805, 'the extraordinary spectacle of two hostile frigates, not very unequally matched, retiring from each other'.

Rare, with COPAC locating a single copy, at Cambridge and OCLC adding only one further, at the University of Missouri, Kansas City.
£ 100.00 Antiquates Ref: 14565
This site uses cookies.Find out more.