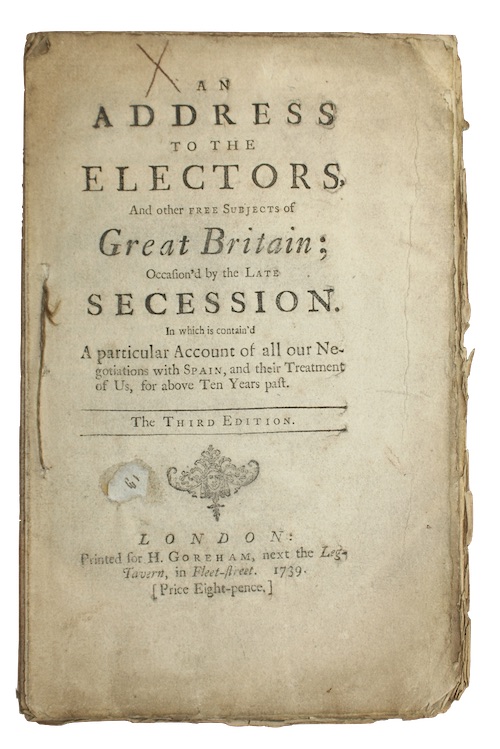 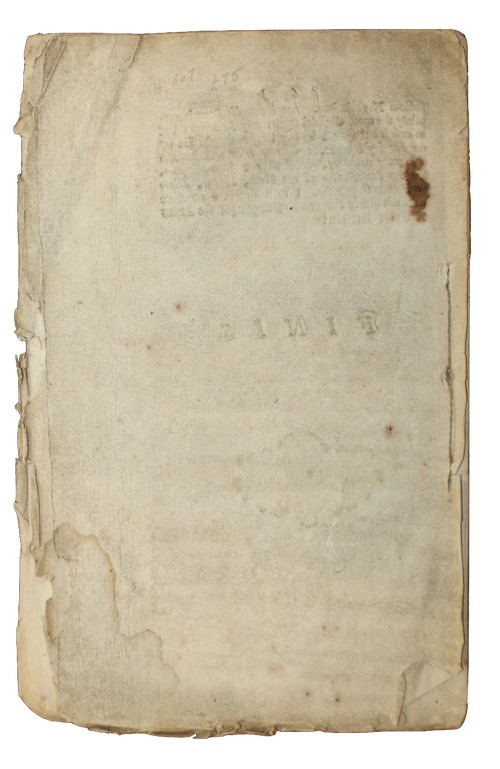 [ROBINS, Benjamin]. An address to the electors, And other free Subjects of Great Britain; Occasion'd by the Late secession. In which is contain'd A particular Account of all our Negotiations with Spain, and their Treatment of Us, for above Ten Years past.

London. Printed for H. Goreham, 1739. Thid edition.
Call us Email us
8vo. iv, 63pp, [1]. Uncut and largely unopened, stitched as issued. Pen trial and remnant of paper label to title-page, dust-soiled, light marginal damp-staining to final gathering.
Benjamin Robins (1707-1751), English military engineer who pioneered the use of Newtonian mathematics within the armed forces, particularly in application of artillery design. Robins' involvement with the military would lead to an interest in political affairs and the writing of numerous pamphlets on the state of government. Here Robins debates the effectiveness of Parliament during treaties with Spain in the years following the Anglo-Spanish War (1727-29), finding them somewhat lacking and concerned that if Britain does not press her advantage another war with Spain will be inevitable.
ESTC N3840.
£ 75.00 Antiquates Ref: 14607
This site uses cookies.Find out more.