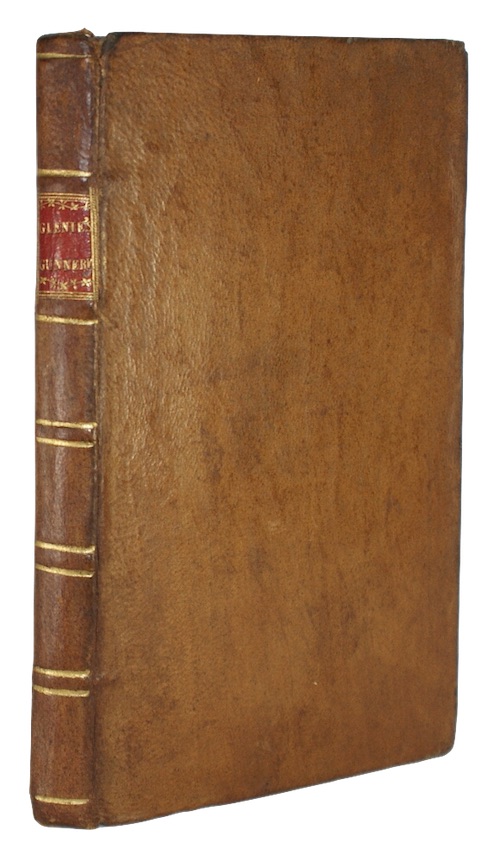 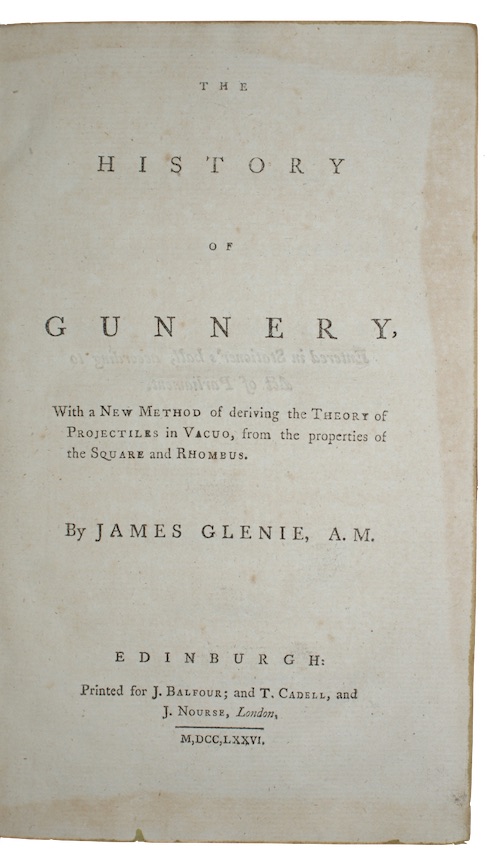 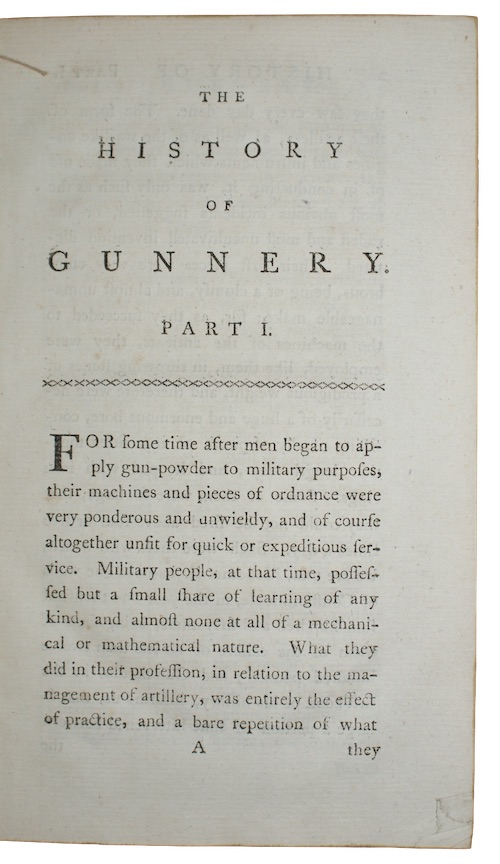 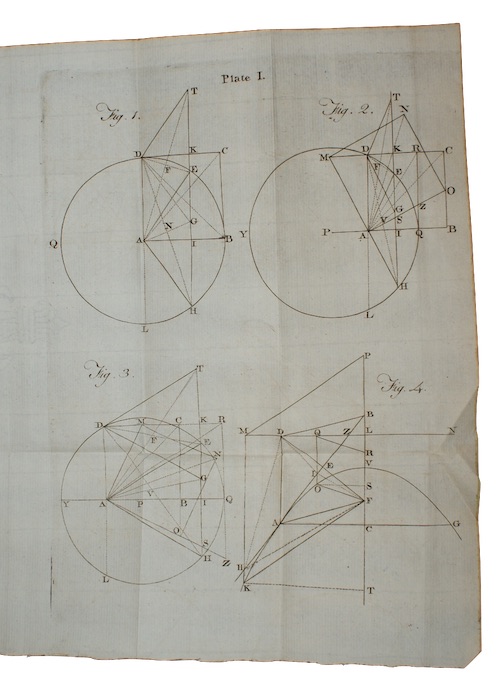 GLENIE, James. The history of gunnery, With a New Method of deriving the Theory of Projectiles in Vacuo, from the properties of the Square and Rhombus.

Edinburgh. Printed for J. Balfour; and T. Cadell, and J. Nourse, 1776. First edition.
Call us Email us
8vo. viii, 163pp, [1]. With two engraved folding plates. Contemporary sheep, contrasting red morocco lettering-piece, gilt. Lightly rubbed, some short cracks to joints. Recent bookplate of Robert J. Hayhurst to FEP.
A choice copy, in a contemporary binding, of Scottish soldier and mathematician James Glenie's (bap. 1750, d.1817) historico-mathematical study of the science of artillery. Glenie, following the profession of his father, joined the army after studying at St. Andrews, and embarked for North America with his regiment on the outbreak of the American War of Independence in 1775, where he served with Burgoyne and St. Leger. He was promoted to the rank of second lieutenant in the Royal Artillery in November 1776, before transferring to the Engineers three years later. He was in the same year elected, not least because of the publication of this work and several papers in the Philosophical Transactions, as a fellow of the Royal Society despite his absence from Great Britain, and continued in service of the army in British North America until the late 1780s.