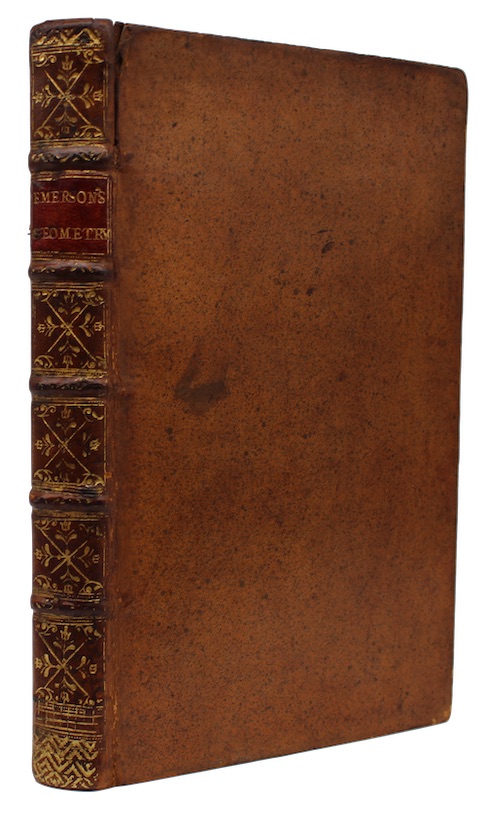 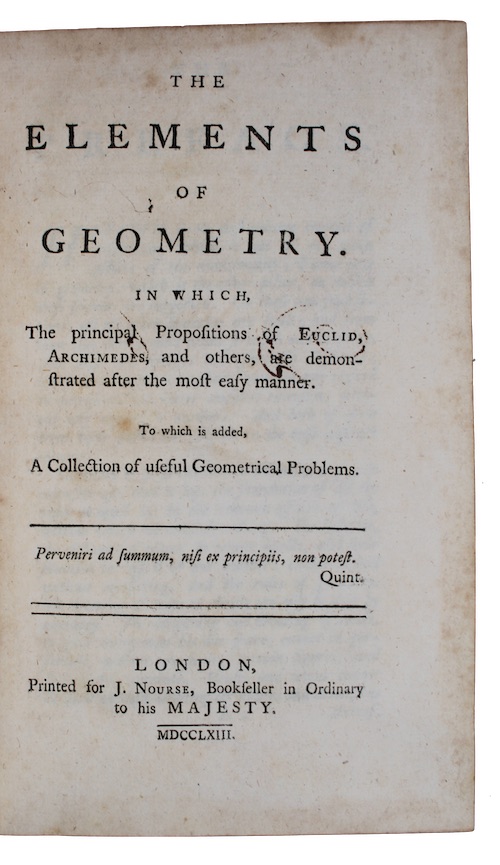 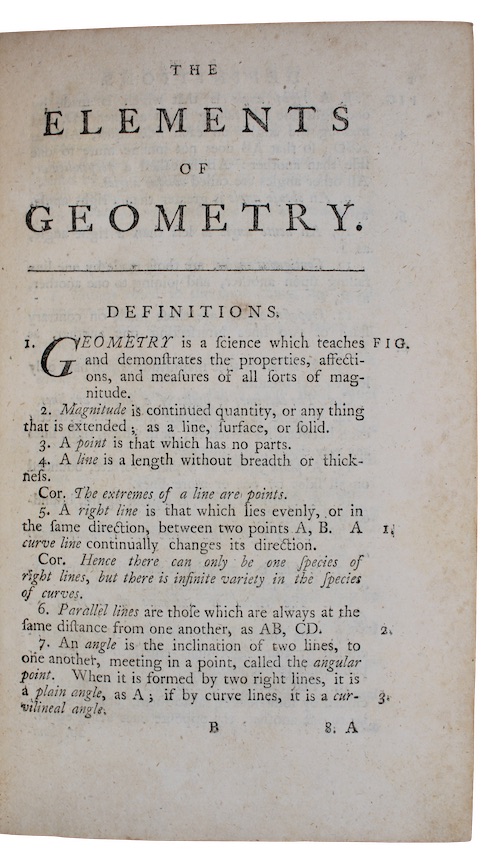 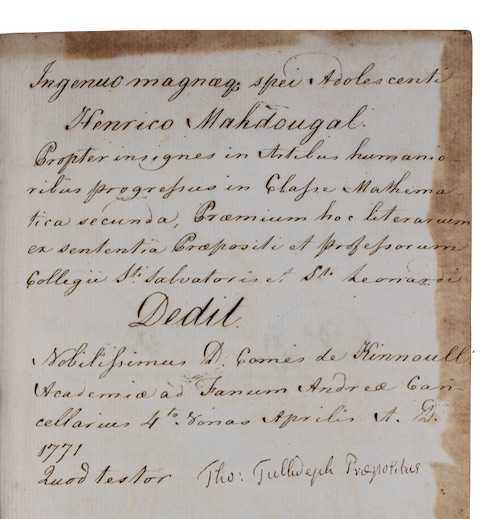 [EMERSON, William]. The elements of geometry. In which, The principal Propositions of Euclid, Archimedes, and others, are demonstrated after the most easy manner. To which is added, A Collection of useful Geometircal Problems.

[Bound with:] [EMERSON, William]. The doctrine of proportion, arithmetical and geometrical. Together with a general Method of arguing by proportional Quantities. London. Printed for J. Nourse, 1763. First edition. iv, 32pp. ESTC T77180.

8vo. Contemporary speckled calf, contrasting red morocco lettering-piece, spine richly gilt. Lightly rubbed and marked, upper joint split at head. Some ink-spotting to title page of first mentioned work, else internally clean and crisp. With the recent bookplate of Robert J. Hayhurst to FEP, and a lengthy near-contemporary manuscript prize inscription (awarded to 'Henrico Makdougal') from the United College of St. Salvator and St. Leonard.
A handsome pair of two mathematical works awarded, as a prize to Henry MacDougal, by the United College of St. Salvator and St. Leonard, one of two statutory colleges of the University of St. Andrews, formed by merger in 1747.

In 1763 English mathematician William Emerson (1701-1782) arranged with publisher John Nourse to produce a series of mathematical manuals aimed towards students. The works found success due to Emerson's comprehensive grasp of a wide variety of concepts within numerous branches of his field, despite a lack of involvement in the mathematical community of the day or significant original contribution.