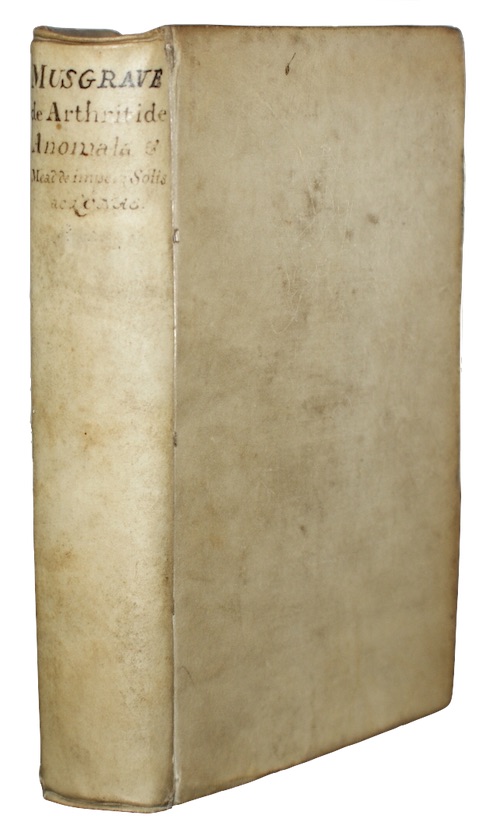 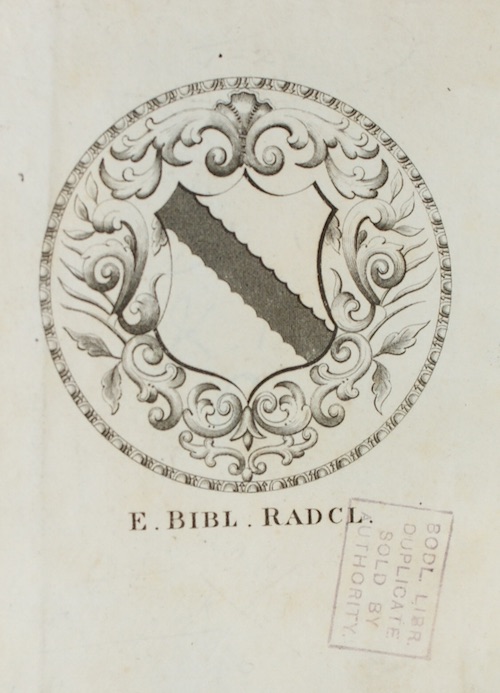 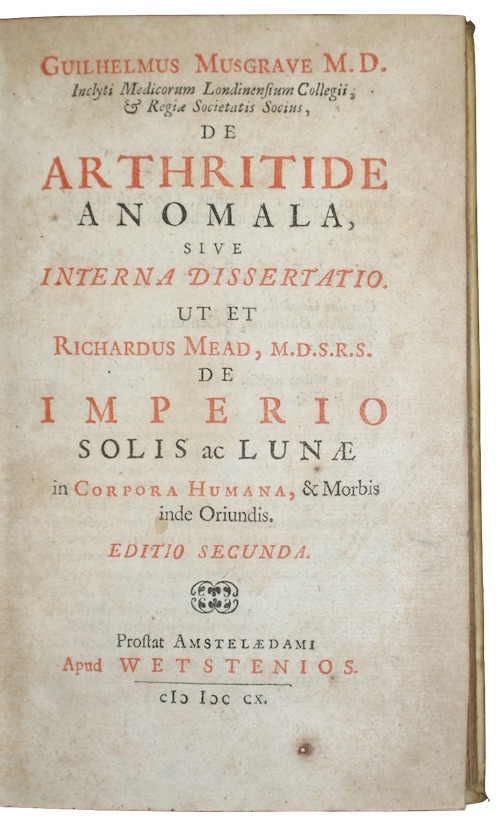 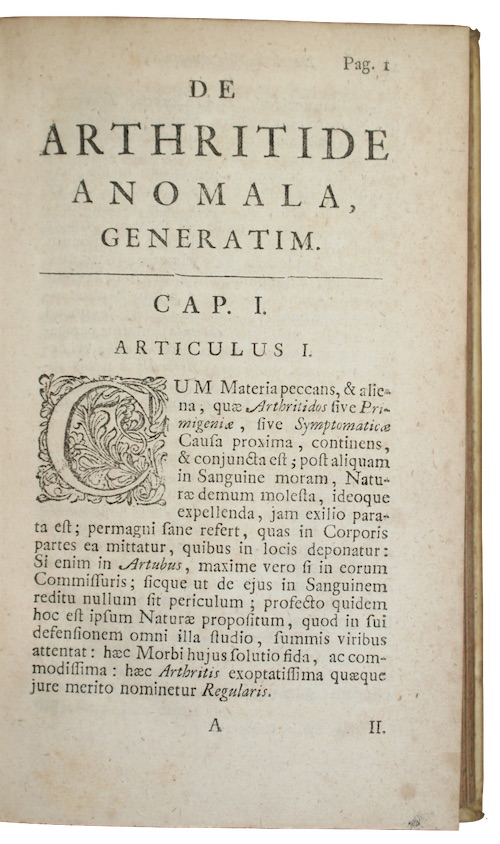 Amstelaedami [i.e. Amsterdam]. Apud Wetstenios, 1710. Editio secunda [i.e. second edition].
Call us Email us
8vo. [16], 391pp, [17]. Title in red and black. Contemporary vellum, title in manuscript to spine. Extremities a trifle discoloured. bookplate of Robert J. Hayhurst to FFEP, very small hole to text of K3 - without loss of sense, leaves lightly toned/foxed. Formerly of the Radcliffe collections, with their armorial bookplate to FEP.
Physician William Musgrave's (1655-1721) second published work on the causes and symptoms of arthritis; first printed at Exeter in 1707. This second edition, printed in the continent, is the first to include Richard Mead's (1673-1754) treatise exploring the influence of the sun and moon upon the human body - a work inspired by Newton's theory of tides - in which Mead argues that tidal fluctuations in the air are the cause of numerous ailments.

The estate of noted Oxford (and London) physician John Radcliffe (c.1652-1714) provided £40,000 for the construction of an Oxford library; the eponymous Radcliffe Camera. This was operate entirely separately to the University’s Bodleian until the mid-nineteenth century, when the Radcliffe collection of books was amalgamated with that of Bodley, and the scientific works moved to the newly constructed Radcliffe Science Library.
£ 500.00 Antiquates Ref: 14621
This site uses cookies.Find out more.