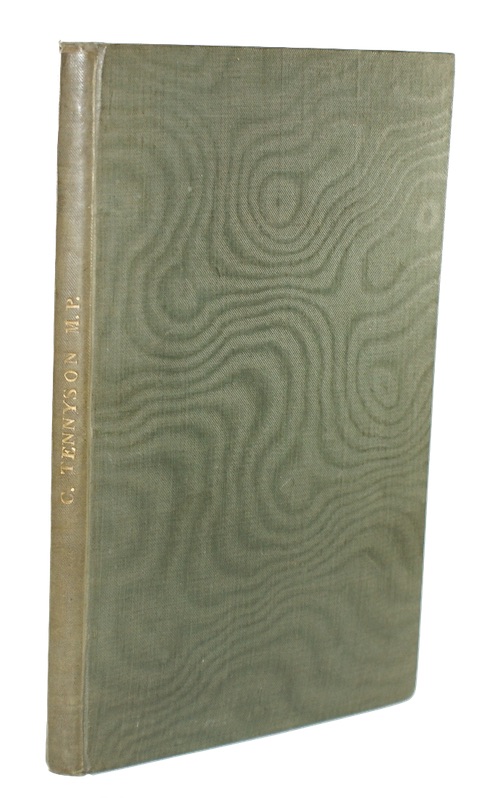 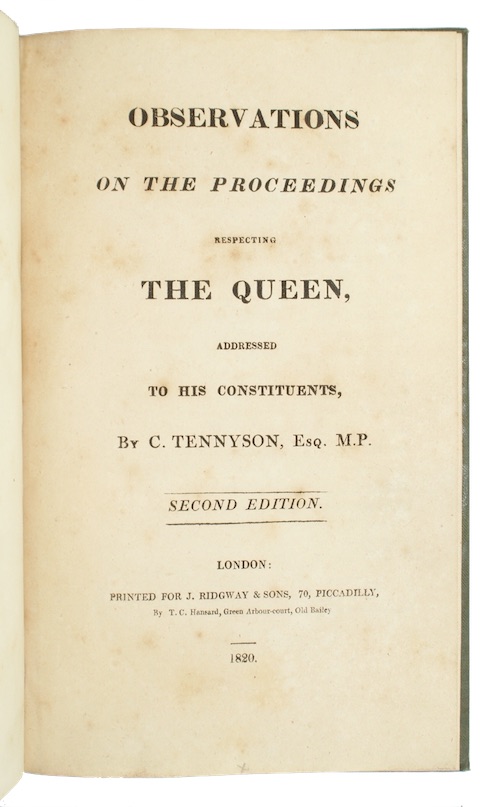 TENNYSON, C[harles]. Observations on the proceedings respecting the queen, addressed to his constituents.

[Bound with:] TENNYSON, Charles. Speech of Charles Tennyson, Esq. in the House of Commons, May 19, 1828, on Mr. Nicholson Calvert's motion to substitute the hundred of Bassetlaw for the town of Birmingham, in the bill for disfranchising the borough of East Retford. London. Published at the Office of the Mirror of Parliament, 1829. Fourth edition. 41pp, [1].

8vo. Recent green cloth, lettered in gilt. Slightest of rubbing, spine a trifle sunned. Armorial bookplate of 'Baron Hambro' to FEP, lightly foxed.
Two speeches by whig politician Charles Tennyson (1784-1861). The first, addressed to the members of his constituency of Great Grimsby, demonstrates Tennyson's royalist sympathies and vehement support of Queen Caroline, consort of George IV. The latter speech is born of the politician's support for piecemeal parliamentary reform via the redistribution of seats. His motion to disfranchise East Retford, transferring the seats to Birmingham, would lead to the breakup of the tory government. Tennyson's political accomplishments have subsequently been overshadowed by his outspoken chagrin and distaste towards the character and poetry of his nephew, Alfred Lord Tennyson.
£ 100.00 Antiquates Ref: 14642
This site uses cookies.Find out more.