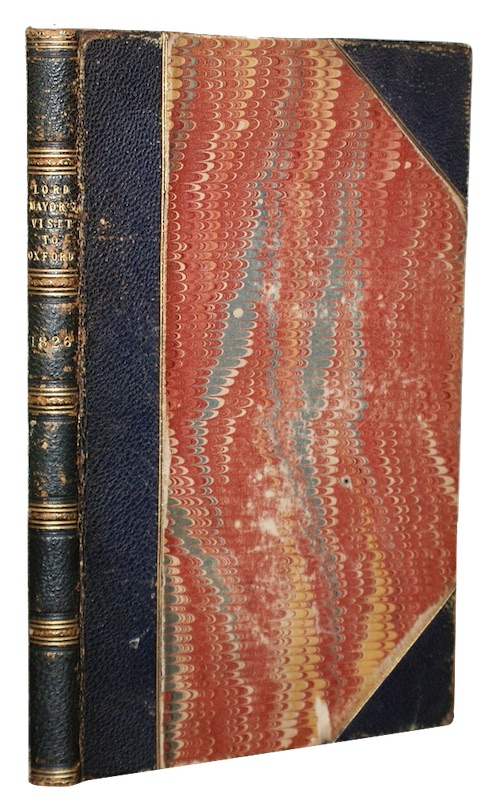 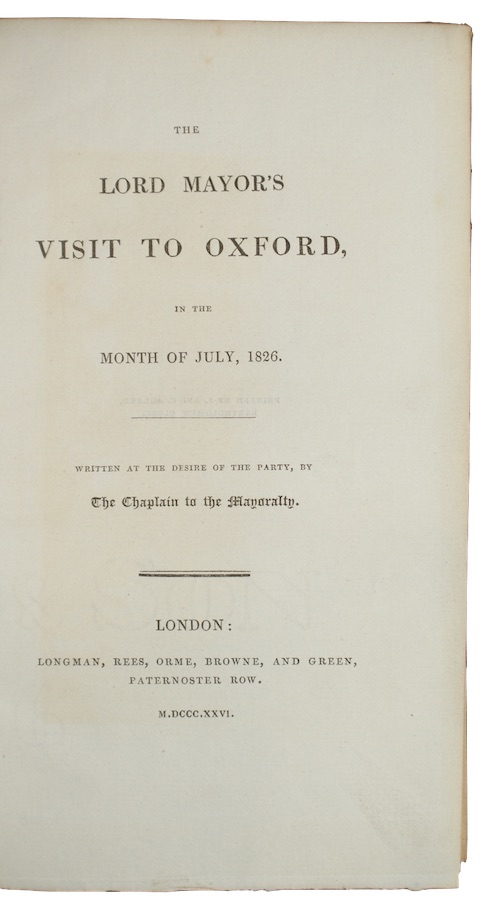 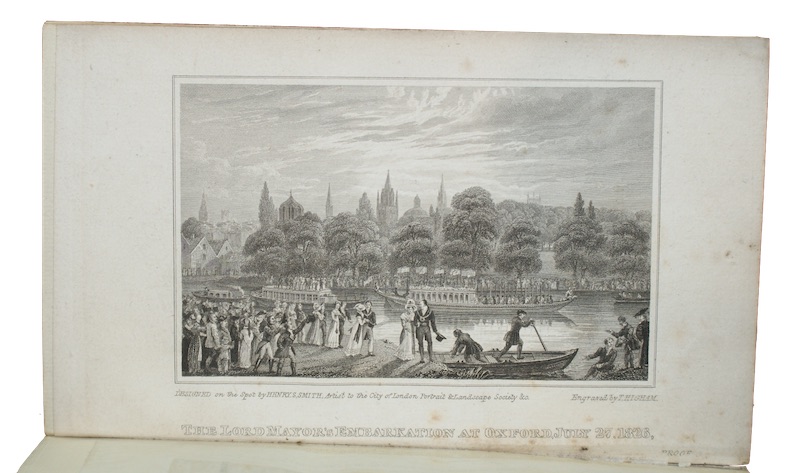 [DILLON, Robert Crawford]. The Lord Mayor's visit to Oxford, in the month of July, 1826. Written at the desire of the party, by the Chaplain to the Mayoralty.

London. Longman, Rees, Orme, Browne, and Green, 1826. First edition.
Call us Email us
8vo. vi, 157pp, [3]. With an engraved frontispiece and one engraved plate. Contemporary black half-morocco, marbled boards, gilt, T.E.G. Some rubbing to extremities, particularly to spine. Marbled endpapers, occasional light spotting.
Robert Crawford Dillon (1795-1847) served as chaplain to William Venables during his term as lord mayor of London. In 1826 he accompanied the lord mayor and corporation on an official visit to Oxford, which, on Venables' request, Dillon documented - an account that would quickly become notorious. The preface acknowledges that 'it is a species of writing not altogether in accordance with the sacred profession of which the writer is the unworthiest member'. The style is hyperbolic and it was felt that the mayoral party had been held up to ridicule. In response Dillon tried to buy up copies, which were rigorously suppressed.
£ 150.00 Antiquates Ref: 14712
This site uses cookies.Find out more.