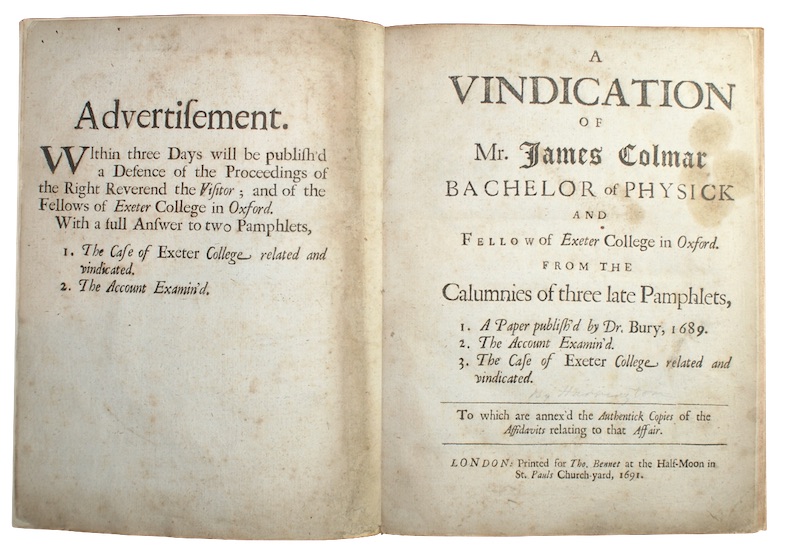 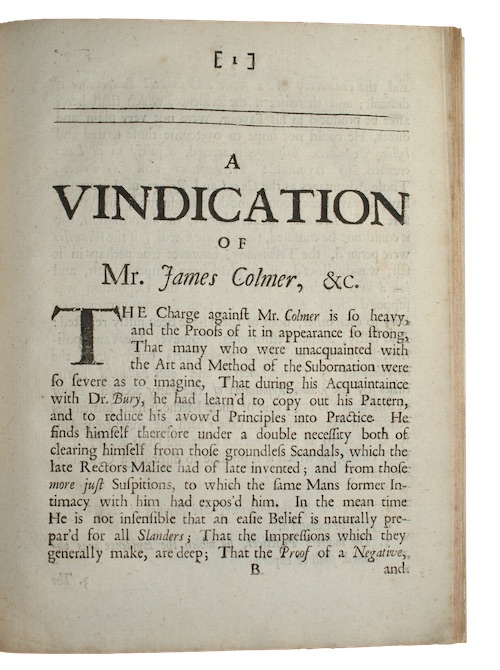 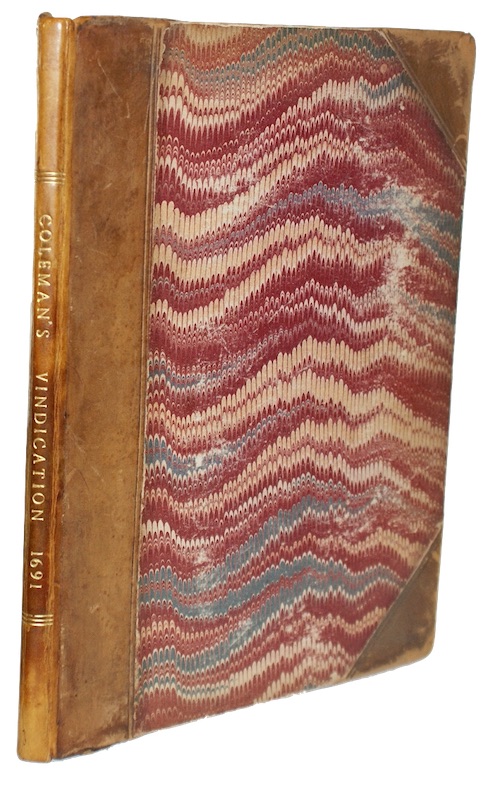 [HARRINGTON, James]. A vindication of Mr. James Colmar Bachelor of Physick and Fellow of Exeter College in Oxford. From the calumnies of three late pamphlets, 1. A paper publish'd by Dr. Bury, 1689. 2. The account examin'd. 3. The case of Exeter College related and vindicated. To which are annex'd the authentick copies of the affidavits relating to that affair.

London. Printed by Tho. Bennet, 1691. First edition.
Call us Email us
Quarto. [8], 43pp, [1]. With an initial advertisement leaf. Later half-calf, marbled boards, recent rebacked to style. A trifle rubbed. Foxed throughout.
A treatise by lawyer James Harrington (1664-1693) written in an attempt to absolve the character of University of Oxford fellow, James Colmar. Harrington, who often made routine motions in king's bench on behalf of the university, here responds to the actions relating to Colmar's dismissal by the rector of Exeter College, Arthur Bury, following accusations of adultery.
ESTC R12764, Wing H835.
£ 200.00 Antiquates Ref: 14720
This site uses cookies.Find out more.