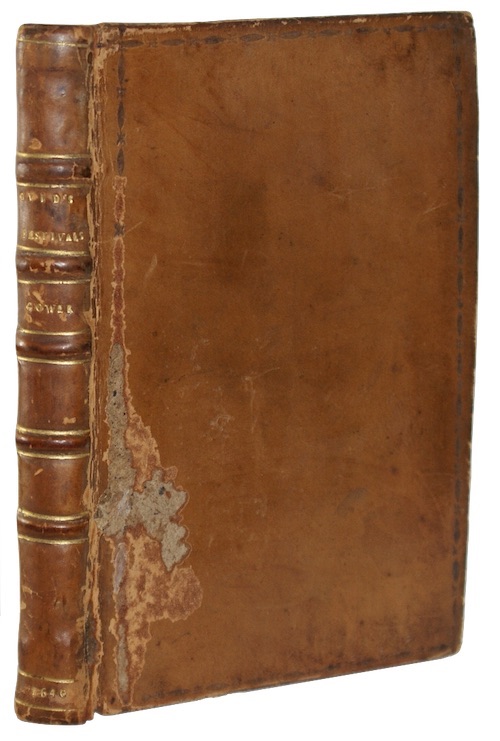 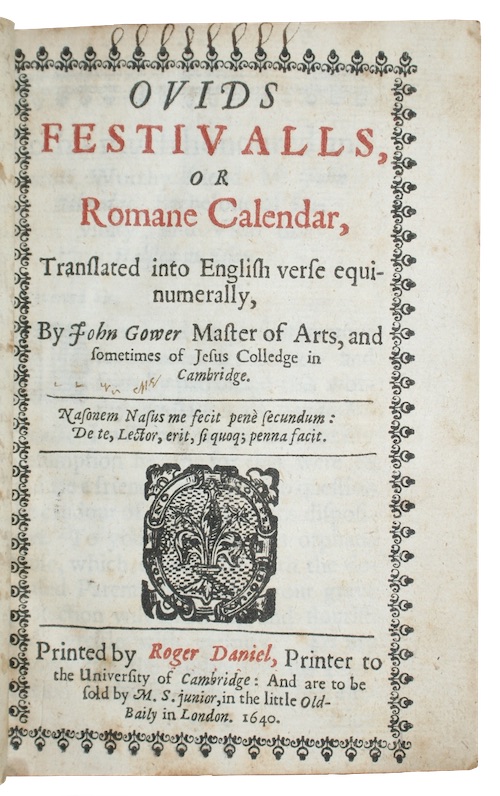 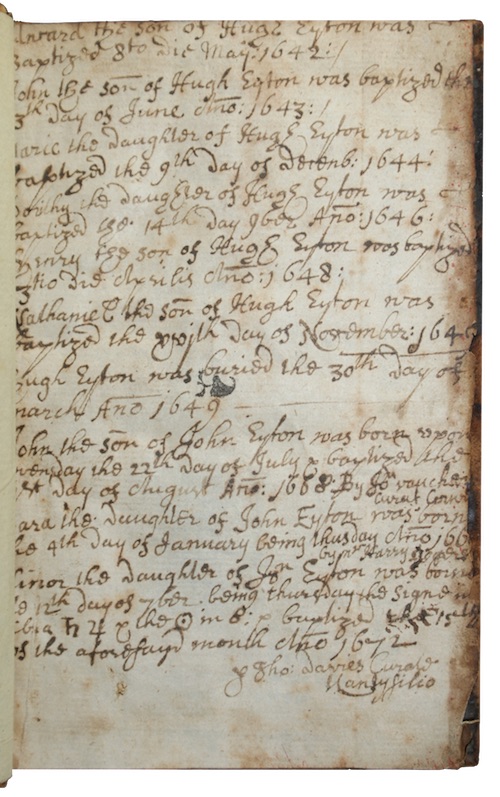 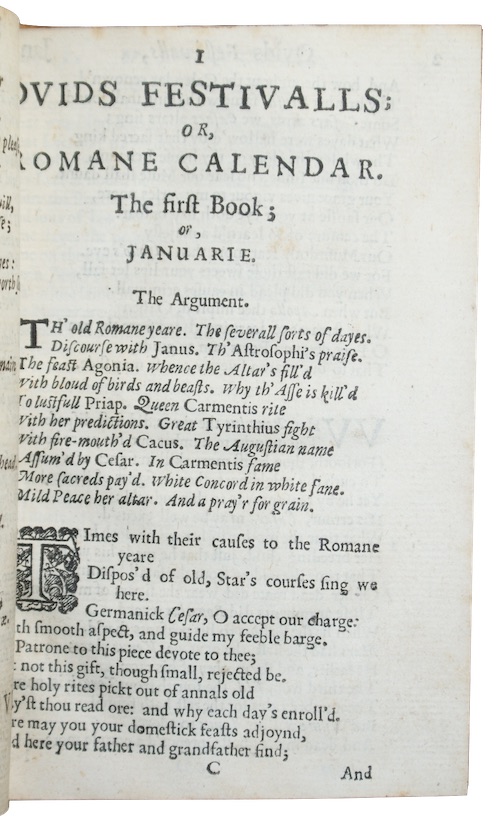 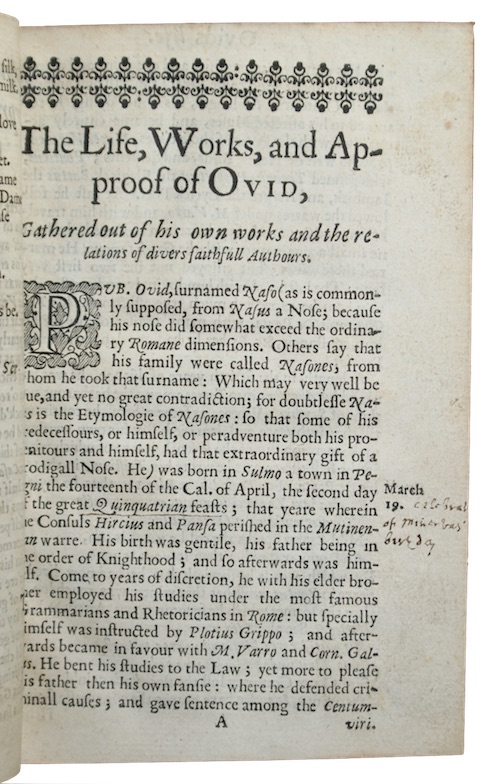 [Cambridge]. Printed by Roger Daniel, Printer to the University of Cambridge: And are to be sold by M[ichael] S[parke] junior, 1640.
Call us Email us
8vo. [42], 146pp, [2]. With an initial leaf, blank except for a fleuron, and a terminal imprimatur leaf. Title in red and black. Later blind-tooled calf, gilt. Extremities worn, insect damage, surface loss, and marking to boards. Shelf-label of the Porkington Library to FEP, occasional ink-spotting, family chronology to recto of initial blank leaf, pen-trials to title-page, p.146, and imprimatur leaf.
The first translation into English of Ovid's Fasti, done by Master of Arts John Gower, graduate of Jesus College, Cambridge. The dedication, to John Etheridge, Vicar of Halstead, Essex and former fellow of Queen's College Cambridge (1615-1626), is signed Edward Alliston and suggests that the work was printed posthumously. Thereafter follows an epistle in tribute to the translator signed Isaac Tinckler, which contains the somewhat condescending line: 'Now Ovid hath his wish, that he may be / In English read upon a Ladies knee.' The work includes a life of the Roman poet, as well as an adaptation of 'Clio's complaint for the death of Ovid'. A concurrently printed variant (STC 18948.5) omits Sparke's name in imprint.
ESTC S113673, Grolier, Wither to Prior 405, STC 18948.
£ 750.00 Antiquates Ref: 15017
This site uses cookies.Find out more.