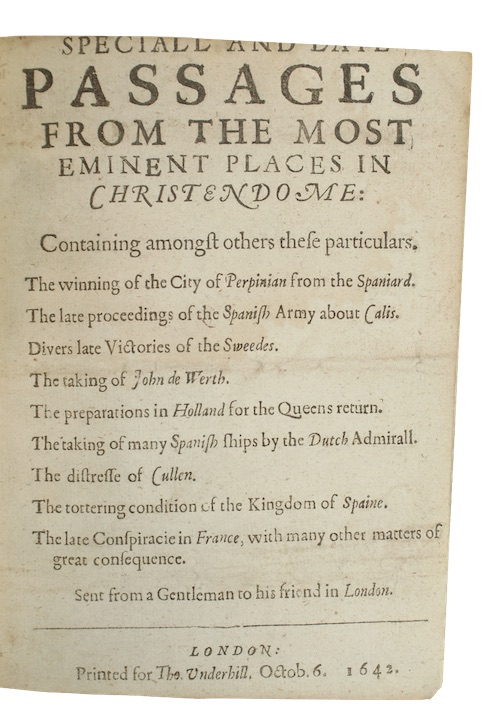 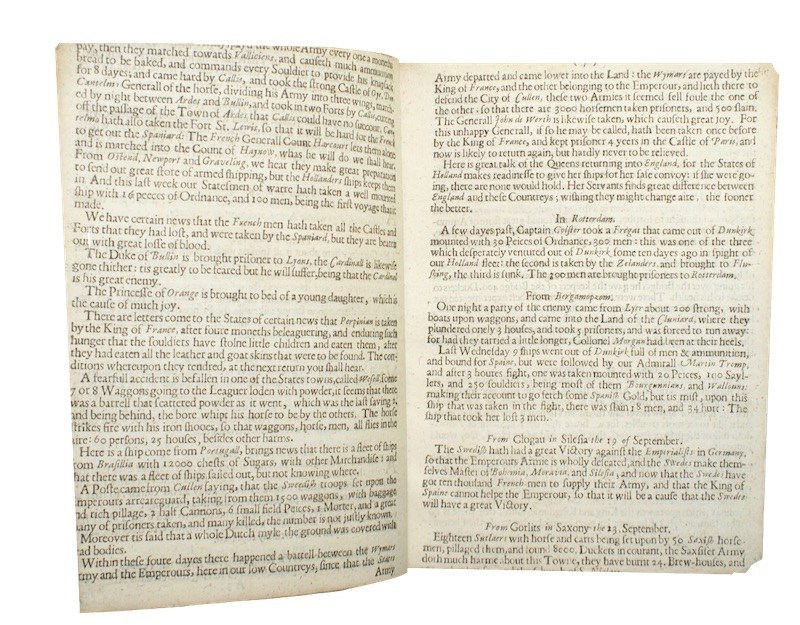 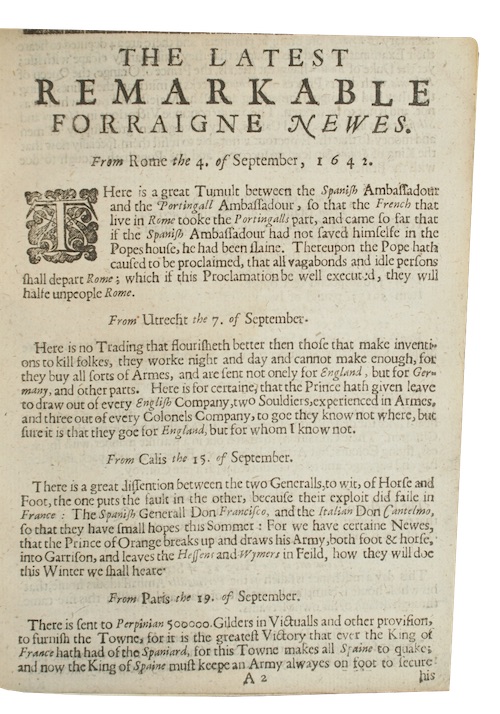 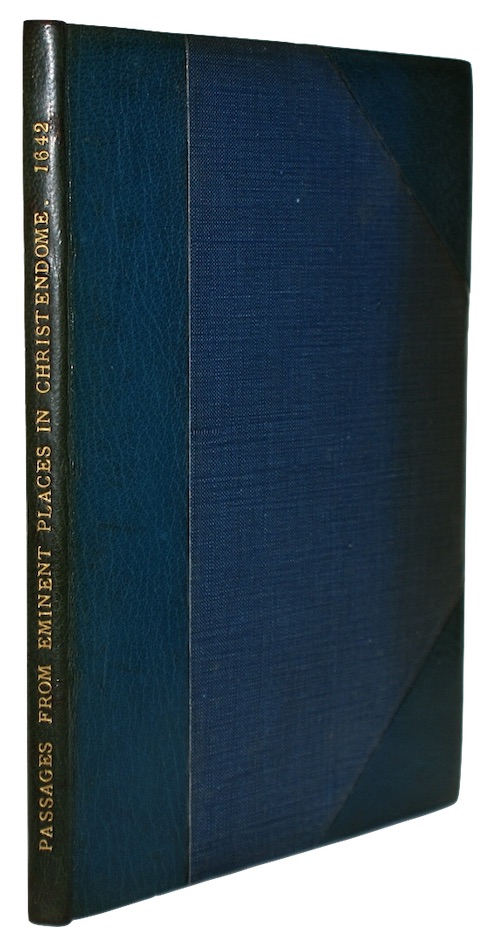 [THIRTY YEARS WAR]. Speciall and late passages from the most eminent places in Christendome...

London. Printed for Tho. Underhill, 1642. First edition.
Call us Email us
Quarto. 60 [i.e. 8]pp. Recent turquoise half-morocco, blue cloth boards, lettered in gilt, T.E.G. Slight discolouration to extremities. Recent marbled endpapers, shaving to margins with loss of text and sense.
A succinct relation of the primary events of the Thirty Years' War during August and September 1642, particularly in regard to Spanish losses, including the liberation of Perpignan by French forces following a 14 month long siege ‘and the greatest miserie as hath been heard since the destruction of Jerusalem; for Mothers hath eaten their owne Children’.